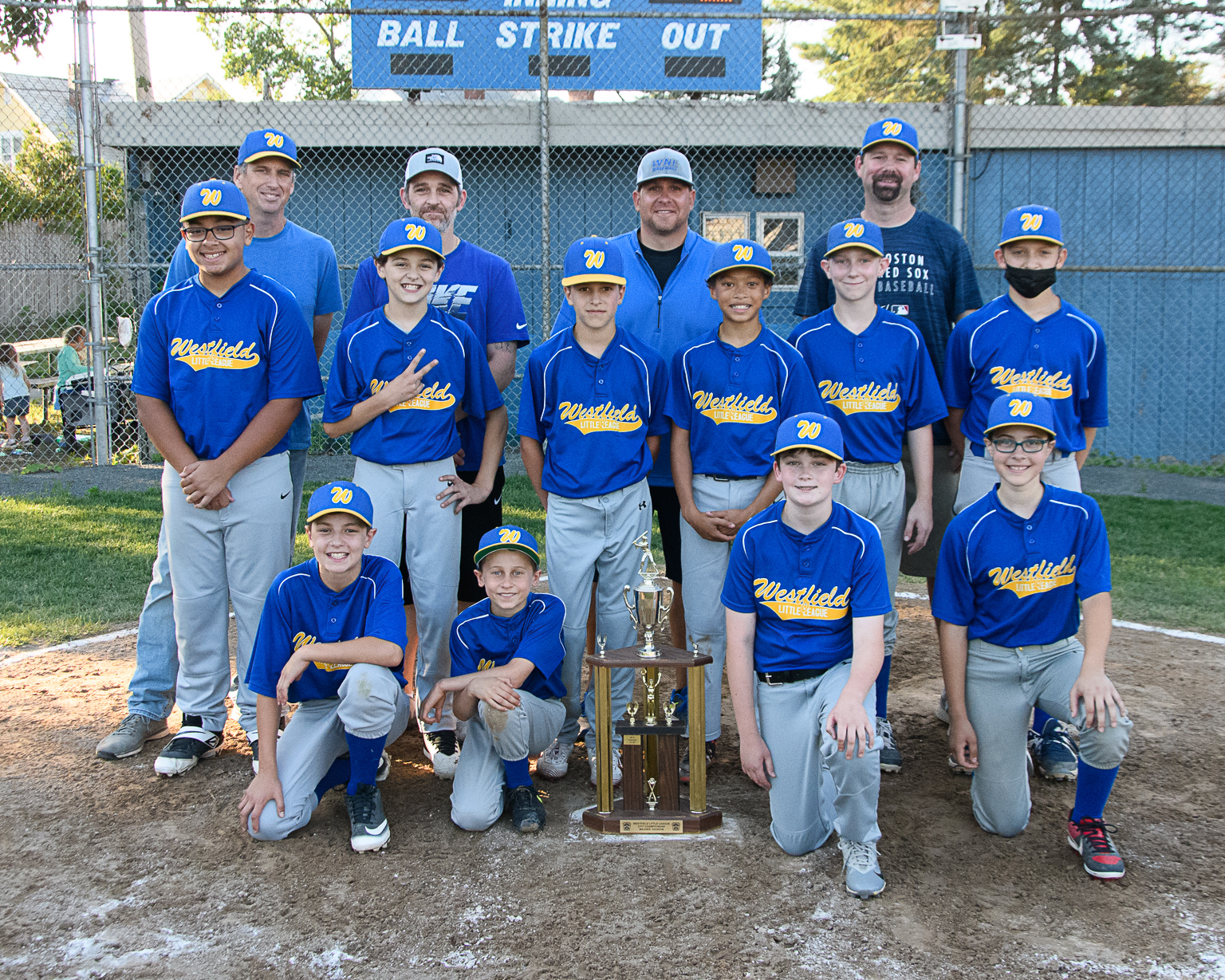 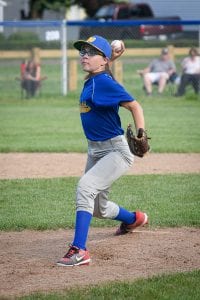 WESTFIELD – Kiwanis Club (2013) … Sons of Erin (2014) … Moose Lodge (2015) … Kiwanis Club, again (2016) … Commercial Distributing (2017) … Kiwanis Club, for the third time (2018) … Slovak Club (2019) … and now Advance MFG.
Advance MFG joined the ranks of seven previous Westfield Little League Majors Tournament champions with a thrilling 2-1 win in the bottom of the sixth inning of the title game Tuesday night at Ralph E. Sanville Field on Cross Street.
Bryce Golec manufactured the winning run, walking to begin the final inning, advancing to second on an Audrey Amaral walk, advancing to third on a wild pitch and scoring on an errant throw to third base.
Amaral was sensational on the mound for Advance. She scattered three hits, struck out seven batters, and hit two by pitch. But that is not all – – she had five assists.
“I was trying my hardest to pitch strikes, trying not to lose anybody (at the plate),” said Amaral, who relied primarily on her four-seam fastball to get outs. “I’m just really happy. It’s fun having a good team.”
Both starting pitchers were electric and nearly impossible to hit in the game’s first two innings.
Amaral needed just 26 pitches to retire all eight of the batters she faced to begin the game. Sons’ Porter Marchacos hit a two-out double in the first, but Amaral bounced back to force a fly out to end the threat. She retired three of the four batters she faced in the second, hitting a batter and striking out two.
Sons pitcher Liam Priest was equally impressive.
Priest mowed down six of seven batters through the first two innings by way of the strikeout. The only hiccup was a walk to Ben Niemec to begin the second. Priest struck out the next three batters to end the inning.
Sons finally got to Amaral in the third with patience and a little bit of luck. Alex Saalfrank led off the third with a hard chopper that took a high hop over the shortstop’s extended glove hand. Joe Iarrusso reached on a hit-by-pitch. Then with two outs, Coen Marchacos drove in a run with a double that dropped in just inside the foul line in right field.
Advance wasted a golden opportunity to tie the game in the bottom half of the inning, loading the bases with a single from Jaylen Dean, and walks from Dylan Rozell and Chase Mackey. Priest retired the next two batters though – – one via K and one by way of a ground out – – to end the threat.
Advance would not let the next chance pass them by. Sean Aponte belted a one-out double to the center field fence in the bottom of the fourth inning. With two outs, Jacob Kotarski plated Aponte with a line drive single. The game was tied 1-all.
Amaral kept Sons off balance the rest of the way, retiring nine of 10 batters to end the game. Beginning with a strikeout to end the third, Amaral retired eight straight batters.
Priest finished with nine strikeouts, allowing just three hits over five full innings. He was lifted to begin the sixth.
With the Westfield Little League Baseball Majors Tournament Championship now behind them, several local 11-12-year-old Little Leaguers will embark on All-Stars season. Amaral is one of those elite players.
Said Amaral: “I’m just going try my hardest, try to make the starting lineup and do my best.”