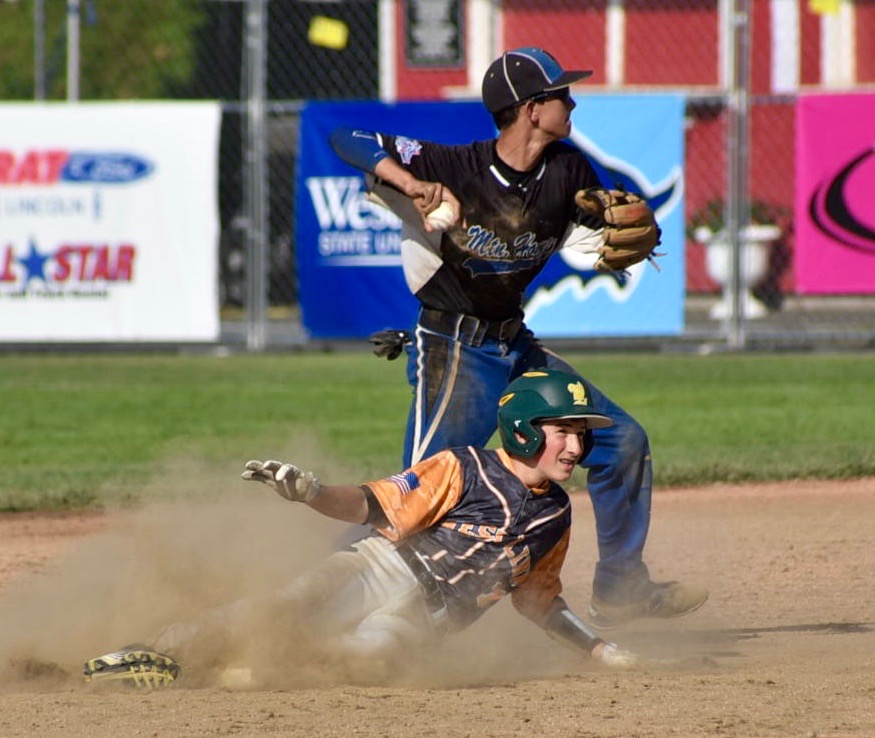 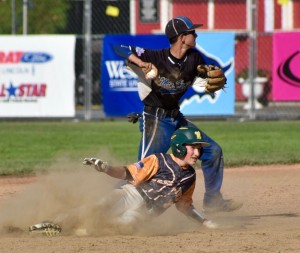 WESTFIELD – There was no shortage of offense in the Arkansas-West Linn game, as Mountain Home (AR) beat West Linn (OR) 15-8 in a seesaw game Sunday.
Through the first four innings of the game, there were four lead changes. However, Arkansas was able to put together eight total runs in the fifth and sixth innings, and all coming with two outs in each inning. The Arkansas victory was also aided by five West Linn errors that led to four unearned runs.
The scoring started early for Arkansas, who scored a run just three batters into the game when William Gross doubled to center field and knocked in Joshua Prinner. The next batter, Asa Smith, was able to then knock in another run with a sacrifice fly to right field, and a third run came in on a fielding error by West Linn.
Arkansas was able to add another run the following inning, but West Linn got on the board in the same inning when Jacob Sherman scored on a fielder’s choice. Then, Jacob Vu had a hard-hit single through the infield that scored Greyson Pihas, making it 4-2, in favor of Arkansas.
The two teams traded runs the following inning, and in the fourth, West Linn was able to have a big-scoring inning of their own with the help of two Arkansas errors. West Linn scored four times in the innings, giving them a 6-4 lead.
However, in the fifth, Arkansas was able to come back and take the lead for good. After the first two hitters of the inning went down on strikes, Prinner doubled to center and came around to score when the next hitter, Tanner Burnham, singled to right field.
Next batter walked, then Asa Smith came up and slapped a double through the left side that scored Burnham. Then, with two men on, Satchel Harris came up and hit a ball just a few feet short of clearing the fence. The well-hit ball turned into a double and scored two more runs, making it 10-7 Arkansas. Harris would later score on an error in the inning, giving Arkansas their fifth run of the frame.
Arkansas would not look back after that, scoring four more runs and yielding just one to West Linn.
The Ron Tellefson Awards, which go to the player of the game from each team, were awarded to Satchel Harris from Arkansas and Kyren Colarchik from West Linn. Harris ended the day 3-for-4 with two walks, two runs scored and four RBI. Colarchik ended his day 1-for-3 with two RBI.