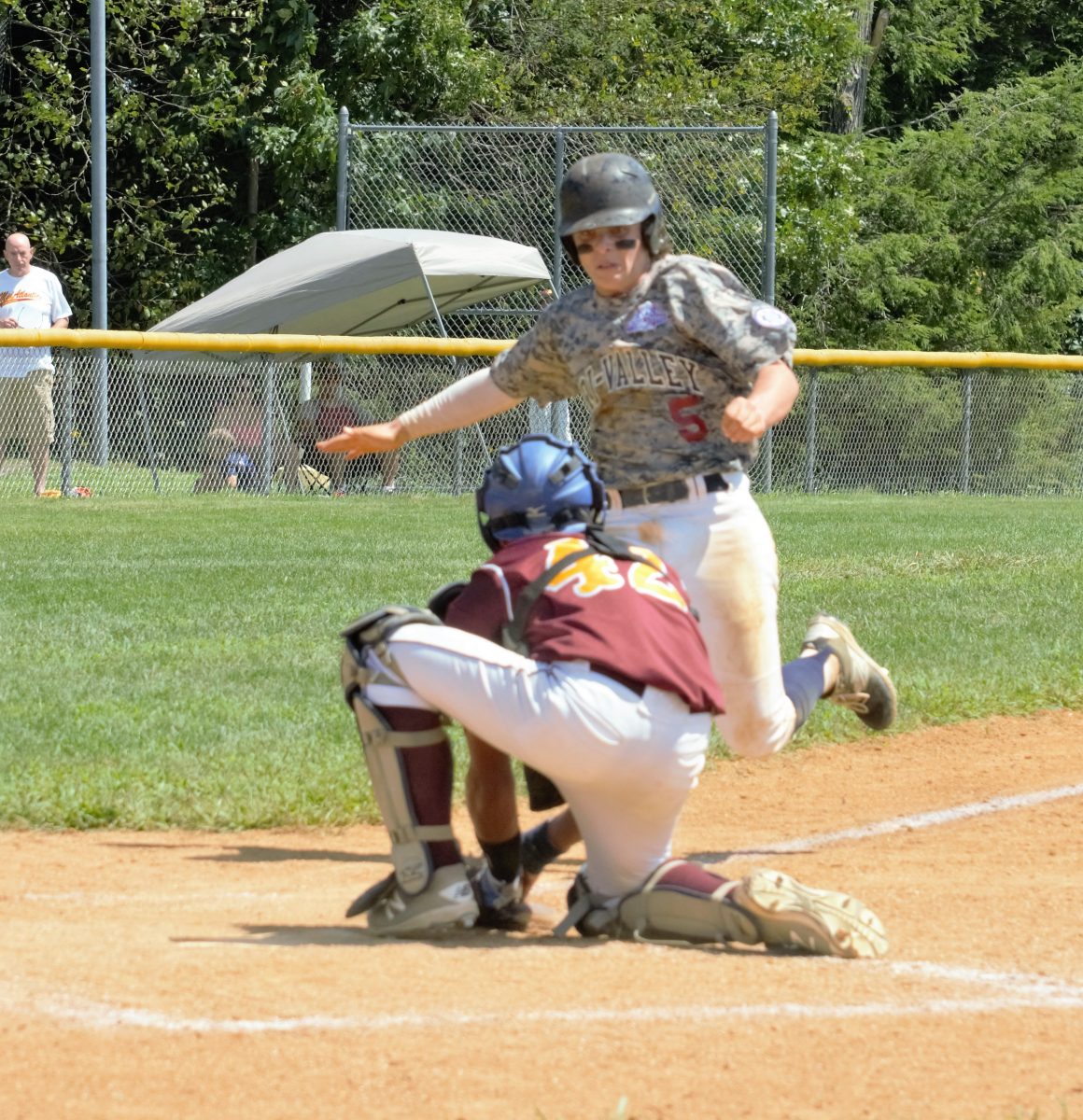 WESTFIELD – Tri-Valley (California) is not only in their own time zone.
The team from the Pacific Southwest is clearly playing in a different hemisphere right now as it continued to roll through the competition.
Tri-Valley raced out to a 5-0, first-inning en route to a convincing, mercy-shortened (five-inning) 10-0 win over Atlantic Shores (N.J.) Sunday at Bud and Jim Hagan Field at Westfield State. 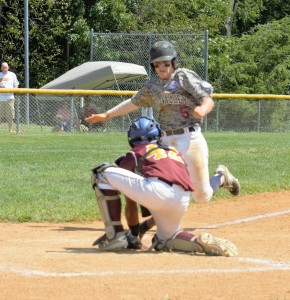 Tri-Valley, California’s Max Masajlo (6) gets past Brian Furey (42) for a run. (Photo by Lynn F. Boscher)

“We jumped out to a good early lead early on,” Tri-Valley lead-off batter Michael O’Hara said. “Getting the bats rolling was obviously a great thing. Max (Masajlo) was phenomenal on the mound. We didn’t have to play much. It was just catch the ball, do our job, and our offense – what more can you say. That’s how we are; that’s what we do.”
O’Hara, Joey Battilega, and Jack Grant singled to load the bases with no outs for Tri Valley in the bottom of the first inning. Thomas Gavello was hit by a pitch, scoring the first run of the game. A wild pitch made it 2-0. Jaden Sheppard hit a run-scoring base knock. Another wild pitch resulted in the team’s fourth run. A Max Masajlo base hit made it 5-0.
Tri-Valley tacked on another run in the second, courtesy of a Gavello RBI single.
The West Coast bunch scored four more in the third to pull away. O’Hara had the big hit of the inning featured an O’Hara two-run triple to make it 9-0.
Grant’s fifth-inning single resulted in the team’s 10th run, effectively ending the game.
Masajlo tossed a three-hitter, striking out two and walking none.