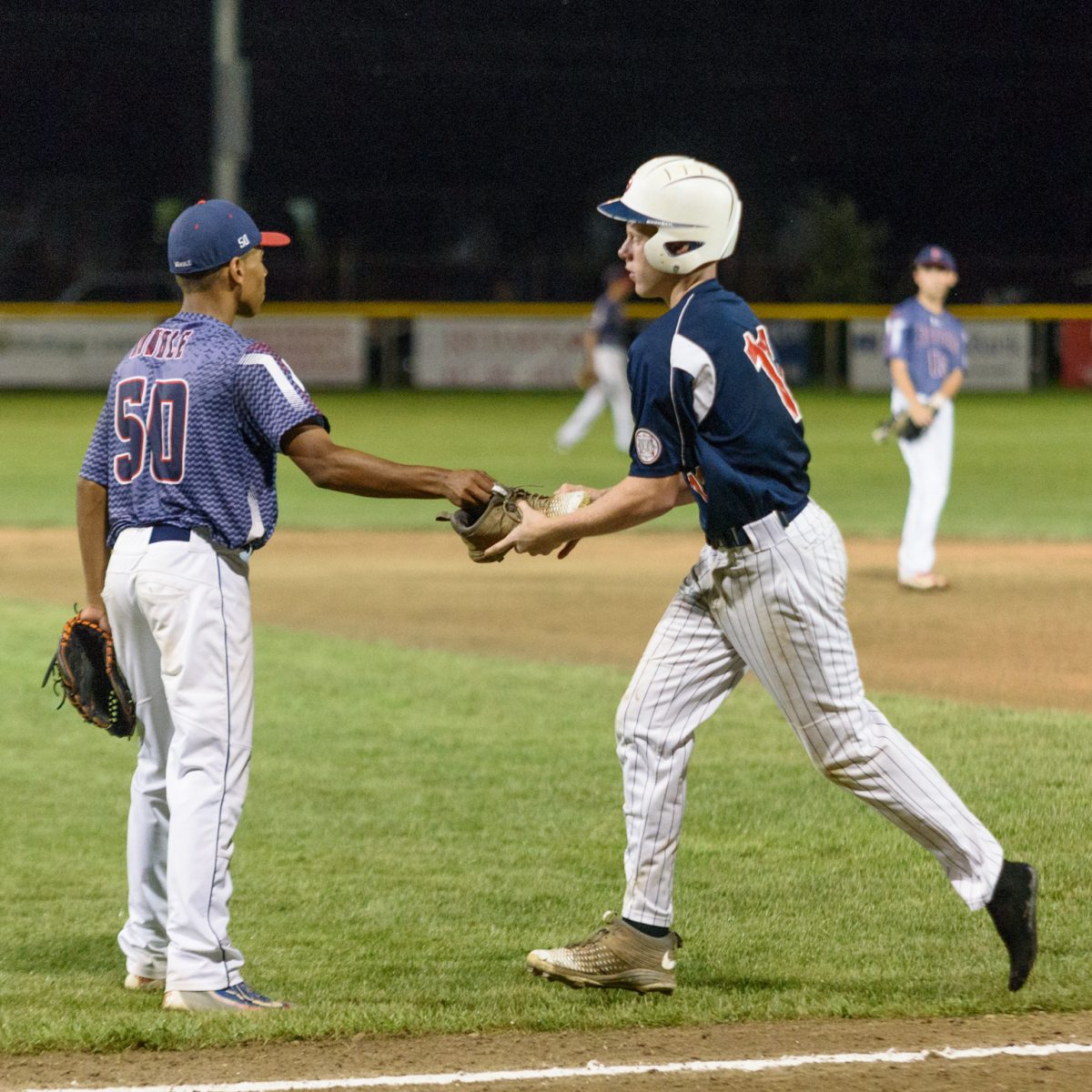 WESTFIELD – Pittsfield has been unable to get in the win column in the Babe Ruth World Series Tournament, this time losing 8-1 to 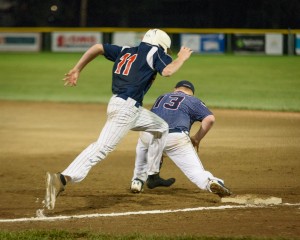 Missing something? Sarasota’s Zac Calhoon runs out of a shoe trying to make first base while Pittsfield’s Jacob Harrington goes for the stop Sunday night at Bullens Field. (Photo by Marc St. Onge)

Sarasota (FL) on Sunday night at Bullens Field.
Sarasota appeared to be in control of the game early, jumping out to a 2-0 lead in the first inning. Their first run came when Dylan Robertson scored on a Cade Nelson single to right field. Two batters later, another run came across on a passed ball.
The 2-0 lead was enough for Sarasota pitchers, as they were able to keep Pittsfield to just three hits on the night. Through the first two innings, Sarasota’s Evan Gibbs set down the Pittsfield hitters in order. In the third, Gibbs ran into some trouble after walking the first batter he faced, but was able to strand him by the end of the inning.
In the fourth, Gibbs aided his own efforts, this time from the batter’s box, as he hit a single to right field that scored Alex Boot-Handford, giving Sarasota a 3-0 lead.
Pittsfield’s lone run came in the fifth, when Gibbs walked the first two batters that he faced, then struck out the third one. With runners on first and second and one out, Pittsfield’s Christian Womble – who has won the Ron Tellefson Award for player of the game twice already this tournament – hit a line drive single to center field that scored Dylan Burke. However, on the play Pittsfield ran into two outs trying to advance on the bases.
Sarasota proceeded to score five more times in the sixth and seventh innings combined, and beat Pittsfield 8-1.
The Ron Tellefson Awards for each team were given to Womble and Sam Miller of Sarasota. Womble was 2-for-3 with an RBI, while Miller was 2-for-4 with an RBI and run scored.