The Westfield Concert Series, a first of its kind in Westfield, builds the city’s cultural portfolio, which includes theatre and music performances at Westfield State University, Westfield On Weekends, summer music at Stanley Park, and the Westfield Theater Group.

According to Pagluica, “”We’ll have something for everyone, including rock, pop, blues, Celtic music, country, jazz, and soul.”.

The series kicks off on November 8 with The Carole King Tribute-Home Again; a music group to announced on November 9, and The Weeklings Beatles Tribute on November 10. The Westfield Concert Series line-up is available at: www.westfieldconcerts.com.

Berry and Pagluica will share their concert series on the October 25 edition of ArtsBeat on 89.5fm/WSKB and Westfield Community Program Channel 15. Tune in at 8AM or steam at www.wskb.org. 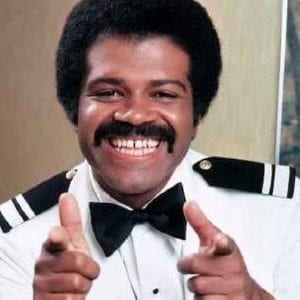 TheaterWorks’ ‘Christmas on The Rocks’ Sets Sail With A New Bartender

Ted Lange from TV’s The Love Boat joins the TheaterWorks company for their annual Christmas On The Rocks, running December 1-23. Rob Ruggiero directs the playlets which tell the tales of children from holiday classics revisited as dysfunctional adults at a wayward bar on Christmas Eve. Jenn Harris and Randy Harrison return as an array of characters from Charlie Brown to Clara of The Nutcracker fame. For details: http://www.theaterworkshartford.org/

The Berkshire Theatre Group has purchased and renovated the Thaddeus Clapp House at 74 Wendell Ave, Pittsfield.. Following a $1.1 million restoration, The Thaddeus Clapp House twill serve as actor housing, and be available to rent for special events. This space has allowed BTG to expand its Pittsfield Campus, and become stewards of this historic gem, just as they have been stewards of the Colonial, which is only a short walk away from the Clapp House. For details: www.berkhiretheatregroup.org. 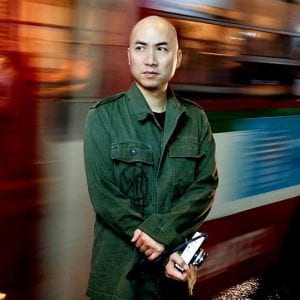 Michael Sakamoto has been named in the newly created position of Associate Director of Programming at The UMass Fine Arts Center. . His primary role will be to help lead the curatorial and outreach activities around all performing arts presented by the Fine Arts Center. Moreover, Sakamoto will serve as Director of the Asian Arts and Culture Program, succeeding Ranjanaa Devi, who retired last year after over 25 years as the founding director. For details on the UMass Fine Arts Center programs: www.fineartscenter.com

The [email protected] Chorus goes classical, when they join members of The Springfield Symphony and the and SciTech Band (The Pride of Springfield) for one performance at Northampton’s Academy of Music on November 16. For details: www.aomtheatre.com.

Area Theatre Resources. The area is rich in community theatre and college and university performances. Many fly under the radar, because the mainstream media have limited resources to cover or list every performance. Three area online resources offer listings, previews, and occasionally reviews, as well as audition notices. The former Bravo Newspaper is now an online resource called In The Spotlight. They cover music, dance, and theatre. For details: :http://www.inthespotlightinc.org/  The Pioneer Valley Theatre News primarily covers theatre, and they have an email newsletter. For details: http://www.pioneervalleytheatre.com/ Berkshire Onstage covers theatre news in WMass, Southern VT, Northern CT, and Greater Albany. For details: https://berkshireonstage.wordpress.com/  The Berkshire Theatre Critics Association catalogues its members reviews of area performances.  http://berkshirecritics.org/reviews.htm 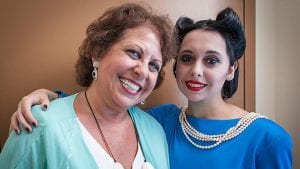 The Pittsfield City Jazz Festival will feature a rare pairing of  legendary vocalist Stephanie Nakasian, a Berkshire favorite, with her daughter, Veronica Swift, on October 19,at the Berkhire Theatre Group’s Colonial Theatre in Pittsfield, MA. Vocalist Stephanie Nakasian, a Berkshire favorite, pairs with her daughter, Veronica Swift, the fastest-rising vocalist on the jazz scene today. The show includes material from her newest release, Confessions. The Berkshires Jazz Youth Ensemble will open. For details: www.berkshiretheatregroup.org.

A Shayna Maidel, Barbara Lebow’s  powerful drama of survival and strength about two sisters trying to reconnect after years of separation brought on by the Holocaust., plays West Hartford’ Playhouse on Park, October 30-November 17. Dawn Loveland Navarro will direct; she returns to Playhouse on Park for its 11th season, after after having directed Intimate Apparel, The Chosen, and Proof. For details: www.playhouseonpark.org 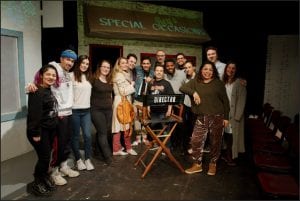 Not For Sale. (Photo by Anthony Aicarid)

Not For Sale, a new play by Guadalís Del Carmen in a production by Chicago’s Urban Theater Company opens the MIFA Victory Theatre season with performances October 18-20 at El Mercado, 413 Main St., Holyoke, MA. Wendy Mateo directs the story of a neighborhood preparing for their Puerto Rican Festival, when change comes to the neighborhood. For details: www.mifafestival.org.

The Curious Incident of the Dog In The Night Time, Simon Stephens’ award-winning stage adaptation of Mark Haddon’s novel, was a huge hit in London, on Broadway, and a subsequent national tour. The Smith College Department of Theatre presents the drama, directed by Ellen W. Kaplan, October 25-November 2, in Theatre 14, Mendenhall Center for the Performance Arts, Northampton. The play focuses on Christopher, a teen detective, who courageously tries to figure out who killed the neighbor’s dog. For details: www.smith.edu/smitharts