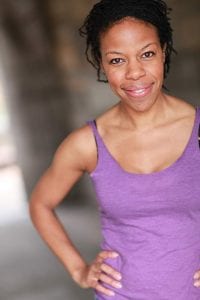 Pike Street, Obie Award winning playwright and actor Nilaja Sun’s acclaimed solo show, comes to Hartford Stage through February 2. Ron Russell directs the production that stopped at Northampton’s Academy of Music Theater last fall. In Pike St., Sun vividly brings to life three generations of a Puerto Rican family living on New York’s Lower East Side. Evelyn, a mother struggling to hold her life together with both grace and humor as she cares for her immobilized daughter and supports her womanizing father, relies on money from her brother who is serving abroad in Afghanistan. When he comes home, suffering from PTSD, Evelyn fights for her family’s healing, redemption and survival in the face of a threatening storm – both natural and man-made.

Nilaja Sun’s Pike Street was originally commissioned and produced by Epic Theatre Ensemble and made its world premiere at the Abrons Arts Center in New York. Sun’s critically-acclaimed Off-Broadway hit No Child… was recognized with 21 awards, including an Obie Award, a Lucille Lortel Award, two Outer Critics Circle Awards (including the John Gassner Playwriting Award for Outstanding New American Play), the Helen Hayes Award, two NAACP Theatre Awards, and the soloNOVA Award for Artist of the Year from the terraNOVA Collective. Her television and film credits include Madam Secretary, The Good Wife, 30 Rock, Law & Order: SVU, Unforgettable, The International, Youth in Oregon, and Rubicon. Sun is a Princess Grace Foundation Award recipient and has worked as a teaching artist in New York City for 20 years.

Goodspeed Festival of New Musicals will present a three-day festival of new musicals on its East Haddam, CT campus, January 17-19. The theatre, world-renowned for introducing new musicals including Man of La Mancha, Shenandoah, Annie, and Irving Berlin’s Holiday Inn, will offer three staged readings of musicals in development, plus cabarets, workshops, seminars, and panels on musical theatre during the weekend. The festival opens January 17 with a staged reading of The Tattooed Lady.  This bold and empowering new tuner features a book by Erin Courtney and Max Vernon and music and lyrics by Max Vernon.  Saturday, January 18 will be highlighted by a staged reading of the innovative and powerful new musical Private Gomer, written by Marshall Pailet.  The final day of the festival features the “high-ly” entertaining Grow with book by Matt Murray, music by Colleen Dauncey and lyrics by Akiva Romer-Segal.  For details: www.goodspeed.org. 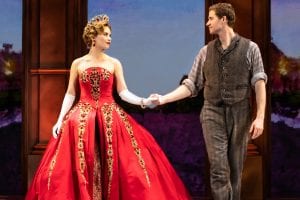 This Broadway Hit Started in Hartford

Anastasia, the Broadway hit that originated at Hartford Stage, returns to Hartford, January 14-19 at The Bushnell. Anastasia features a book by celebrated playwright Terrence McNally, a lush new score by Stephen Flaherty (music) and Lynn Ahrens (lyrics) with direction by Tony Award winner Darko Tresnjak, former Artistic Director of Hartford Stage. Inspired by history, and the beloved films about the Russian royal family and the Tsar’s daughter Anastasia, who was believed to have escaped the execution of her family. Anastasia transports us from the twilight of the Russian Empire to the euphoria of Paris in the 1920s, as a brave young woman sets out to discover the mystery of her past. Pursued by a ruthless Soviet officer determined to silence her, Anya enlists the aid of a dashing conman and a lovable ex-aristocrat. Together, they embark on an epic adventure to help her find home, love, and family. For details: www.bushnell.org.

Deathtrap, the classic comedy/thriller by Ira Levin, kicks off the New Year at West Springfield’s Majestic Theater, January 9 through Febr4uary 15. One of the longest running non-musicals on Broadway, it was adapted into a hit film with Michael Caine and Christopher Reeve. Robbie Simpson directs. The cast includes: Ron Komora, Krista Lucas, Jack Grigoli, Lisa Abend and Walter Mantani. A has-been playwright success mentors an up-and-coming which is certain to be a hit. The playwright schemes to get the script out of the student’s hands by murdering him. For details: www.majestictheater.com

The Barber of Seville, Rossini’s classic opera, will be performed by the artist-led PanOpera on January 24 and 26 at Northampton’s Academy of Music Theatre. Smith College’s Jonathan Hirsh conducts, and New Century Theatre actor Sam Samuels directs. The Barber of Seville is performed in Italian. For details: www.aomtheatre.com,PanOpera also presents Overtures and Arias, a compilation of opera’s greatest hits at Sweeney Concert Hall on the Smith College campus, on February 8. For details: www.panopera.org.

DaCamera Singers perform a winter concert, Come to the Woods, on January 17 at Buckley Recital Hall in Amherst, and on January 19 at Memorial Chapel on the Northfield Mount Hermon campus in Gill, MA. The program includes music that celebrates the woods by Dvorak and Hindemith, as well as by contemporary composers Jake Runestad and Gwyneth Walke. For details: http://dacamerasingers.org/

Rock Voices, the area’s only community rock choir, performs at Northampton’s Academy of Music Theatre on January 11. Founded and led by Tony Lechner, this 200+ voice choir and live band, all Wmass-based, will perform songs from the 60’s to the present day, including music by Kacy Musgraves, Journey, Imogen Heap, Billy Joel, No Doubt, The Beach Boys, Foo Fighters, Elton John, and more. For details: www.aomtheatre.com.