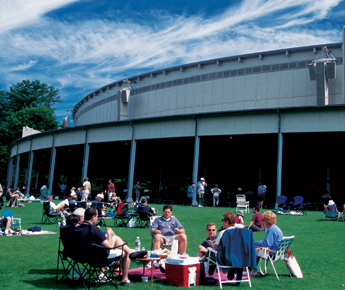 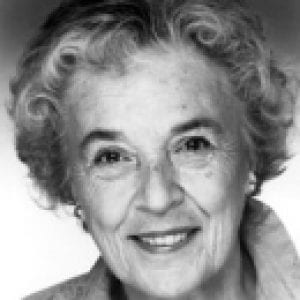 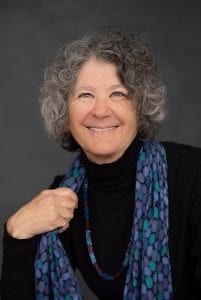 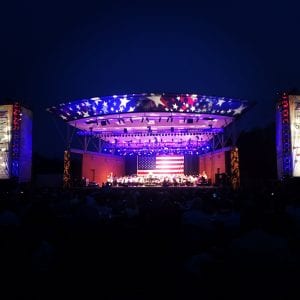 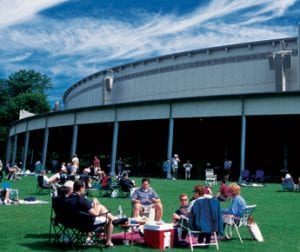 The 2020 Tony Awards, scheduled for June 7, have been postponed, since theatres are dark. CBS, which annually televises the evening of Broadway’s finest, has scheduled a sing-a-long version of the movie, Grease. So, to screen your own Tony Awards party, here are some alternatives with local ties.

On The Town, the Leonard Bernstein, Comden and Green musical, inspired, directed and choreographed by Jerome Robbins in 1944, got a revival at Barrington Stage, and moved almost intact to Broadway. From the 2014 Tony Awards broadcast:. https://www.youtube.com/watch?v=ljo9h5f5Bl8

A Gentleman’s Guide to Love and Murder premiered at Hartford Stage, and moved to Broadway, earning the Tony Award for “Best Musical” Here’s their Tony Awards segment from. 2014. https://www.youtube.com/watch?v=VtlcEvPDkfM

The Visit, the Kander and Ebb musical, had been workshopped for years, but its Williamstown Theatre Festival production with Chita Rivera moved to Broadway. Here, she sings “Love and Love Alone” at the 2015 Tony Awards https://www.youtube.com/watch?v=yFWSigKkjNw

Annie, the Broadway blockbuster, swept the 1977 Tony Awards after having its world premiere at Goodspeed. Here’s their Tony Award excerpt. https://www.youtube.com/watch?v=ZDSXlNAyPvE

Holiday Inn, a musicalization of the Irving Berlin movie musical, premiered at Goodspeed and moved to Broadway. The cast performed at the 2016 Macy’s Thanksgiving Parade https://www.youtube.com/watch?v=n32JKaZoToY

Man of La Mancha premiered at Goodspeed before heading to Broadway. Here, Richard Kiley. Performs “The Impossible Dream” at the. 1972 Tonys. https://www.youtube.com/watch?v=OHVGOp5Usv4

Anne Pitoniak, the Westfield native, was a 2 time Tony nominee. Here, she reads the short story A Conversation with My Father. https://www.youtube.com/watch?v=p-HDLXoqWWU

Tanglewood has cancelled its 2020 season, from its popular artists series to the Boston Symphony Orchestra series. The grounds will be open on a limited basis, and there will be an online audio and video series of programs. Some of the Popular Artist programs have been rescheduled for 2021, including Ringo Starr (June 19); Trey Anastasio (June 18); Judy Collins and Arlo Guthrie (June 20); James Taylor (July 4) and John Legend (date to be announced). For details: www.tanglewood.org.

Hartford Symphony Orchestra has cancelled its 2020 Talcott Mountain Music Festival, which would have been held this summer. This would have been the Festival’s 25th season. For details: www.hartfordsymphony.org.

The Sevenars Concerts have been cancelled for 2020. For details: www.sevenars.org.

The Mahaiwe Performing Arts Center in Great Barrington has postponed all events through late July. For details: https://www.mahaiwe.org/HOME

Barrington Stage plans to reopen its theatre in August and has described at length how they will produce live theatre with social distancing in place. For details: https://barringtonstageco.org/distancing/?fbclid=IwAR3UE4d0-_Sq0lZ3fJS_oX0z635ySERH10aO2V4KzIlIv8zMRt5tdT2jHHc

Casual Fridays with David Adkins, presented by Berkshire Theatre Group, js becoming one of the “hot” online offerings in the area. Adkins has been part of Berkshire Theatre Group for decades. New episodes air on Fridays at 2PM on Facebook Live. https://www.berkshiretheatregroup.org/casual-fridays-with-david-adkins-2/

The Metropolitan Opera continues to provide nightly free streamings of productions from recent seasons. Upcoming operas include Puccini’s Manon Lescaut (from 1980) with Renata Scotto and Placido Domingo on Mahy 28. Berlioz’s Les Troyens (from 2013) with Deborah Voigt, Susan Graham, Bryan Hymel, and Dwayne Croft airs on May 29. Bellini’s La Sonnambula(from 2009) with Natalie Dessay airs on May 29. For details: https://www.metopera.org/user-information/nightly-met-opera-streams/

Studio 120 Sessions, the new program from Westfield Community Programming, where local musicians showcase their work in a concert from Studio 120 at Westfield Vocational Academy. Produced by Peter Cowles, Ken Stomski, and Jay Pagluica. Each band gets interviewed, and ghe feature is streamed and posted to YouTube. One way that WCPC-15 ie helping the creative economy during tough times. https://www.youtube.com/channel/UCpPGZstptNanGmdbo0LHFVg

Lit Up The Night is Greenfield-based LAVA Center’s new online book club. On June 1, at 7PM on ZOOM, area author Ellen Meeropol will read from her new novel, Her Sister’s Tattoo, followed by a Q&A. Her Sister’s Tattoo is Meeropol’s fourth novel. Meeropol, a Founding Member of the Straw Dog Writers Guild and coordinator of its social justice committee, is married to Robert Meeropol, the younger son of Ethel and Julius Rosenberg, whose parents were executed by the U. S. government. Advance reservations required. [email protected]

Mark G. Auerbach studied theatre at American University and the Yale School of Drama. He’s worked for arts organizations and reported on theatre for newspapers and radio. Mark produces and hosts ArtsBeat TV and Radio for 89.5fm/WSKB and WCPC15, and is a contributor to Pioneer Valley Radio.