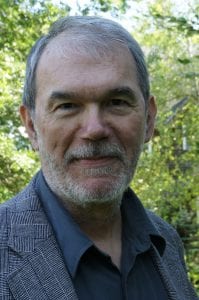 One of the most accomplished artists of our time, bass-baritone John Cheek has appeared at the Metropolitan Opera in over 360 performances. He sang many leading roles at New York City Opera, and has performed at all of the major American opera houses, including Houston Grand Opera, Los Angeles Opera, Santa Fe Opera, Cincinnati Opera, and Pittsburgh Opera. Cheek is active in oratorio performance, appearing with all the greatest orchestras in North America. He participated in the Cincinnati May Festival and Ravinia Festival for 15 seasons. Other festival appearances include the Blossom, Mann Center, Tanglewood, Saratoga, Bard, Mostly Mozart, and Marlboro festivals.

Kashmir: The Led Zeppelin Tribute Band concert, scheduled for Aug. 29 at the field behind the Boys and Girls Club in Westfield, has been cancelled, according to producers Gaslight Entertainment, who power The Westfield Concerts. Changes in COVID19 safety guidelines prompted the cancellation, which had been a benefit for the Boys and Girls Club. Refunds are available at point of purchase.

The Hartford Symphony Orchestra has cancelled its entire fall season of concerts at The Bushnell. This cancellation includes the Pops’ performance of “The Empire Strikes Back.” The box-office will assist ticketholders with exchanges and refunds. For details: www.hartfordsymphony.org.

Fred Sokol, former Springfield Republican theatre writer and now theatre critic for the national online TalkinBroadway.com, has published a new novel, Destiny, on Bellastoria Press. Sokol has written fiction and plays, taught theatre on the college, university and community theatre level, and has directed over 45 theatre productions. Destiny is available on Aug. 31. For details: https://www.bellastoriapress.com/destiny 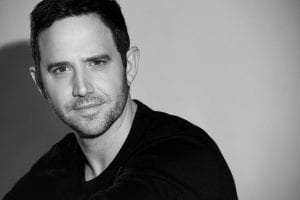 Judgement Day, Rob Ulin’s new play, will have an online reading Aug. 22-25 to benefit Barrington Stage Company and The Actors Fund. Matthew Penn of the Berkshire Playwrights Lab, and stage and screen director of Orange is The New Black, Law and Order, and Barrington’s 10×10 New Play Festival, stages the reading. The all-star cast includes Jasson Alexander as a morally-corrupt lawyer; Patti LuPone as a terrifying angel; Santino Fontana as the Priest. Othjer stars include Michael McKean, Loretta Devine, and Elizabeth Stanley. Access to the show is available with a donation of $35 or more. For details: www.barringtonstageco.org. 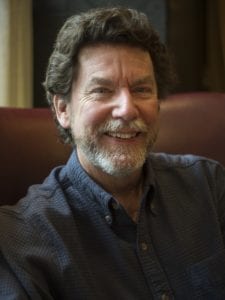 Distant Music, an award-winning drama by Northampton playwright James McLindon, will be featured on Silverthorne Theater Company’s Theater Aug. 20. Penney Hulten directs the online performance, which is followed by a talk back with the playwright. The cast features Frank Aronson, Jarice Hanson, and Rocco Desgres. For details: https://silverthornetheater.org/play-reading-series/

Goodspeed by The River Concert Series, featuring The Playbillies, a Broadway bluegrass band, brings musical theatre, stories, and entertainment to the shores of The Connecticut River, on the campus of Goodspeed Opera House in East Haddam, CT. Matt Cusack, Mike Rosengarten and Sam Sherwood are the Playbillies. Performances are Thursdays through Sundays at 6 p.m., weather permitting, from Aug. 20- Sept. 6. Dinner and concert packages are available. For details: www.goodspeed.org.

Playhouse on Park’s upcoming season is fluid, depending on the current COVID19 precautions and social distancing orders change, but they’ve announced that their season opener, David Arrow’s Kennedy: Bobby’s Last Chance, will be performed on video, Sept. 16-Oct. 4. For details: www.playhouseonpark.org. 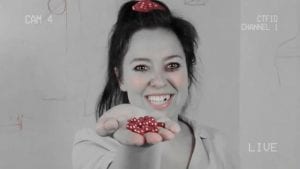 State vs Natasha Banina, a venture of Shakespeare & Company and Cherry Orchard Festival, brings Arlekin Players Theatre’s live, interactive art experiment to both Shakespear and Company’s Lenox campus, and online on ZOOM at home. A performance in both English and Russian will be presented at 8:15 p.m. on Aug. 26 at 8:15 p.m. For details: www.shakespeare.org.

The Mahaiwe Performing Arts Center will present a Music Film-Filled Labor Day Weekend at the Mahaiwe Drive-in at Simon’s Rock in Great Barrington. Fiddler: A Miracle of Miracles, the documentary about the making of the original Broadway Fiddler on The Roof, screens September 3. Amazing Grace, the 2018 documentary featuring Aretha Franklin performing the song in 1972, screens Sept. 4. Martin Scorcese’s Shine a Light, a portrait of the Rolling Stones, is featured on Sept.5. The series concludes on Sept. 6 with Mary Wharton’s new film “Jimmy Carter: Rock and Roll President.” For details: www.mahaiwe.org.