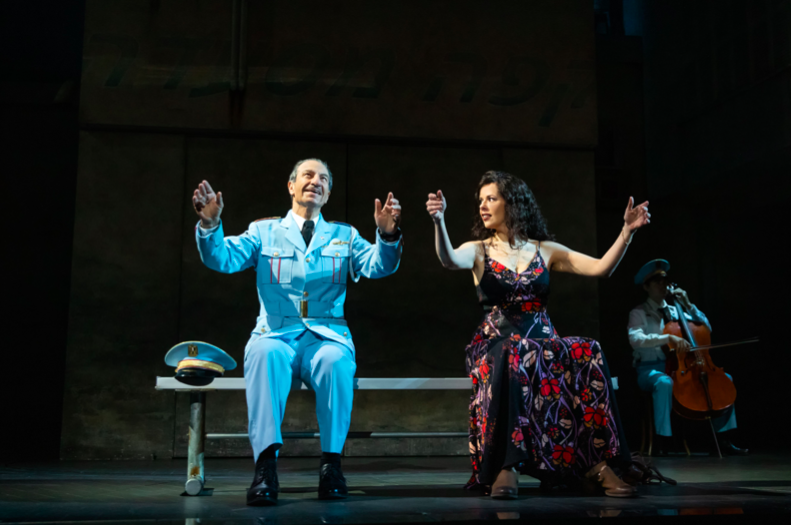 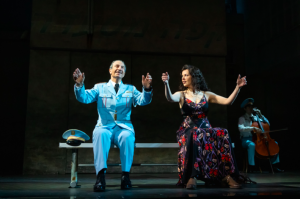 Plan Ahead! The Band’s Visit, winner of 10 Tony Awards, including “best musical,” is back on tour, with long-awaited performances at Worcester’s Hanover Theatre for the Performing Arts on Nov. 11-14, and Hartford’s The Bushnell, Nov. 16-21. “The Band’s Visit” is one of four musicals in Broadway history to win the unofficial “Big Six” Tony Awards, which include best musical, best book, best score, best actor in a musical, best actress in a musical, and best direction of a musical. The musical, based on a film of the same name, is the story of a band of musicians who end up in a town way off the beaten track. Award-winning Israeli film actor Sasson Gabay will reprise the role of Tewfiq, the role he created in the 2007 film. Joining him to lead the company is the critically acclaimed actress Janet Dacal, who starred in Goodspeed’s “Bye Bye Birdie.” Tony Yazbeck, of Broadway’s “The Full Monty,” “Dirty Rotten Scoundrels,” and “Women on the Verge of a Nervous Breakdown,” wrote the award-winning score. For Worcester tickets: www.thehanovertheatre.org. For Hartford tickets: www.bushnell.org. 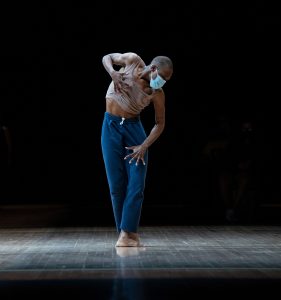 The Bill T. Jones/Arnie Zane Company returns to the area under the auspices of the UMass Fine Arts Center, with performances of “Afterwardsness,” a new immersive dance theater piece, to be performed Oct. 24-25 at Totman Gymnasium on the UMass-Amherst campus. “Afterwardsness” was commissioned by Park Avenue Armory and first performed at the Park Avenue Armory in New York City on Oct. 16, 2020. It places the audience amongst the dancers in this work explore Jones’s state of mind during the twin pandemics: COVID-19 and the calling out of systemic racism in the wake of high-profile abuses by the police. There is a retrospective dimension to “Afterwardsness” — much of its choreography comes out of assignments given to the dancers during their isolation, requiring them to learn from archival videos stretching back 40 years. For details: www.fineartscenter.com.

The Bolshoi Ballet’s 2021-22 HD Broadcast Season will be available at the Mahaiwe Center for the Performing Arts in Great Barrington, beginning Nov. 7. Five ballets will screen from the Bolshoi in Moscow, including: “Spartacus,” “The Nutcracker,” “Balanchine’s Jewels,” “Swan Lake” and “The Pharaoh’s Daughter.” For details: www.mahaiwe.org.

The Ghost Stories of Henry James, a collection of nine gothic tales narrated by Berkshire-based actors, is set for audio release in time for Halloween. BMA Studio’s award-winning audio producer Jason Brown (who is an actual descendant of Henry James!) brings the best of James’ engrossing ghost tales back to life, for the first time ever, with music, effects and pitch-perfect storytelling by seven superb and respected stage, screen and audiobook actors from the Berkshires, Broadway and the world of Shakespeare. Jonathan Epstein, Corrina May, Alison Larkin, Jim Frangione, James Warwick, Anne Undeland and Mark Zeisler are joined by Antonia Beamish, one of Great Britain’s most popular horror series narrators. For details: bmaaudio.com. 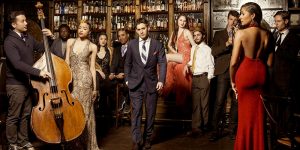 Postmodern Jukebox brings its “Twenties 2.0 World Tour” to Northampton’s Academy of Music on Oct. 13 with its salute to Roaring Twenties jazz in the style of “The Great Gatsby.” Originally scheduled for March 2020 (tickets from that date will be honored), Postmodern Jukebox, a YouTube and Billboard sensation, brings some swing to Northampton. For details: www.aomtheatre.com. 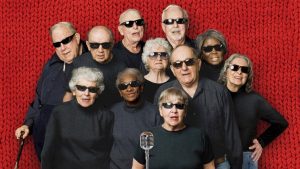 The UMass Percussion Studio holds its first-ever Percussion Day on Oct. 17, at Bezanson Recital Hall on the UMass-Amherst campus. The daylong event will include a performance by the UMass Percussion Studio and Prof. Kataoka, an African Drum Workshop by performer and teacher Nani Agbeli, and a masterclass by Mike Truesdell, percussion professor at Ithaca College. Advance reservations required. For details: www.umass.edu/music/index.php. 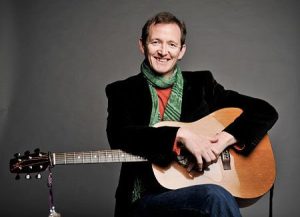 MOSSO, the Musicians of the Springfield Symphony Orchestra, and their Maestro Kevin Rhodes, perform “Coming Home: A Symphonic Reunion,” Friday, Oct. 15, at Springfield Symphony Hall. The program includes popular symphonic works by Beethoven, Dvorak, Tchaikovsky, Rossini and Walker. Tickets are free, but must be reserved in advance. For details: www.springfieldsymphonymusicians.com.

Mark G. Auerbach studied theater at American University and The Yale School of Drama. He has worked for arts organizations nationwide, and reported on the arts for print and broadcast. Mark produces and hosts ArtsBeat, Athenaeum Spotlight and On The Mark for WCPC15 and WSKB-FM 89.5. He’s a regular contributor to Pioneer Valley Radio and a member of the Berkshire Theatre Critics Association.