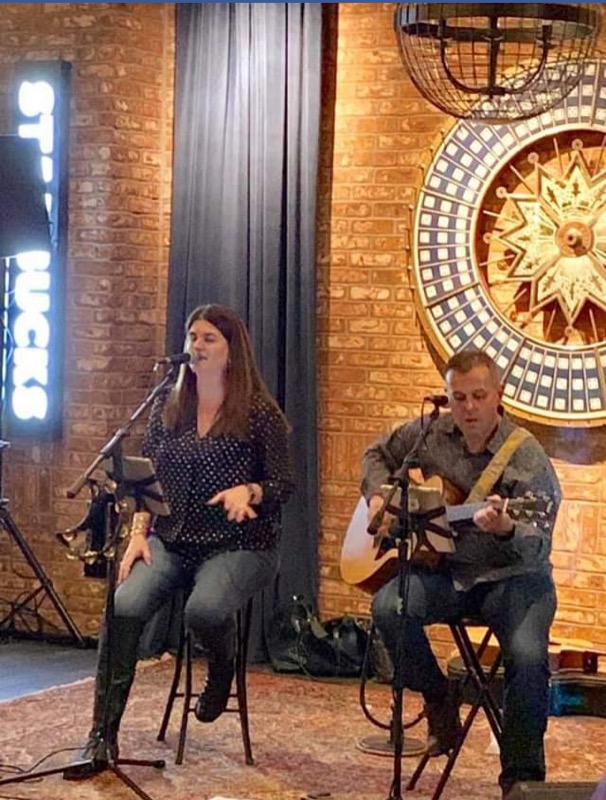 WESTFIELD-Acoustic duo Amy Tosi and Ric Tereso will fill the Lang Auditorium of the Westfield Athenaeum with a wide variety of tunes during this month’s First Thursday Concert Series.

Tosi, of Westfield, and Tereso, from Ludlow, have been members of the band Emotion for 19 years. For the past several years the longtime friends also began performing as a duo. 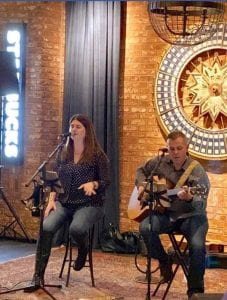 “We have a vast repertoire of oldies and contemporary dance stuff with Emotion because you want to be sure that everyone gets on the dance floor,” said Tosi. “You have an exchange of energy with the audience and the fact I have so much fun and provide entertainment means the world to me.”

Tosi, a vocal coach who has been singing since she was young, said her passion for music blossomed during high school when she performed musical theater and then joined bands during her college years.

“Music has been an outlet for who I am,” said Tosi. “Performing is the way I express my creativity and the way I share myself with people.”

“Music has had an extremely positive influence in my life and captivated me even as a young child,” said Tereso. “I always had toy guitars and drums around the house and at about the age of 5, my parents bought me an electric organ and I was soon playing melodies by ear.”

Tereso said when he was around 11, he realized the guitar was the instrument he was meant to play.

“I started playing with friends and then taking formal lessons,” he said. “By the age of 14, I was playing in a working Portuguese band and traveling around New England and getting familiar with my Portuguese culture and meeting people. I have music to thank for that.”

Both agree that music plays an integral role in their lives.

“I experience joy when I go into myself and lose myself in a song,” said Tosi. “I also experience joy when people are dancing, then they stop and just listen, or hoot and holler. It is such an honor and very humbling. It is a very powerful feeling when you know the audience is enjoying what you are doing.”

“The greatest joy when performing is first and foremost, having the opportunity to perform with great friends and bandmates,” he said. “I also love to see people dancing and enjoying our music and following us from venue to venue which is for me, very humbling and rewarding.”

The acoustic duo expect their hour-long concert will include songs that tell a story – featuring tunes from the Beatles, Carly Simon and Linda Ronstadt to contemporary performers including Lady Gaga.

“We choose our selection because it means something to us,” said Tosi, adding, “We are putting our spin on the songs.”