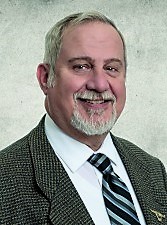 The Cannabis Control Commission, as a reaction to how cannabis sales are going in the Bay State, is revising the rules governing the sale of marijuana.Colin A. Young, writing for the State House News Service, noted that former Congressman Barney Frank testified before the CCC:The former congressman, now 79, showed the CCC and crowd a bill he filed soon after being first elected to serve in the Massachusetts House in 1972 that would have done away with any state restrictions on adults purchasing or using marijuana. Frank, who now works with the local cannabis advocacy group Beantown Greentown, testified Wednesday to “say I told you so” and remark on the progress of legalization since 1972.“It’s clear that progress is being made at the federal level, Frank said. He said legislation removing restrictions on financial institutions from doing business with cannabis companies “has a very good chance to become law soon” because the amount of cash used in the industry creates public safety concerns. As the CCC considers public input on their new draft regulations for the medical marijuana world as well as the adult-use or recreational industry, Frank said this is an important moment for the legalization movement and the country.“We talk a lot about the divisions, the anger, generational problems. I think an appropriate set of regulations that make it possible for adults responsibly to use marijuana for any purpose they choose, that that will go an important way towards healing one of the major divisions we have,” Frank, who retired from Congress in 2013, said. “The fundamental inconsistency between the way marijuana is regulated and the way alcohol is regulated and cigarettes is one of the causes, I think, of the anger and distrust for the political system, so we have a chance here to kind of reconcile people in our society.”Frank does make a good point. The Commonwealth has had centuries dealing with the sale of alcohol so one would think cannabis wouldn’t require the amount of regulation that it has. Why not treat it like booze?I’m willing to guess the reason is linked to the fact that cannabis is only legal state-by-state. Perhaps if the federal government would legalize and tax cannabis is the same way it does tobacco the situation will be different.Having reported on the cannabis issue, I can see that industry is not one destined to be a mom and pop style of entry-level business. It’s far easier to sell alcohol despite all of the issues that accompany it.I see cannabis as an economic engine that could provide communities with revenue and jobs. My concern is the state regulations have given the advantage to large and well-funded companies to get into the cultivation and sale of cannabis.If we want to see cannabis fully reach its potential, we need to address the social equity of the regulations and we need to have smoking lounges. I’ve written about the one on Worcester, which is a private smoking club. It is completely legal within the framework of state and local law and it should be replicated across the state. People can buy it elsewhere and use it in a members-only environment.Frankly, having started using cannabis only last year at the tender age of 64, I don’t see what the big fuss is all about. Alcohol, while having greater and deeper acceptance in society, is far more damaging. What do you think? Drop me a line at [email protected]