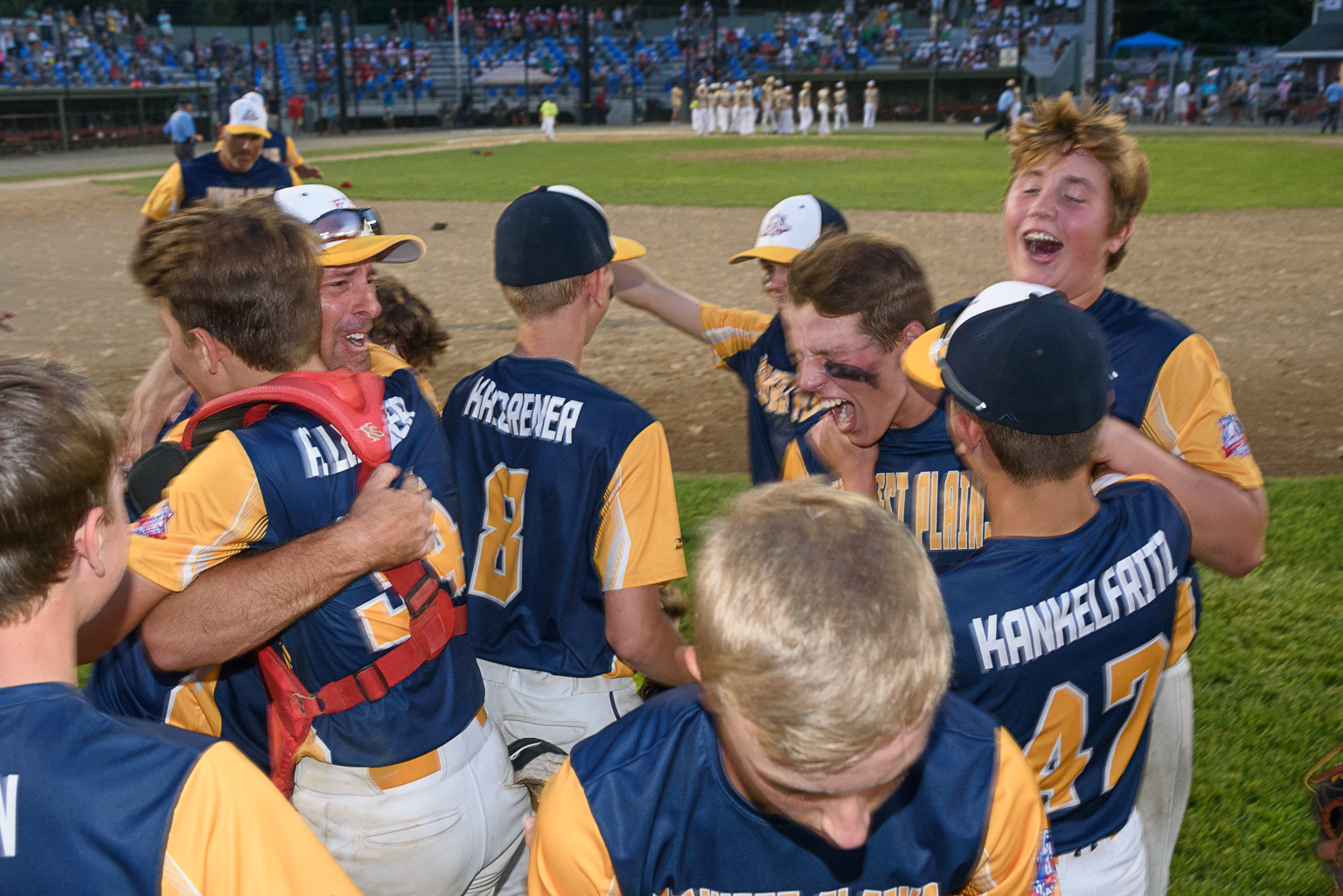 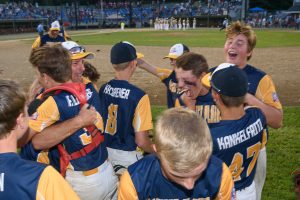 WESTFIELD – In 1996, a Neo-noir black comedy thriller film named Fargo appeared in movie theaters all across the country. Two decades later, the TV show crept onto television screens, garnering accolades among several critics and fans alike.
That being said, the third iteration appeared to be the best viewing.
On Thursday night, Midwest Plains champion Fargo (North Dakota) avenged a 2018 Little League Midwest Regional championship loss, completing an undefeated run in the 2019 Babe Ruth 13-Year-Old World Series by defeating Southeastern champ Greenville (North Carolina) 8-2 in the title game at Bullens Field.
Last year’s loss in Westfield, Indiana left Fargo one game short of visiting Williamsport, Pennsylvania.
“That was a huge motivation,” Fargo manager Mike Rerick said. “We had dangled that carrot in front of the boys’ faces for two to three years and so when we came up short last year just by that one game, it was devastating to them.”
Coach Rerick said that loss stung for quite a while, but his players responded with a renewed vigor.
“When we started back up in December this year — inside, you could see the focus and determination,” coach Rerick explained. “These boys all play hockey and basketball, but they still made it to baseball practices a couple times a week during December, January, and February when you’re not really thinking about baseball. Right then and there it was easy to see, these guys had a plan.”
That plan resulted in a 56-game winning streak which culminated in a trophy-raising celebration in Westfield, Massachusetts.
Fargo came out swinging.
Down 1-0 following an Alex Popovich run-scoring single for Greenville, Fargo responded with Adam Leininger’s game-tying, RBI double to right-center field in the first inning and a go-ahead RBI hit from Andrew Kankelfritz in the second.
In the third inning, Fargo extended its lead.
Adam Leininger ripped a triple to left-center field. Jordan Leininger drove Adam home with a double to left field to increase his team’s lead to 3-1. Jordan attempted to stretch his hit into a triple, but was thrown out by Greenville left fielder Coltan Durant. Jaxon Beiswenger followed with a one-out walk, and stole second. Drew Rerick smacked a RBI hit to left field to make it 4-1. Durant came out throwing again, gunning down Rerick as he attempted to stretch his hit into a double.
Greenville clawed back.
Marcus Byrd led off the fourth inning with a single, his second of the game. With two outs, Caleb Overby singled. Durant followed with a RBI single to pull Greenville within 4-2. A walk from Jay Clemmons loaded the bases, knocking Fargo starting pitcher Beckett Stimpson from the game. Fargo reliever Charlie Kalbrener got his team out of the jam, forcing a fly out to end the threat.
Fargo responded.
Bo Meier singled to lead off the fourth inning. Two outs later, Connor Holm brought Meier home with his second hit of the game for a 5-2 advantage. Greenville starting pitcher Colin Woolard was lifted.
Greenville threatened to cut into their deficit in the fifth, loading the bases but Kalbrener recovered in time to force a ground out to end the inning.
Fargo put the game out of reach in the sixth when Adam Leininger came up big yet again, blasting a two-run single through the right side. A third run, the team’s eighth in the game, scored as Greenville attempted to throw out the base runner at second base.
“We all hit pretty well,” said Adam Leininger, who finished 3-for-4, a home run short of the cycle.
Leininger said the key to his team’s perfect run was to “keep focused … don’t get too ahead of yourselves and don’t overlook teams.”
Rest assured, it is likely Fargo will never be overlooked again.