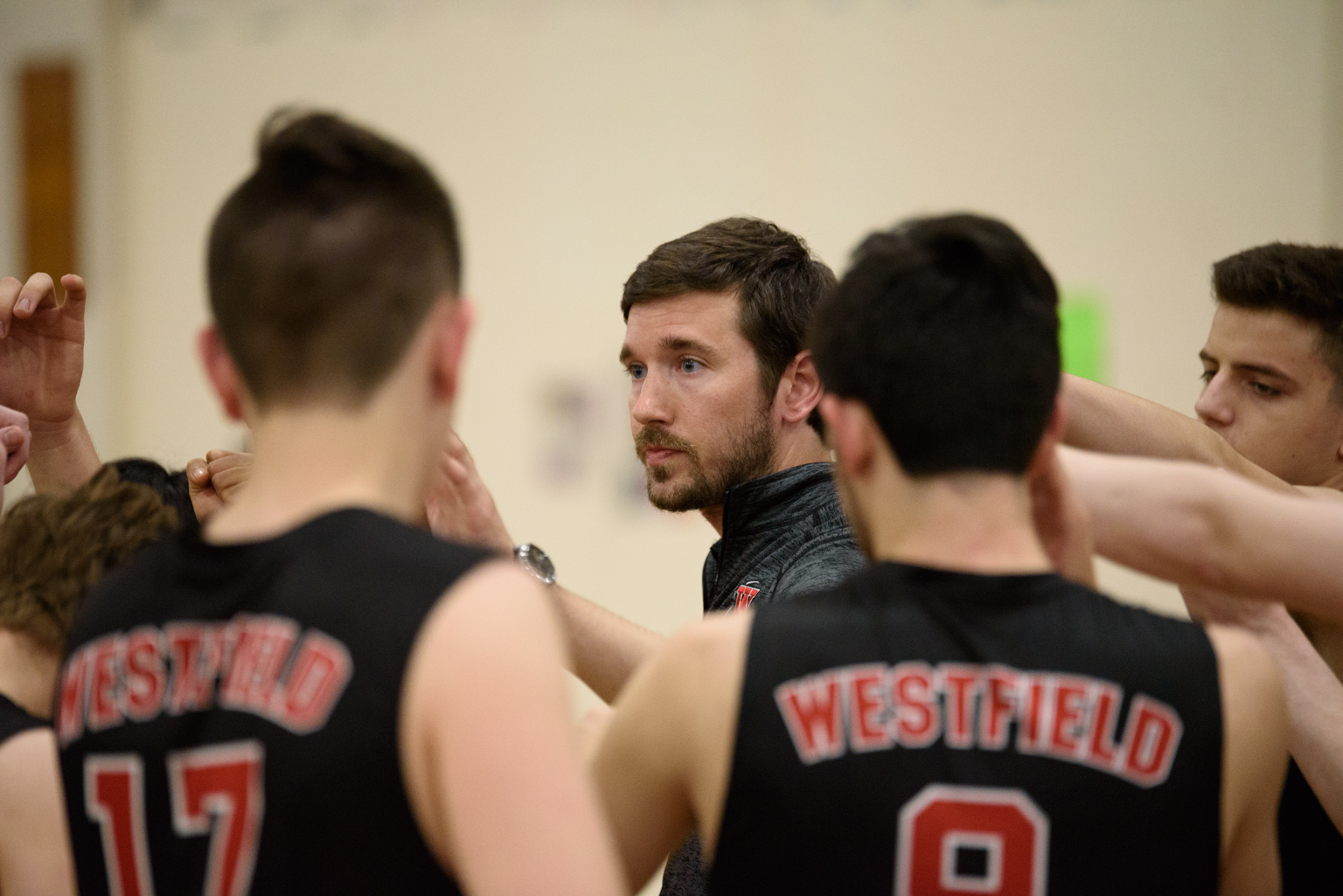 NEWINGTON, CONN. – It was a battle for the ages … and one that will likely go a long way in building another championship run (or two).
The two-time defending Class M Connecticut state champion Newington Indians defeated the two-time defending Division 1 state champion Westfield Bombers 25-20, 25-17, 22-25, 21-25, 15-12 in a thrilling high school boys volleyball game Monday night.
Westfield nearly slipped past the road block, rallying to win the third set by three points and the fourth set by four points. Newington, which won the first two sets, held off the Bombers in the fifth and decisive set, just barely, for a three-point win. 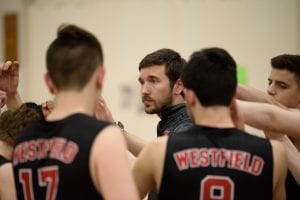 “We had a tough time handling their offense, but we showed some nice grit in fighting back to force a fifth set,” Westfield High School boys volleyball head coach Tyler Wingate said. “We saw a really good opponent tonight that was ready from the get-go.”
James Pavlyuk delivered 25 kills and 16 digs for Westfield. Bombers’ Eric Yurtuc racked up 54 assists and four blocks. Ryan Rix collected 11 kills and three blocks. Dennis Pyatachenko contributed 13 digs. Ethan Flaherty and Riley Coughlin landed 14 and 9 kills, respectively.
“We played some rallies really well tonight and lost them,” coach Wingate said. “That is valuable experience for striving to play at a high level.”
While Westfield fell to 13-2 overall, the Bombers still maintain an undefeated record in the North League (8-0). They hope to build off of this loss, much like they have over the past several seasons.
Said Wingate: “The atmosphere in the gym was great tonight. We hope it prepares us well for the next challenge.”
Up next for Westfield: Chicopee Comp, Thursday, in Chicopee at 5 p.m.