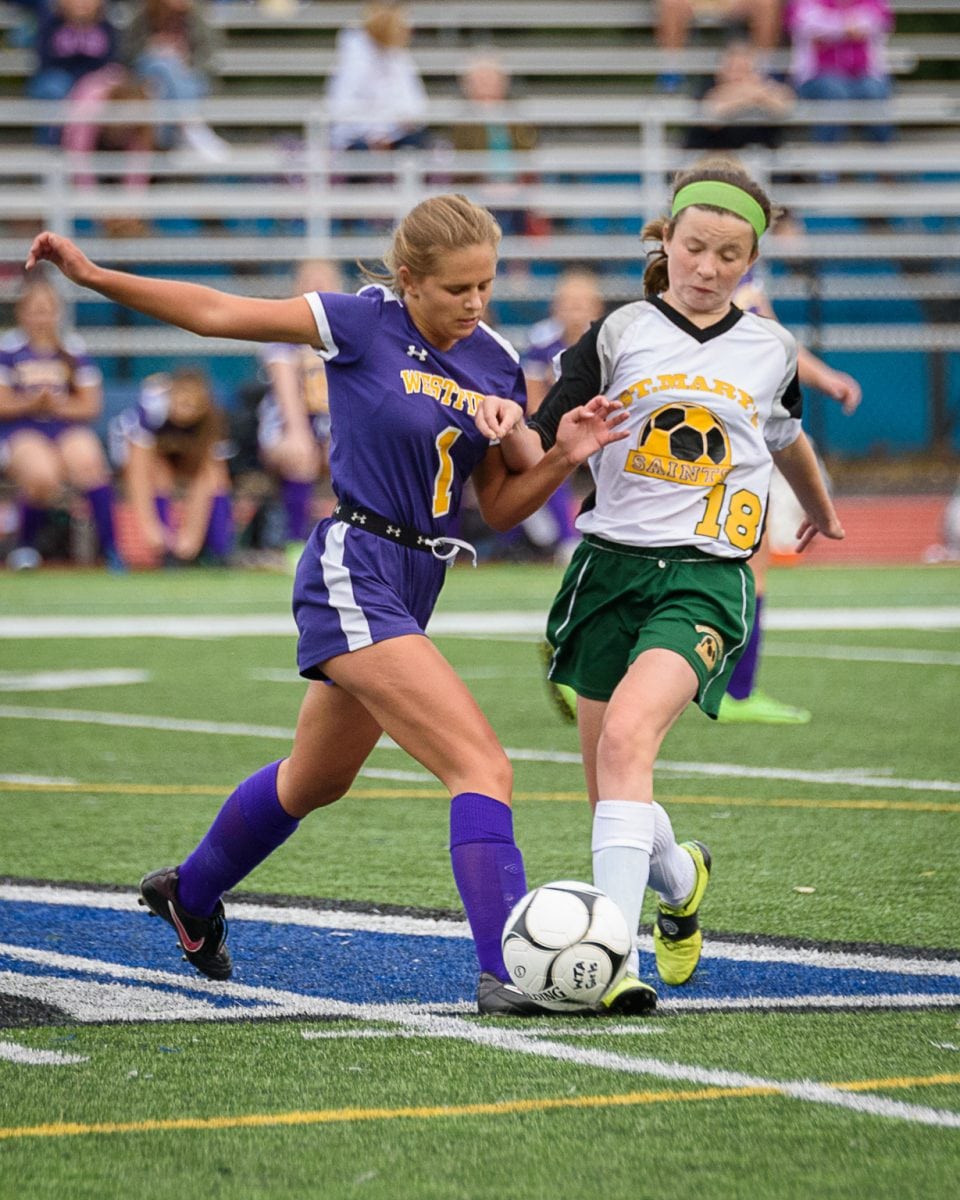 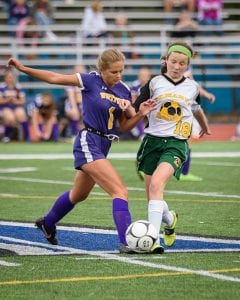 WESTFIELD – The Westfield Technical Academy and St. Mary’s high school girls soccer teams battled, and battled, and battled and eventually battled until they could battle no more.
The Tigers and Saints exchanged goals Saturday before ending in a 1-1 tie Saturday at Westfield State University.
St. Mary’s striker Allie Goodreau found the back of the net early in the first half with an assist from Emma Goodreau.
Westfield Tech struck back late in the first half 3:26 before the half.
Aubrey Bryant made 11 saves for Westfield Tech. St. Mary’s Jessica Crosby and Amelia Willenborg combined for six saves.
Westfield Tech captain Angelica Chepuri and her defensive mates combined to hold St. Mary’s to one goal.
“My young team is starting to click,” Westfield Tech coach Lyle Washington said, “but we still need to fine tune a few things next week.”

Bombers bounce back
Westfield 2, Holyoke 1
Chrispin Nifasha scored unassisted in the seventh minute, and Brendan LaForest headed home a corner from Mike Grochowski with about 11 minutes remaining in the first half to help Westfield bounce back from a loss to East Longmeadow.
Holyoke scored a second half goal.
Westfield goalie Mike Lurgio made three saves apiece.