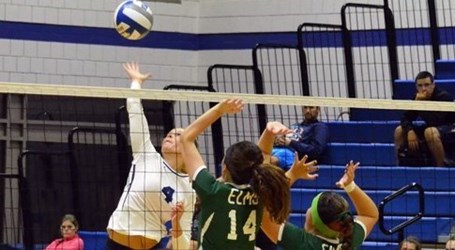 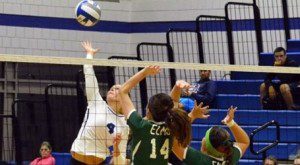 SPRINGFIELD – Westfield State won the first set, but Western New England won the match, as the Golden Bears rattled off three straight wins to defeat Westfield State 3-1 in a non-conference women’s volleyball match on Friday night.
Westfield handily claimed the first set by a 25-16 score, but the Bears got untracked and posted scores of 25-14, 25-19, and 25-16.
Shannon Shea led Westfield with seven kills. Kendyl Haney added six and Casey Howe five for the Owls, who fall to 7-8 on the season.
Lizzie Taylor recorded 18 digs and served three aces, while Danielle Hunt added 13 digs. Courtney Ryan had 11 assists. Westfield will be idle for the rest of the weekend before travelling to Amherst College for a midweek match next Wednesday at 7 pm.
Western New England improves to 8-5 with the win.