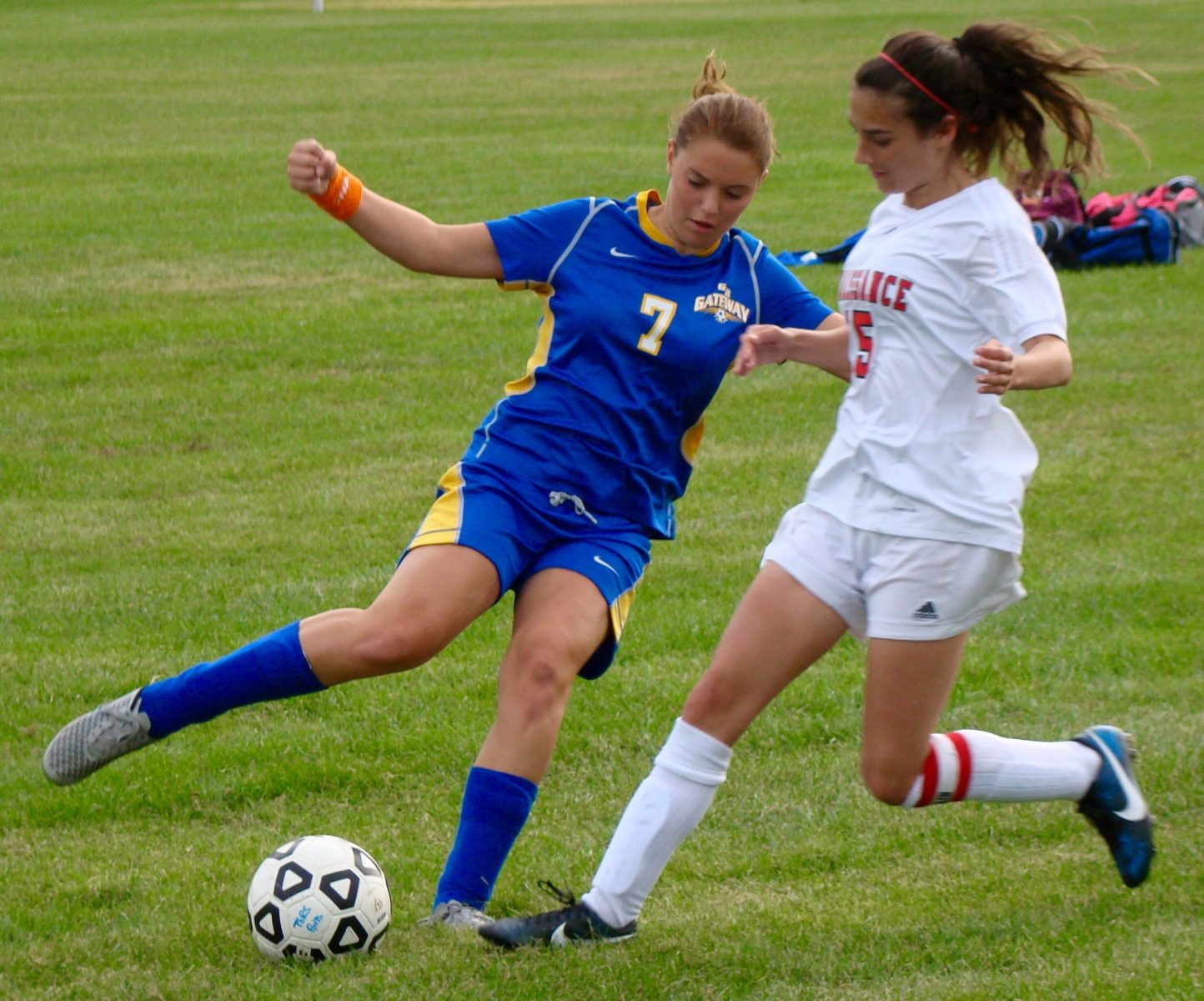 WESTFIELD – Senior midfielder Matt Butera delivered a spectacular all-around effort in Westfield’s 1-1 tie against visiting Amherst in a high school boys’ soccer game Tuesday.
Butera scored off a feed from Dante White in the first minute, shaking off Amherst defenders and burying the ball into the side netting. He nearly added another.
“It was a really, really beautiful goal,” Westfield coach Andrew Joseph said. “Matt Butera had a monster of a game. He was a threat every time he touched the ball, and he absolutely helped us get a good result.”
Amherst tied the game about 16 minutes in on a goal from Andy Zyskowski. 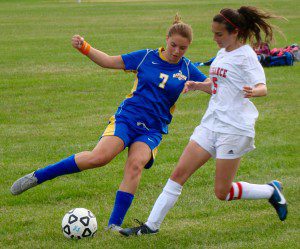 Gateway’s Bryanna Fellows (7) attempts to make a move before Renaissance can thwart the effort Tuesday. (Photo by Chris Putz)

Gators blank Cybercats
Gateway 5, Sci-Tech 0
Ben Jameson scored two goals, three others chipped in one apiece, and three keepers combined for a shutout as Gateway blanked Sci-Tech.
Alex Webb, John Rooney, and Nick Cooper each scored for the Gators. Jayden Marge had two assists, Joe Coon, Evan Lee, and Webb each had one.
Shane Mastello, Brady Parker, and Brad Moreau each spent time in net for Gateway. The three Gators combined for six saves, and the shutout.