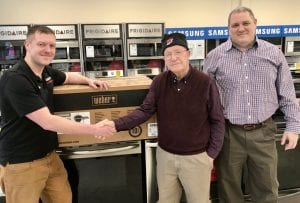 WESTFIELD – Super Sunday just got a bit more “super” for three lucky contestants in our “Beat ‘The Putz'” pro football contest.
On Tuesday, North Elm Butcher Block surprised Westfield resident, Andy Unterreiner, with the awarding of a super-sized Super Bowl party, estimated to feed somewhere in the neighborhood of 15-30 fans.
Unterreiner and his guests will be treated to an authentic barbecue-style catered party thanks to North Elm Butcher Block and their store manager D.J. Puza.
“Now I really hope the Patriots win,” said Unterreiner, a self-proclaimed Pats fan.
The New England Patriots begin their quest for a sixth ring Sunday when they welcome the Los Angeles Chargers to Gillette Stadium in Foxboro. Will Brady’s bunch be able to turn back father time and summon up one last charge to a World Championship title? 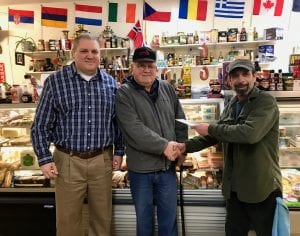 Unterreiner believes so, noting his confidence that the Patriots will turn back the eerily dangerous Los Angeles Chargers.
Our latest grand prize winner qualified with an undefeated Week 9 entry, going 11-0, including a correct prediction of a Patriots win over the Green Bay Packers on Sunday night football.
“That one week I got lucky and nailed them all,” he said. “What are the chances?”
No matter what the outcome, Unterreiner’s Super Bowl party now figures to be a hit, regardless.
The NFL playoffs should also now be a bit more spiced up for two other local residents, Robert Piper and Stephen Sabadosa.
Piper took home a charcoal grill from Manny’s Appliances, our second-place prize and Sabadosa received a gift certificate from International Food Market on Meadow Street.
One lesson that everyone should take from this NFL season is that it pays to play. Unlike the lottery, which costs a buck or two, all it takes is the purchase of a newspaper.
If you missed out, be on the lookout for our next contest, “Putz’s Ultimate Sports Challenge.” Entry forms will begin appearing in early February. 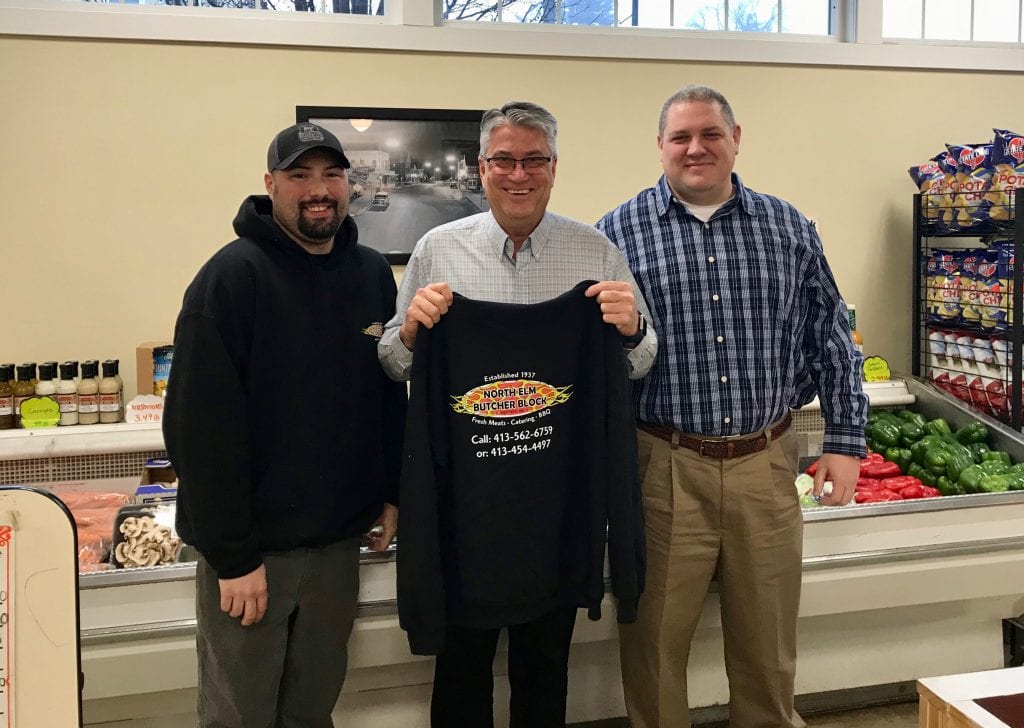