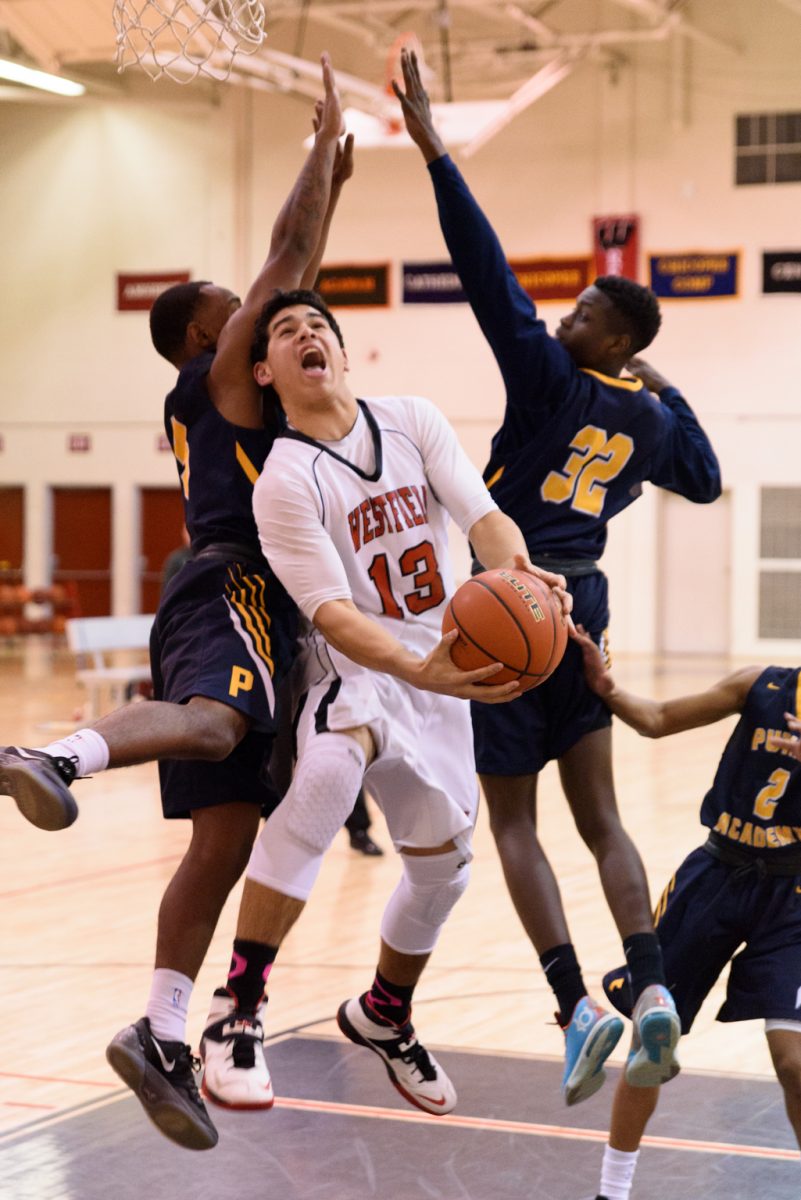 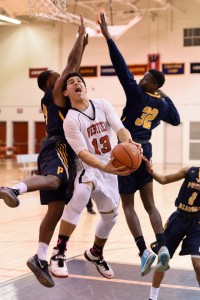 WESTFIELD – The Westfield High School boys’ basketball team’s rollercoaster ride under first-year head coach Josh Balestracci continues to roll along in the 2015-16 season.
Westfield hit a slight downturn Friday night as Putnam bounced past the Bombers, 61-45. The Beavers produced two double-digit scorers in the game – Kelayuin Hays (17 points) and Tyonne Malone (14).
“(Putnam) is a well-rounded team,” coach Balestracci explained. “They are very, very athletic, and rebound the ball very well.”
Westfield’s John O’Brien, an offensive force all season, scored a game-high 20 points.
The Bombers, who currently sit one game below .500 at 4-5, will now turn their attention to the league portion of their schedule.
“We are just looking to get better every game with every practice,” Balestracci said. “We are going to turn into a team that nobody is going to want to play, hopefully, at the end of the season. We have a great group of kids who work hard.”

Rams left seeing red
Hampshire 69, Southwick 42
Hampshire outscored visiting Southwick in each of the four quarters, including an 18-6 second quarter output by the Red Raiders, to advance at home.