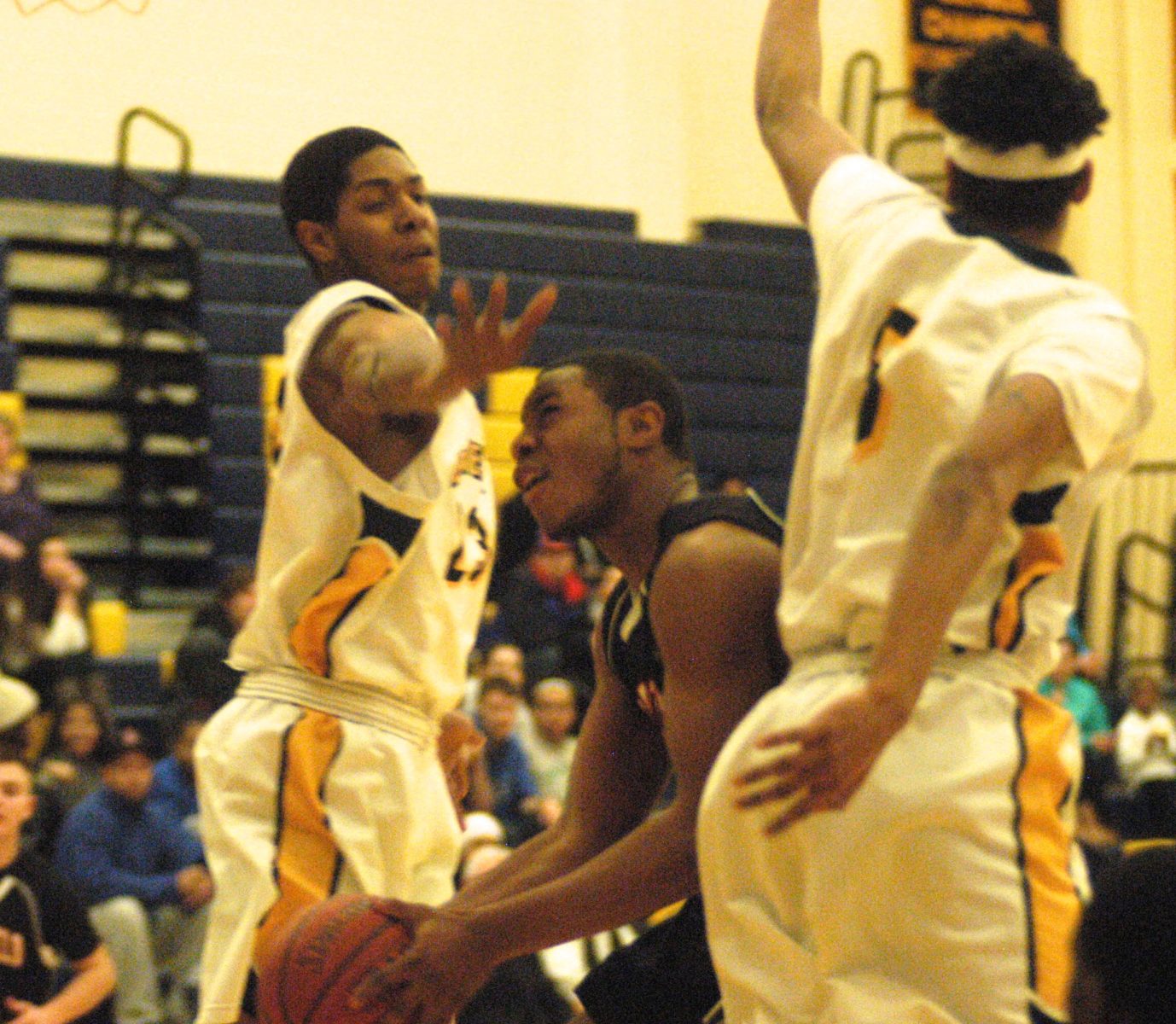 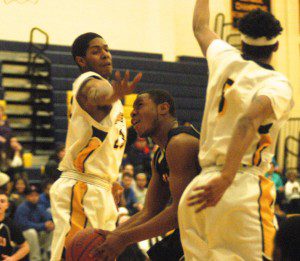 SPRINGFIELD – The Westfield High School boys’ basketball team ran into a buzz saw, but managed to pick up the pieces several teams and not be left puzzled.
That buzz saw was Putnam, the defending champs and arguably the top team in the state.
Putnam withstood a solid first quarter from visiting Westfield, and prevented the Bombers from mounting a second half comeback en route to a 69-55 win Wednesday night. It was the 11th win for the Beavers (11-2, 4-0 Valley League), whose only losses have come against a pair of out-of-staters, Weaver (Conn.) and Corona Del Sol (Az.). 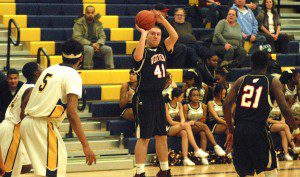 “I’m proud of our effort,” Westfield coach Bill Daley said. “Putnam values every possession. They compete for every rebound. That’s what they do. We competed hard and got after it. We could’ve rolled over, and didn’t.”
Westfield (7-4, 0-1 Valley Wheel) enjoyed first-quarter leads, before falling behind at the end of the period when Putnam hit a buzzer-beating putback off a missed Beavers’ free throw to take a 17-15 advantage.
After falling behind by double-digits in the second quarter, Westfield rallied to within four late but that is as close as it would get.
“A turnover against (Putnam) is a lay-up drill,” said Daley, who admitted that it would have taken a near flawless effort to post an upset. “I’m just glad we really competed for 32 minutes. We hadn’t been doing that.”
Putnam’s Tyonne Malone scored a game-high 28 points. Richie Barnett led Westfield with 15 points. Bombers’ Isaiah Headley, who got into early foul trouble, and Colin Dunn finished with 10 apiece.
Westfield will now begin a nine-game stretch with league opponents, beginning Friday at Chicopee (9-3, 1-1). Tip-off is at 7 p.m.