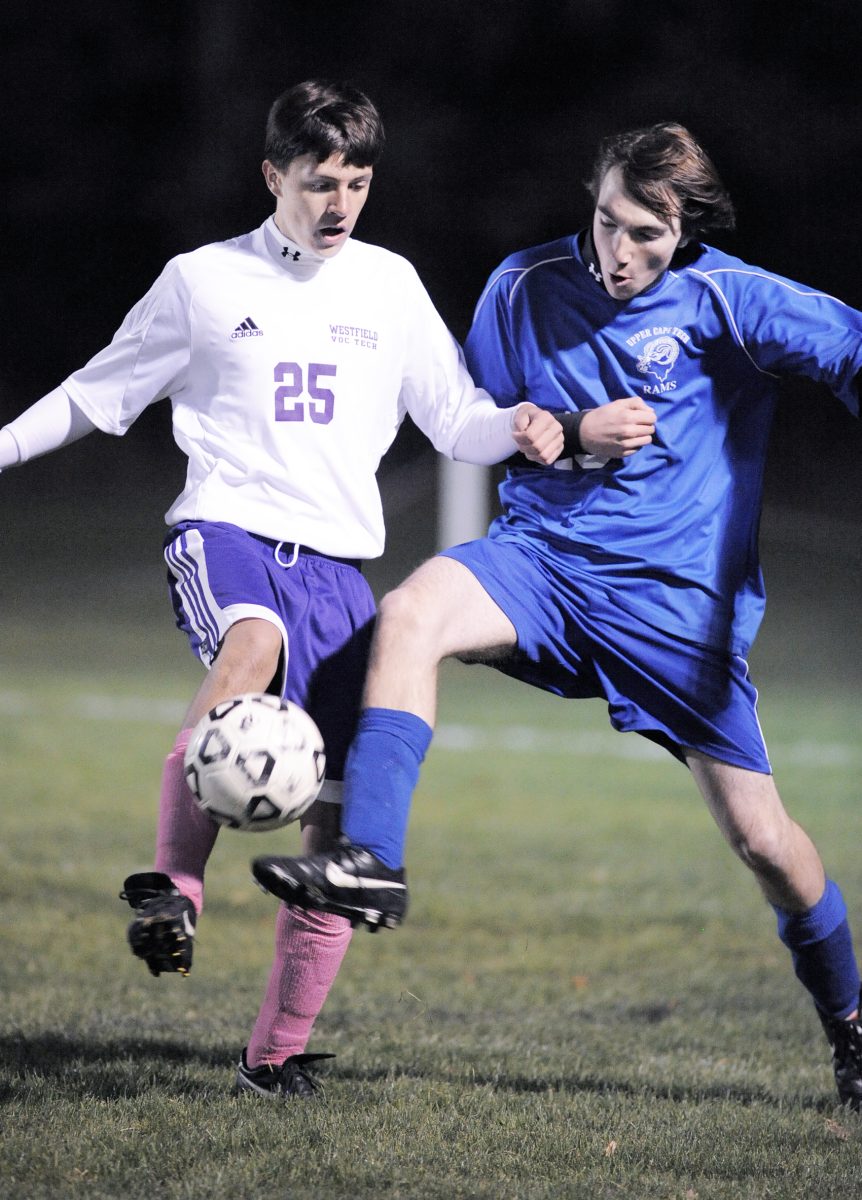 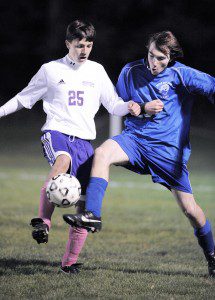 WESTFIELD – The Westfield Voc-Tech boys’ soccer team is one win away from achieving something special.
Westfield Voc-Tech received three goals from three different scorers to upend Upper Cape 3-0 in the state vocational schools semifinals Tuesday night at Bullens Field.
John Goretsky and Roman Tikhonchuk came off the bench to contribute key goals for the Tigers.
Goretsky scored the game’s first goal on a solid shot from 15 yards out. Tikonchuk made it 2-0 with a great follow through, crashing the net on a cross pass.
Dominic Rosario provided a bit of insurance, delivering a corner kick in the right on Upper Cape’s goalie. A miscue deflected the ball into the back of the net.
Voc-Tech will represent the school in its first-ever state championship game Wednesday against Keefe Tech, who advanced with a 3-2 win over McCann Tech. The game will be played at Bullens Field at 4 p.m.
For the Tigers, it will be their seventh game in seven days.
“The boys are loving soccer,” Voc-Tech coach Kyle Dulude said. “They will give their best effort (Wednesday). Hopefully things will go our way.”
“Either way it is quite remarkable for what they are accomplishing right now and the effort they are putting in – definitely a group to be proud of.”