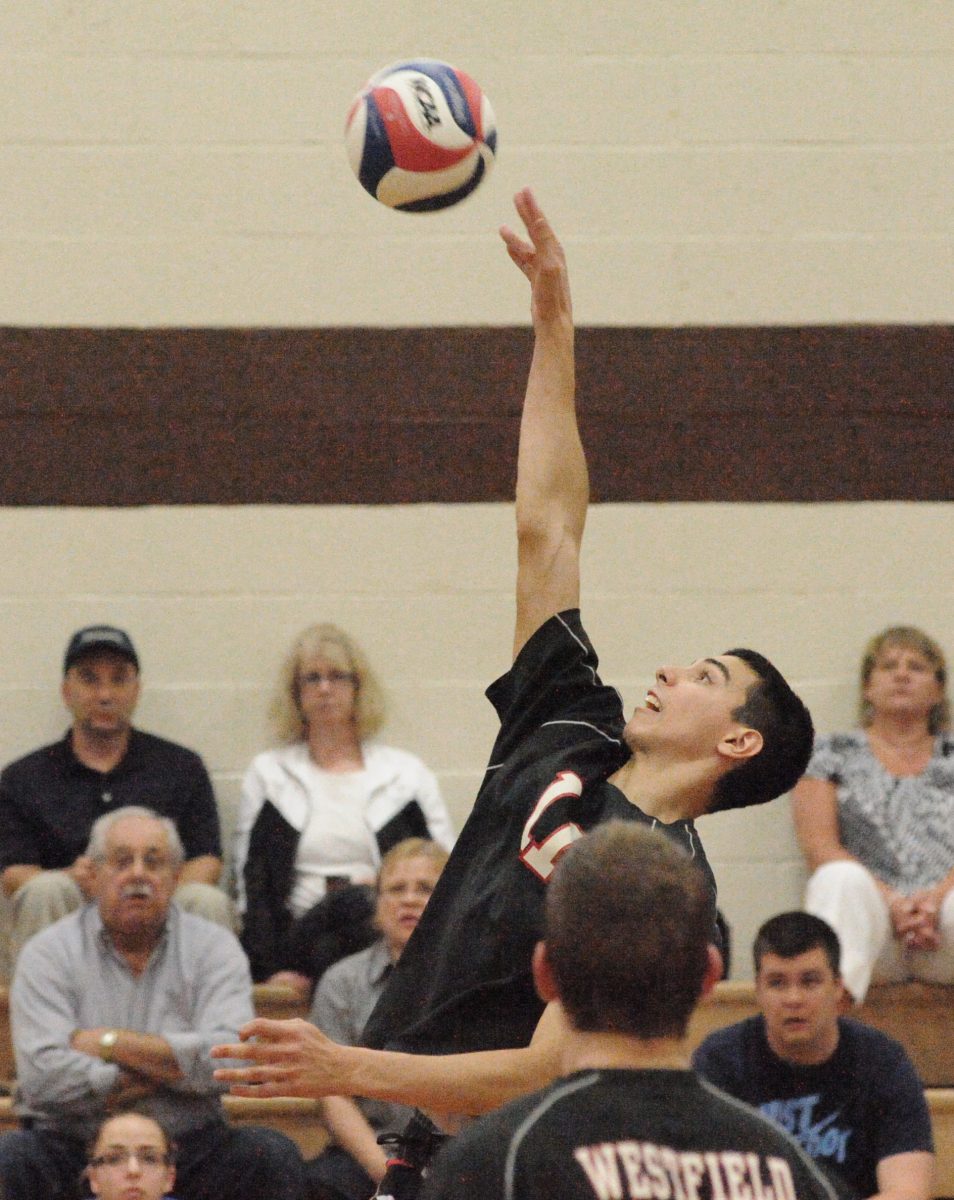 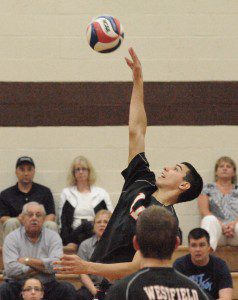 Westfield’s Manny Golob skies for the ball during a 2013 regular season game. Golob and the Bombers will attempt to rise to the occasion in Friday’s showdown against Chicopee Comp. (File Photo by Frederick Gore)

WESTFIELD – It is the perfect matchup.
The high school spring sports postseason is still nearly a month away, but one upcoming matchup is sure to have a tournament feel.
On Friday, two unbeaten boys’ volleyball teams – Westfield (10-0) and Chicopee Comprehensive – will collide in a showdown in the Whip City. The Bombers will host the Western Massachusetts defending champion Colts, beginning at 6:15 p.m.
Westfield kept its hopes for an unbeaten regular season intact when it rallied from a 2-sets-to-1 deficit to escape Agawam with a 25-18, 21-25, 19-25, 25-21, 15-9 victory Tuesday night.
In that game, Westfield fell behind after losing Games 2 and 3, but rallied to win the fourth and fifth sets to remain unbeaten. The Bombers leaned on team leaders Manny Golob and Ryan Bucko, who recorded his 100th career block.
“Agawam definitely came ready to play,” Westfield coach Tyler Wingate said. “We stepped up when we needed to.”