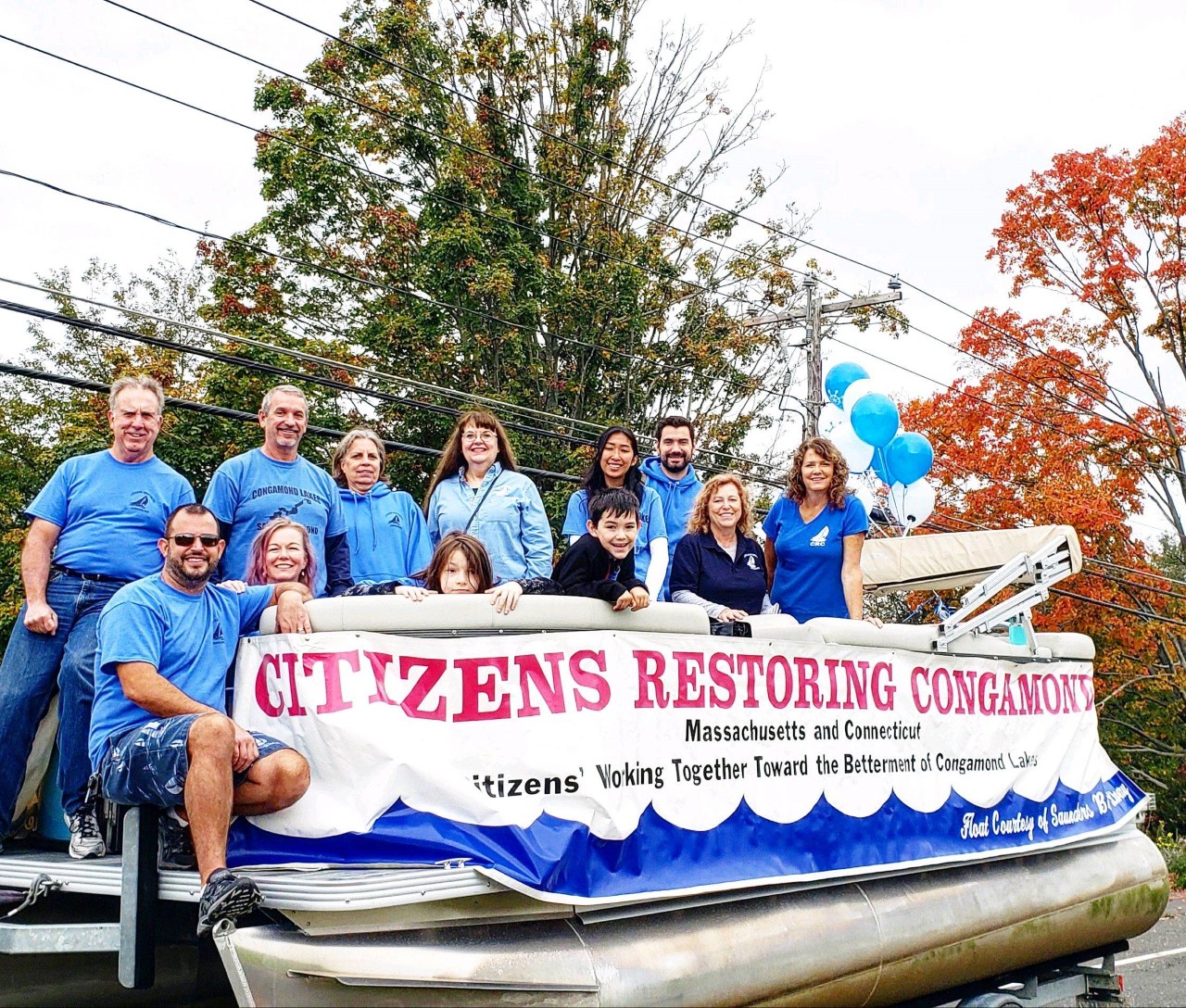 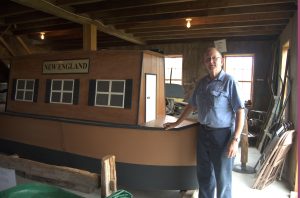 SOUTHWICK — The Southwick 250th celebration has finally arrived after a one-year delay due to the pandemic, and with it comes the Southwick 250 Grand Parade.

Some of the floats in today’s College Highway parade may seem familiar to some spectators who also attended recent anniversary celebrations in neighboring communities.

The Southwick Historical Society will have a slightly altered version of the canal boat float last seen in the Westfield 350 Parade in 2019. The float represents the old boats that would go up and down the now-defunct New Haven-Northampton Canal in the 19th century. The canal cut through six communities in Massachusetts, including Westfield and Southwick, and some evidence of it still remains to this day.

Southwick Historical Society Archivist Lee Hamberg said that the boat was renamed “The New England” after his group was given permission to use it for the Southwick parade.

“We’re very glad to have this opportunity to bring it to the public,” said Hamberg.

Hamburg, in conjunction with the Pioneer Valley Planning Commission and the other five communities that the canal cut through, is taking part in an effort to fully document the Massachusetts portion of the canal, in an effort to preserve local history. At the end of the PVPC project, the canal may be listed on the National Registry of Historic Places.

The Historical Commission, of which Hamberg is also a member, voted to contribute $15,000 to the six-community project. The PVPC will put the surveying project out to bid in November, and has already done some of the GPS mapping of the canal in Southwick. 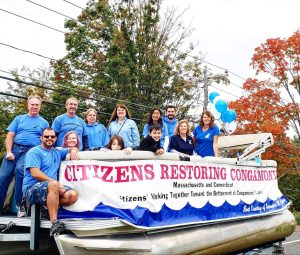 Citizens Restoring Congamond, a nonprofit organization that works to conserve and protect Southwick’s and Suffield’s shared lake, will be seen in the parade on a pontoon boat donated by Kurt Saunders. (CITIZENS RESTORING CONGAMOND PHOTO)

“You can trace it pretty much through the community,” said Hamberg.

During the parade’s one-year delay due to COVID-19, the float was in Westfield, but was brought to the C.J. Gillett Cigar Factory in September for storage.

Another float that will be seen on the College Highway parade route will be the Citizens Restoring Congamond pontoon float. CRC President Michelle Pratt said that the pontoon was donated by Kurt Saunders and Saunders Marina on Congamond Lake. The pontoon will be mounted onto a trailer for the parade, and CRC members will be standing on it with a bubble machine as it moves down the parade route.

The same pontoon float was used in the Suffield 350 parade last week, on Oct. 9. As it happens, Southwick was founded as an independent town almost exactly 100 years after Suffield, Conn., with whom Southwick shares Congamond lake. Suffield’s 350th birthday celebrations were also delayed because of the COVID-19 pandemic.

Today’s celebration of Southwick’s 250th birthday begins at noon with a dedication ceremony for the expanded veterans memorial monument at Depot Street and College Highway.

The Southwick 250 Grand Parade steps off at 1 p.m. from the Department of Public Works, 661 College Highway. Participants will proceed to Town Hall, 454 College Highway.

The State Police helicopter will visit Whalley Park at 3:30 p.m., and the LifeStar helicopter will fly in at 4:30. Children’s activities throughout the afternoon include pumpkin painting, a bounce pad, a big slide and rides from Commerford & Sons, and free ice cream cones.

The celebration ends with fireworks at 8 p.m. over The Wick 338.