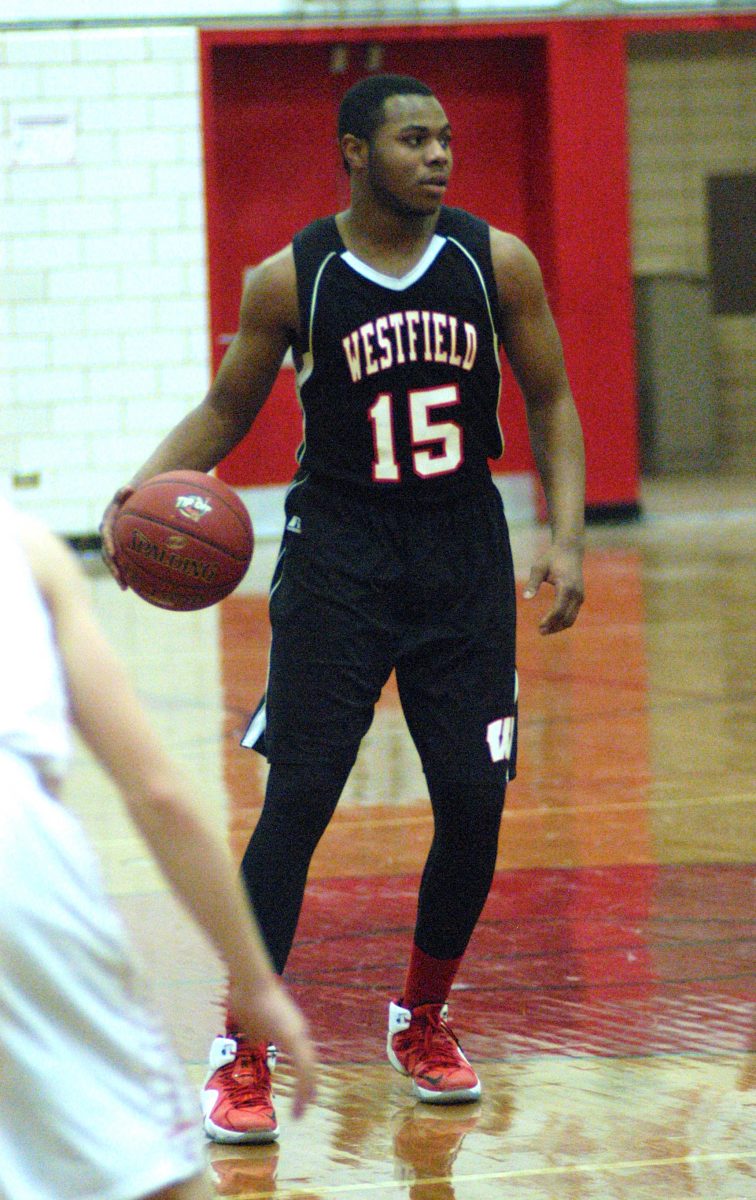 WEST SPRINGFIELD – After a two-year absence from the Western Massachusetts Division I tournament, the Westfield High School boys’ basketball team is back.
Westfield went on a big third quarter run to take a 14-point lead, and held off the hard-charging West Side Terriers 63-59 Tuesday night. The Bombers’ 10th win ensured them of a .500 record or better, and resulted in their first postseason berth since the 2011-12 season.
“It’s good to be back,” said Westfield coach Bill Daley, who enjoyed eight straight trips to the postseason since 2005. “These guys have worked hard the last couple of years.”
Isaiah Headley (25) and Manny Golob (13) worked hard on the offensive end of the court to lift Westfield to a 10-6 record. Several Bombers received playing time Tuesday.
“Now it’s time to take care of business,” said Daley, whose team can improve its playoff seed with a strong finish down the stretch.
Thanks to Mother Nature, Westfield will embark on an NBA style home-and-away as the Bombers will travel to Hampshire Wednesday before hosting the Red Raiders Friday night.