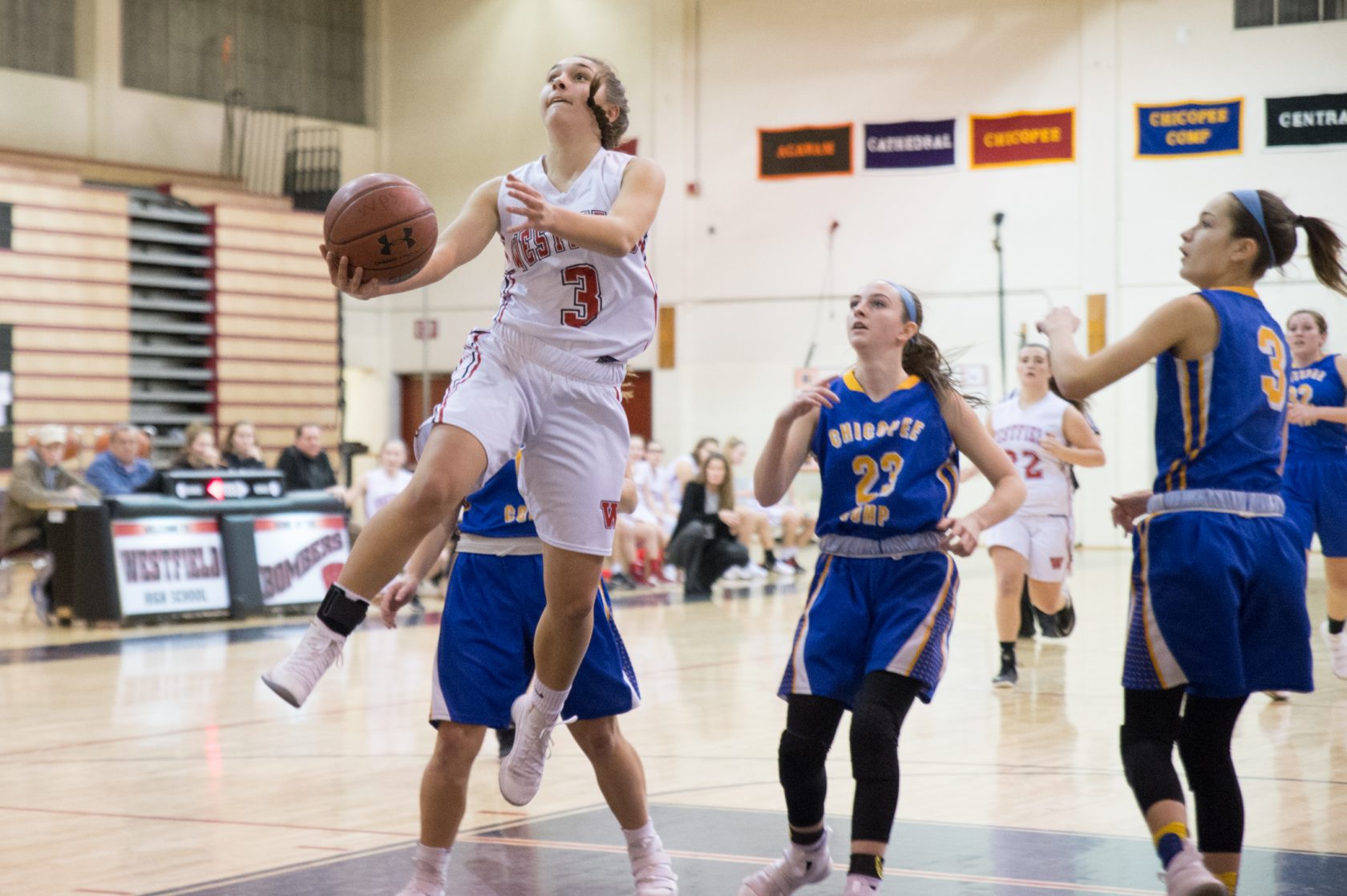 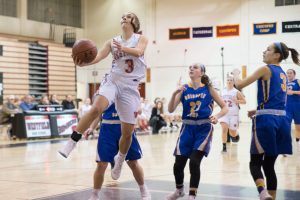 Westfield’s Olivia Hadla splits the Comp defenders and goes in for the layup Thursday night. (Photo by Bill Deren)

WESTFIELD – The Westfield High School girls basketball team has a bit more bounce in their step and for good reason.
On Thursday night, Westfield received double-digit scoring from three players and the Bombers held off Chicopee Comp 68-60.
Westfield rallied from a 20-17, first quarter deficit. The victory ended a five-game skid for the Bombers (4-9).
“It was a great all-around defensive effort from everyone, with (Kaela) Mochak and (Alexis) Wood dominating on the boards,” Westfield coach Cyndi Fillion said.
Westfield’s Olivia Hadla scored a team-high 25 points. In addition to rebounding the ball, Mochak and Wood finished with 18 and 12 points, respectively.
Westfield will attempt to string together a couple wins when the Bombers welcome the East Longmeadow Spartans Tuesday in the Whip City. Tip-off is at 7 p.m.

PVCA wins the free throw battle
Pioneer Valley Christian Academy 57, Westfield Technical Academy 46
The story of the game came down to free throws. Pioneer Valley converted 15 of 22 from the foul line; Westfield Tech went to the stripe just twice, going 1-for-2.
Eight different players scored for Westfield Tech, but no one finished in double digits.
“The shots simply did not go down,” Westfield Tech coach Kyle Dulude said. “Even when we got rebounds, we missed the putbacks. We weren’t all 100 percent in it. These things happen. We just have to bounce back.”
“There was a lot to learn from tonight’s game,” coach Dulude added. “Players took ownership after the game individually for things they didn’t do right. Hopefully they make some changes, minor ones, and I am sure we will get back on track.”