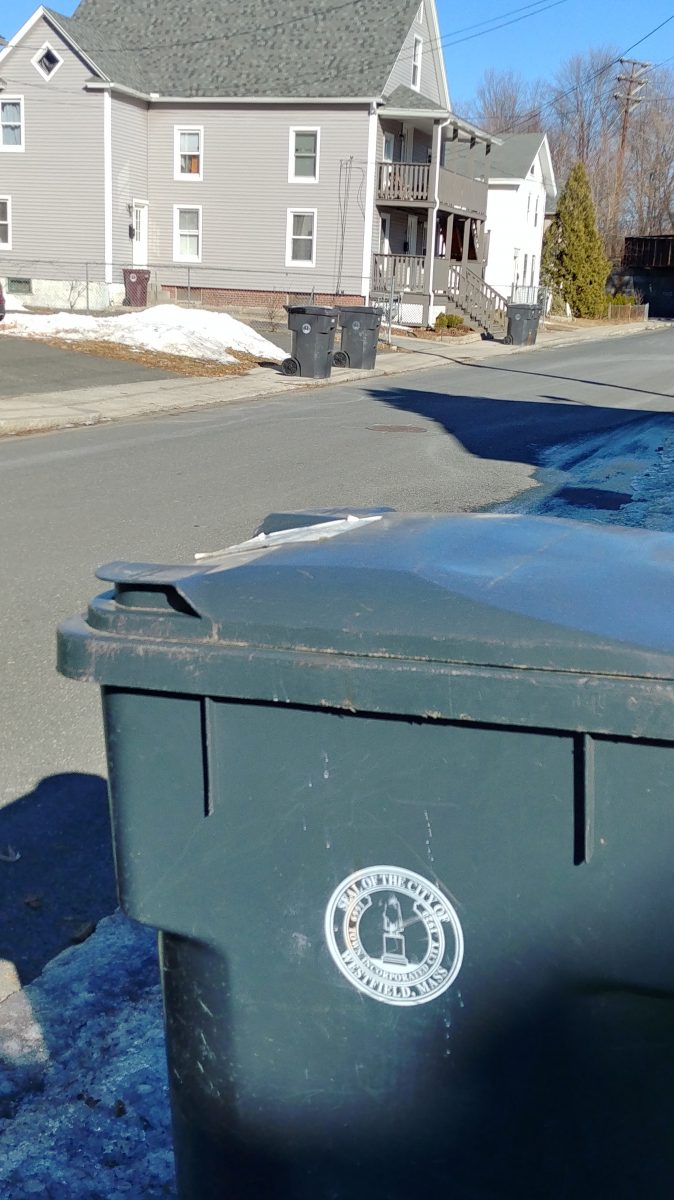 WESTFIELD—As trash bins still line several streets in the city, officials say that the garbage will be picked up soon enough.

The city has struggled with trash pick-up in recent weeks, as snow, holidays and equipment issues have caused delays in the weekly rubbish collection. However, Department of Public Works Director David Billips said that the efforts to clean up the trash should be enough to hopefully have the city caught up by next week.

“All residents should please leave their containers out at the street so the crews won’t miss them if they are working overtime hours,” Westfield Mayor Brian Sullivan said regarding the issue Thursday.

According to Billips, personnel are working extensively to try and collect the trash, and are expected to work through at least part of the weekend to finish. 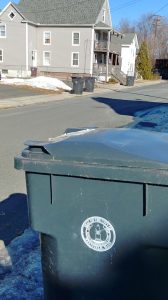 “They’re working as long as it’s light out,” he said.

“Those guys work hard, it’s a tough job,” he added.

According to Billips, the city’s trash collection was hampered two out of the past three weeks due to snowstorms and holidays occurring in the same weeks, essentially cancelling trash collection for those days.

In addition, the city has seen several of their vehicles have issues, resulting in a lessened fleet than usual tending to the trash collection.

“We had a couple trucks we had to take off the road,” Billips said.

“One failed inspection and it’s not really safe, and we got another that needs an engine rebuilt,” he added.

The engine that needs to be rebuilt, Billips said, could cost about $20,000, so it is doubtful that it will be fixed.

Another vehicle, which they recently got back, also had transmission issues that were recently fixed. 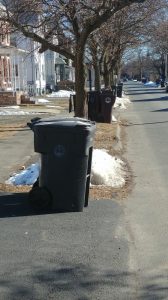 Trash cans left along the curb of Orange Street.

The city has not only had issues with the trash pickup from homes, though—there has also been an issue with dumpsters not having trash taken of late.

Billips said that this was due to a rear-loading vehicle that was taken out of service due to a failed inspection.

“It’s an unsafe way to pick up trash, old technology,” Billips said. “We didn’t really have a choice but to take it off the road.”

And while the city was already investigating on how to replace this vehicle, the fact that it failed inspection required the city to act quicker. So, Billips said that they entered a short-term contract with a local contractor, which has since moved to a full-time one.

However, they too had an issue with their own technology.

“They also had a vehicle down. That’s another reason they got a little behind,” Billips said.

Billips noted, though, that the issue of dumpsters not being cleared should be resolved soon. He added that the contractor is also in the process of replacing dumpsters in the city.

Billips said that Westfield is not the only community that is experiencing this issue. Other areas are also being hit by the delays, whether due to weather and holidays, or by mechanical issues.

“One of the bigger contractors [in the area] said that they’re down 10 trucks,” Billips said. According to Billips, the city will be up to a full fleet by next week, when they receive two rental vehicles. They currently have one vehicle that they are loaning to help, as well.

“We’ve got five back right now with the loaner, but only had three before this,” Billips said, adding that one did not have a compactor, so it was more like a half-truck.

Billips said that while the snow and holidays didn’t help matters, the vehicles’ ages and wear is a major issue.

“Past that you’re ‘band-aiding’ them,” he said.

However, Billips believes that the city should be caught up with replacing most of the fleet by the end of the next budget cycle. Previously, he noted, the city replaced two vehicles in 2014, and another two this year.

Finally, regarding the personnel working to gather the trash over this period, Billips said that they are getting paid for overtime if they reach that point, but that the sum “is not substantial.”