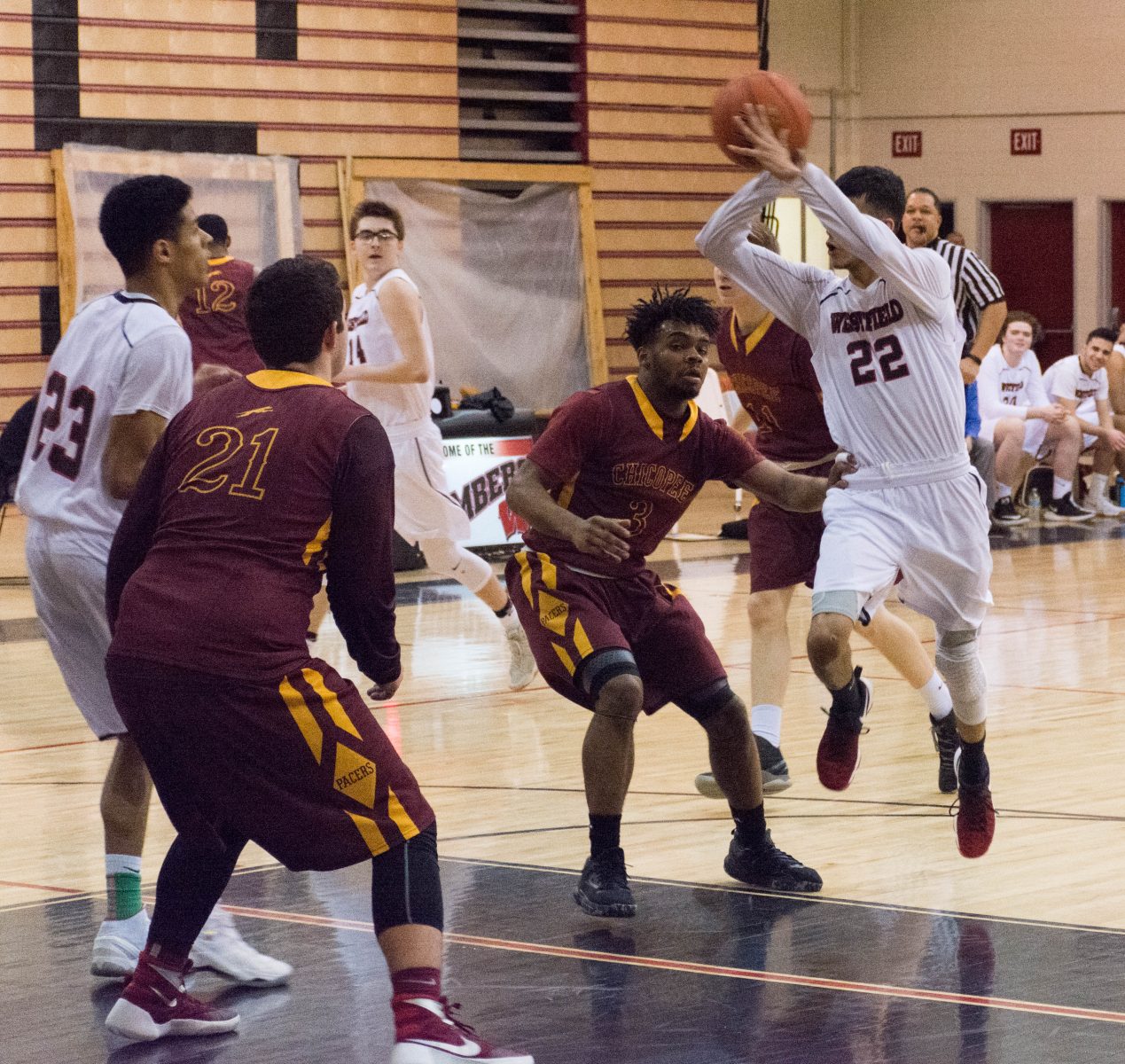 WESTFIELD – Red alert! Red alert!
Western Massachusetts has been put on notice. The Westfield High School boys’ basketball team is proving to be a real threat to all of its opponents.
Westfield, arguably the region’s most improved boys’ basketball team, won its ninth game in resounding fashion Friday night, dismantling Chicopee at home, 82-55.
Four players reached double digits scoring for Westfield (9-9), which employed a balanced scoring attack throughout the entire 32-minute contest. 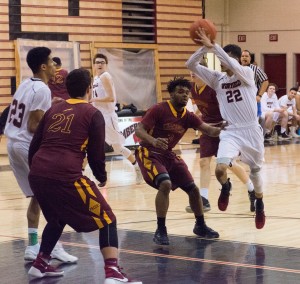 Westfield’s Gabe Piepergerdes scored a team-high 23 points. Rodney Bernard and Javi Santos finished with 19 and 14, respectively for the Bombers, and Aidan Dunn had 11.
Westfield came out evenly distributing the ball, putting together a 7-0 run to begin the game. The Bombers proved they weren’t joking when Santos tossed an alley-oop to Bernard, who complete the early run.
In the second quarter, Westfield took off.
Five different players scored for Westfield during a three-minute stretch as the Bombers went on a12-0 run to take a commanding 32-13 lead with 3:57 remaining in the first half.
Chicopee attempted a comeback in the third quarter, but Westfield had an answer every time.
Chicopee cut its deficit to 14 with consecutive baskets just after the halftime break with the big shot being a three from Francisco Santiago, but Piepergerdes knocked down a three and Dunn hit a two to extend its lead to 19.
Leroy Williams hit a two for Chicopee. Bernard answered with an acrobatic and-one. Pacers’ Tre Alexander scored two points. Bernard hit a three. Haner Nunez made two free throws and came up with a two. Westfield’s Luis Castro responded with a two.
Westfield seized ultimate control of the game late in the third quarter and early in the fourth with an 18-0 run.
The postseason is now firmly in sight for Westfield. The Bombers must win one of their two remaining gmaes.
Westfield travels to Amherst to take on the mighty Hurricanes Monday night at 7 p.m. The Bombers return home for their final game of the regular season Tuesday night, senior night, against the East Longmeadow Spartans.