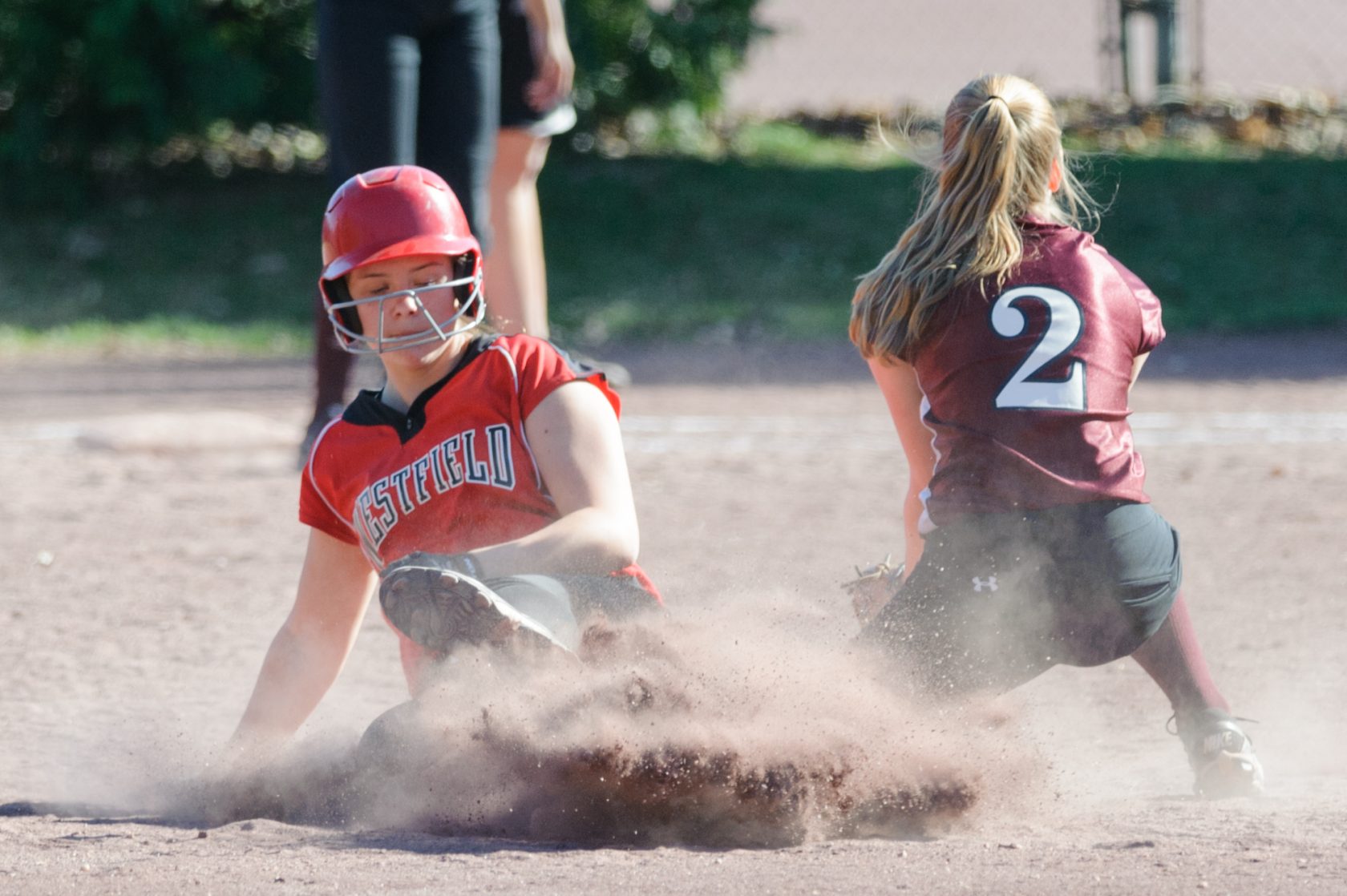 WESTFIELD – After a cool start to the season – the Westfield High School softball team opened the season 0-3 – the Bombers heated up Tuesday in a big, big way.
Westfield pitcher Haley Moniz shut down the opposition on the mound, and the Bombers offensive exploded for 25 runs in a 25-1 rout of visiting Amherst.
“It was finally nice to see the team come together and play well for an entire game,” Westfield coach Tim Desmond said. “We have had one bad inning in our first two games, which ended up costing us big. Today we finally put it all together and it felt good to earn our first win.” 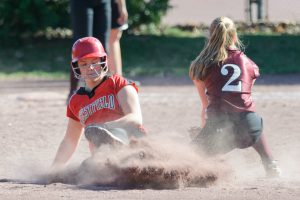 Westfield’s Madison Robitaille beats out the Amherst throw on a close play at second base Tuesday. (Photo by Bill Deren)

Brit Kowalski went 4-for-4 with a double, triple, four runs and eight RBIs to lead Westfield. Madi Robitaille (3-for-3, triple, run, RBI) and Sam Schieppe (2-for-4, double, 3 runs, 2 RBIs) also had multi-hit efforts for the Bombers.
Moniz scattered six hits, struck out nine batters and walked one in a mercy-shortened five innings.

Lee storms past Gators
Lee 11, Gateway 4
Lee stormed out of the gates with a seven-run, first-inning, and never looked back.
Brett Turban (triple, 2 runs, RBI), Shane Mastello (double), and Nathaniel Bushor (2 runs, walk, RBI) each had two hits for Gateway. Turban also struck out seven batters in four innings on the mound.