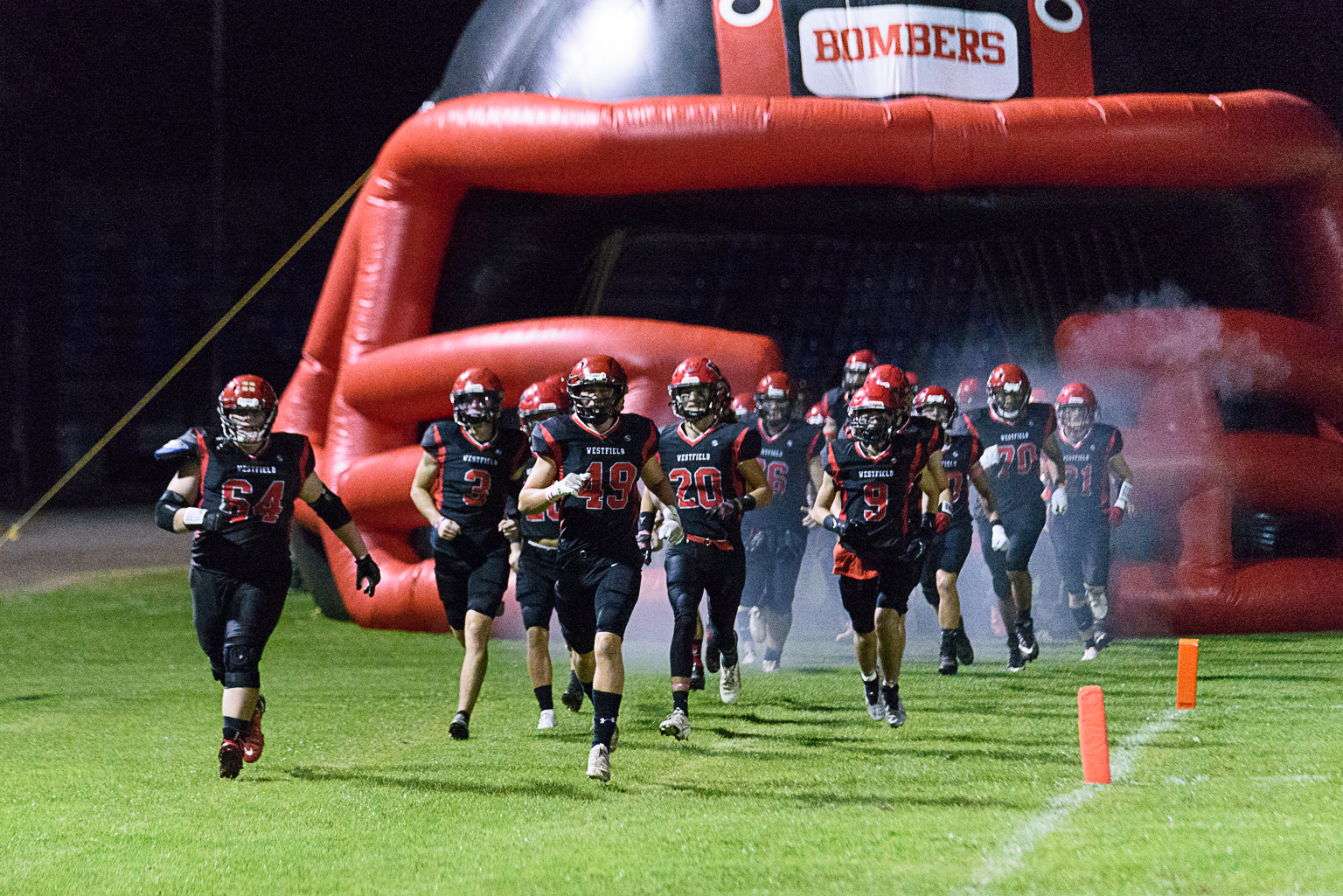 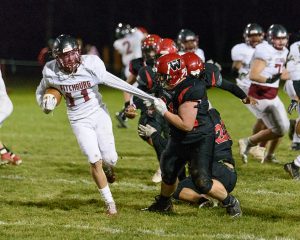 WESTFIELD – First they took down all of Western Massachusetts, save for the Central Golden Eagles. Then, last week, they turned back 12th seeded Fitchburg in the first round of the inaugural Division 3 football state tournament, 7-6, to advance to the quarterfinals.
Now, the Westfield High School football team will turn its attention even further east. On Friday, the fifth-seeded Bombers (7-1) will travel to Plymouth to take on the No. 4 Plymouth South Panthers (7-2). Kickoff is 6 p.m.
“It’s going to be a dogfight; it’s a long drive for us,” Westfield football coach Rob Parent said. “We’ve got to try to get our kids in the right mindset, get ready to go out there and play some really tough football.”
Coach Parent said the key to overcoming a lengthy road trip will be to “stay loose, stay fresh, energized” and “make that distraction effectively go away.”
The mileage is not the only potential roadblock that Westfield will face. Plymouth South has a quarterback who can throw, a capable running back, and a big, strong physical line.
“(Plymouth South) is good,” coach Parent said. “They’re in the quarterfinals for a reason.”
Westfield is also in the quarterfinal round for several good reasons. Bombers senior quarterback Matt Adamites engineered three straight victories before being tripped up by one of the state’s most feared squads, the Central Golden Eagles, on an Oct. 8th night in Springfield. 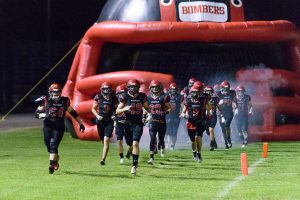 The Westfield Bombers will be in action Friday night at Plymouth South in the quarterfinal round of the state’s inaugural tournament. Kick off is at 6 p.m. (THE WESTFIELD NEWS FILE PHOTO)

In that game, Adamites suffered a season-ending injury, opening the door for freshman Jaxson St. Pierre. St. Pierre, having already played in a big game at the youth level – – he directed his team to a Super Bowl title and subsequent trip to Canton, Ohio for a national contest – – is now showing some of the same promise and poise for the varsity team.
With a ferocious defense behind him, a superior offensive line, a solid rushing attack, and skilled wideouts, St. Pierre has excelled. He has led the Westfield High varsity football team to wins over Minnechaug, Chicopee Comp, Longmeadow, and Fitchburg in consecutive weeks.
There have been some road bumps – – last week St. Pierre threw two interceptions – – but the freshman QB continues to move on, never letting obstacles derail his team’s progress.
“Me as a play caller and us as athletes, we have to find a way to score points,” coach Parent said. “We have to play a clean game. We can clearly see (through scouting) that (Plymouth South’s) defense is stout. We have to be able to put the ball in the end zone.”
Even if Westfield crosses the goal line once, odds are they will come out victorious. Through eight games this season, the Bombers are averaging 29 points per game. On average, they are allowing less than a touchdown per game.
Plymouth South’s points differential is much closer. The Panthers have beaten their opponents by less than one touchdown per game.
But this game will be decided on the field.
“There is no reason not to believe (our) team is special,” coach Parent said. “We have done some special things all year. I think we are really close. Our team is in a spot for a reason like the other eight. I give us a fighting chance.”