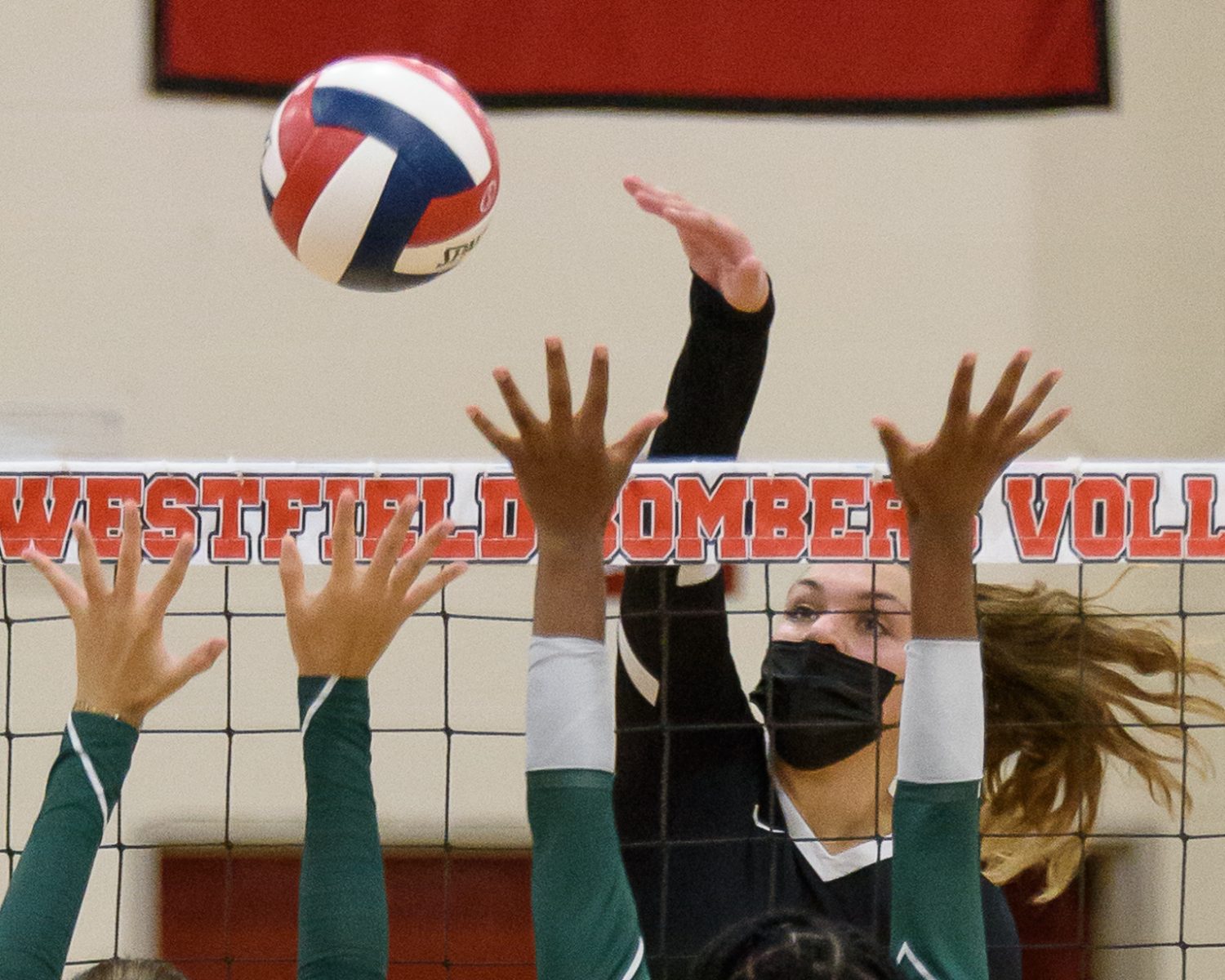 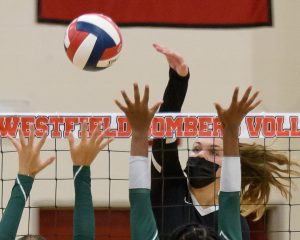 WESTFIELD – Westfield managed to avoid a letdown after a stirring victory in Wednesday night’s season opening sweep of Longmeadow with another 3-0 win, this time against Minnechaug 25-8, 25-15, 25-22 on Thursday evening.
Livia Ciubotaru (7 kills, 4 aces, 5 digs), Lauren Carnes (4 kills, 2 aces, 3 digs), Emma Petzold (3 kills, 4 aces, 3 digs, 1.5 blocks), Abby Menzel (2 kills, 23 assists, 3 aces, 5 digs), and Kaitlin Price (6 aces, 14 digs) paved the way for the team’s second straight victory to begin the 2021 season.
The game was won at the service line.
It was another solid night for Westfield (2-0), who racked up a total of 23 aces and made just six service errors.
“We put constant pressure on Minnechaug, trying to make it difficult for them to score,” Westfield High School girls volleyball coach Tyler Wingate said.
Westfield will look to extend its early season win streak Monday when the Bombers travel to Amherst-Pelham to take on the Hurricanes. The game will begin at 6 p.m.

FIELD HOCKEY
Westfield 9, Mahar 0
Meghan Bowen and Norah Bargatti each recorded a hat trick as Westfield shut out Mahar in resounding fashion. Jess Isler, Lilly Taglieri, and Claire Griffith scored one goal apiece for the Bombers. Griffith and Taglieri also had two assists each. Rowan McDonald and Madi Gordner each had an assist.

BOYS SOCCER
Pittsfield 2, Westfield 0
Pittsfield took the lead about 20 minutes in when their left winger cut inside and converted a shot side netting. The Generals scored an insurance goal with 10 minutes left in the half with a header off a free kick.
Westfield started off strong with a couple of good chances off of crosses but could not convert. Pittsfield also thwarted several Bombers’ chances in the second half to preserve the victory.

GOLF
Pope Francis 158, Southwick 161
Pope Francis golfer Jaelyn Debois shot a match-low 38 (tying Southwick’s Andrew Morris) and three others each scored a 40 to lead the Cardinals to a victory on the par-36 at Edgewood Golf Course.
Matthew Garrity finished with a 40 for Southwick, and Rams’ Josh Drumm and Matt Coviello shot a 41 and 42, respectively.