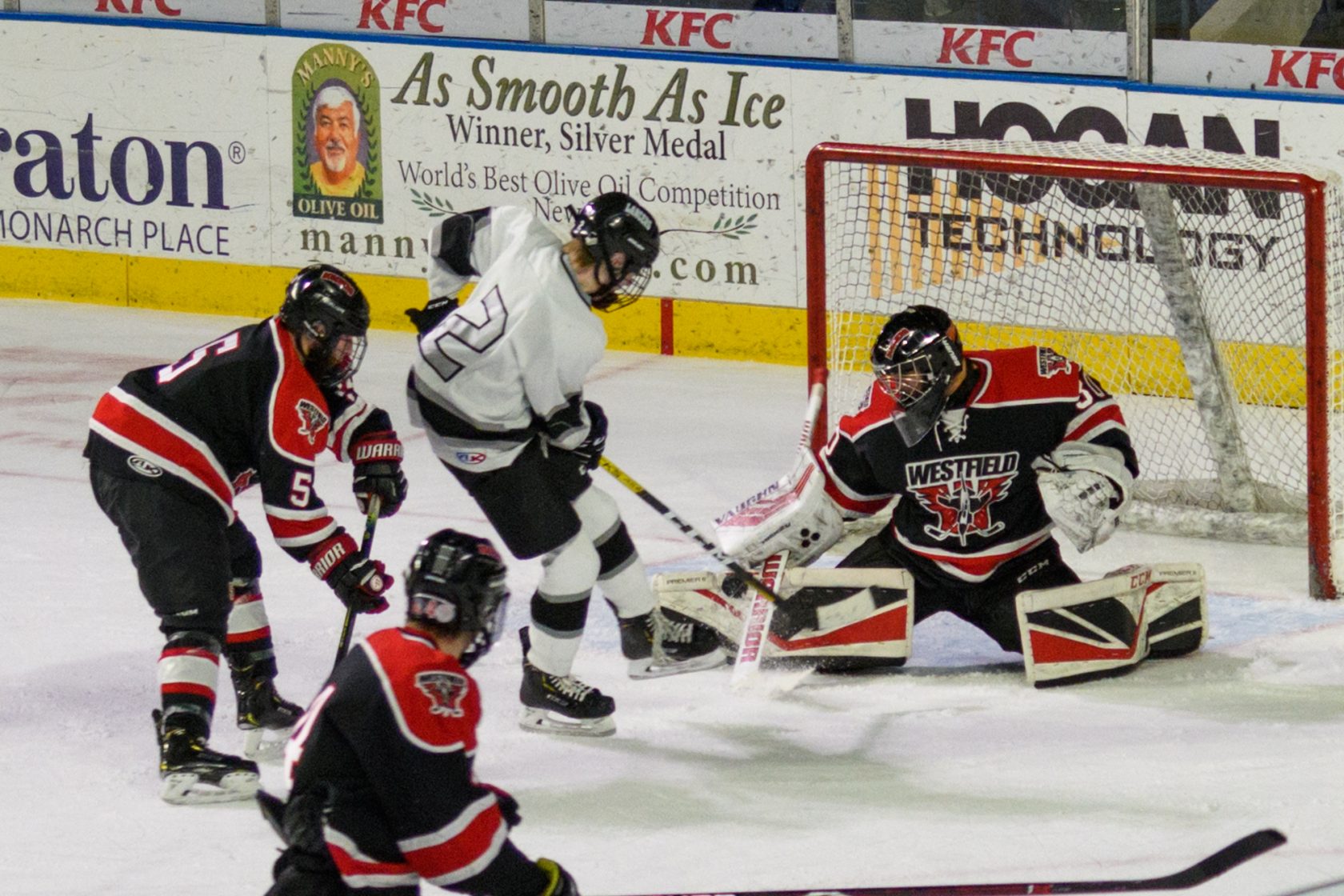 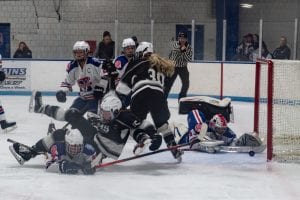 WESTFIELD – As most local hockey fans know, the Westfield Bombers and Longmeadow Lancers have combined to create some of the most memorable moments in the sport for nearly two decades, rivaling any blockbuster that Hollywood has produced.
The Massachusetts Interscholastic Athletic Association’s recent decision now paves the way for more pulse-pounding action.
Although a pandemic has wreaked havoc with youth, college and pro sports for the better part of a year now, the MIAA voted to approve a shortened ice hockey season for male and female student-athletes. The Pioneer Valley Interscholastic Athletic Conference, which governs the vast majority of high school sports teams throughout Western Massachusetts, set the start date for Jan. 4.
“All of these athletes have had their seasons cut short in every sport,” said Longmeadow girls ice hockey coach Melissa Vandermyn, whose co-operative team draws heavily from Westfield High School. “It’s either this or nothing. We are going to make the best of it for six or seven weeks, work to be competitive, be safe and follow the rules.”
One of those rules now includes reducing scrums along the boards to include just one offensive and one defensive player. A third participant in a scrum will cause an immediate stoppage of play. Officials will also have the authority to stop play if a scrum in any area of the ice is prolonged greater than five seconds.
“With the scrums, I understand the regulation,” coach Vandermyn said. “It’s just going to be tough to get used to because that’s not how you play hockey. The adjustment will be on me to coach the girls. We get to play so we’re going to do what we have to.”
There are other modifications which have been made to the game to adhere to CDC recommendations, and state and local guidelines in response to the coronavirus.
Only one person from each team will be allowed in the penalty box at any time during the game. If another player must be in the designated “auxiliary box/location,” they must be socially distanced either outside the penalty box or in the bench area as close to the penalty box as possible. When possible, the second and or subsequent penalized players must move to the penalty box upon the exit of the previously penalized player. In the case that the penalty box is on the opposite side of the rink from the bench, the second and subsequent players penalized will serve it in a designated “auxiliary box/location” on the team bench/bench area and cannot come off the bench until the penalty is over.

Players preparing for the face off must also set up six feet apart, and masks must be worn at all times.
“The one (rule change) that is tough is the penalty box,” coach Vandermyn said. “The referees are really going to have to regulate that. …And it’s tough to play with a mask on. It’s very difficult to play a sport with a face covering on … but everybody will make the best of it.”
There is a lot at stake for Westfield and Longmeadow.
The Longmeadow girls co-op ice hockey team, which is comprised of players from Longmeadow, Westfield, Southwick, Agawam, East Longmeadow, South Hadley, and Minnechaug has grown from a team of 12 players in 2014 to nearly 40 today.
With out-of-state travel banned, a junior varsity year in question, and rosters downsized from 22 to 20 to meet new MIAA guidelines, the varsity squad is expected to carry 18 skaters and two goalies.
“That’s especially difficult … with (our team) growing exponentially,” Vandermyn said.
Longmeadow is expected to participate in interleague play within their division against teams such as Algonquin, Shrewsbury, and Pope Francis with games against Auburn, Leominster and Oakmont also a possibility. 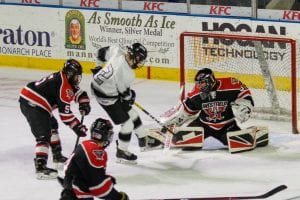 Westfield goalie C.J. Czarnecki flashes out his right pad for a save against Longmeadow in a high school boys ice hockey game earlier this year at the MassMutual Center in Springfield. (Photo by Bill Deren)

“I think the biggest thing this year … is if we don’t give these kids a place to play, they’re going to go back to prep schools,” Vandermyn said. “For Western Mass to be on the map for hockey it is very important that public or private schools play whether it’s six weeks with 10-12 games or a full season with 20 games.”
To say the boys ice hockey program at Westfield and Longmeadow high schools has also seen its fair share of success is an understatement. The Bombers and Lancers have combined for 18 of the last 19 Western Massachusetts Division 3 championships.
Westfield has won five of the last seven finals and 13 of the last 18.
The future of Southwick’s co-operative boys ice hockey team for the 2020-21 season is still up in the air. While the Westfield School Committee has already given the Bombers the go-ahead for a winter hockey season, the Southwick school board, which essentially nixed the fall sports season for all but golf, is expected to vote on winter sports Dec. 15.
The Southwick boys ice hockey team is made up of players from Southwick, Granville, and Tolland; and also draws from Westfield Technical Academy and St. Mary’s high schools.
Southwick’s hockey program began in 2017. After becoming a varsity squad in 2018, the Rams made their first tournament appearance a year ago.