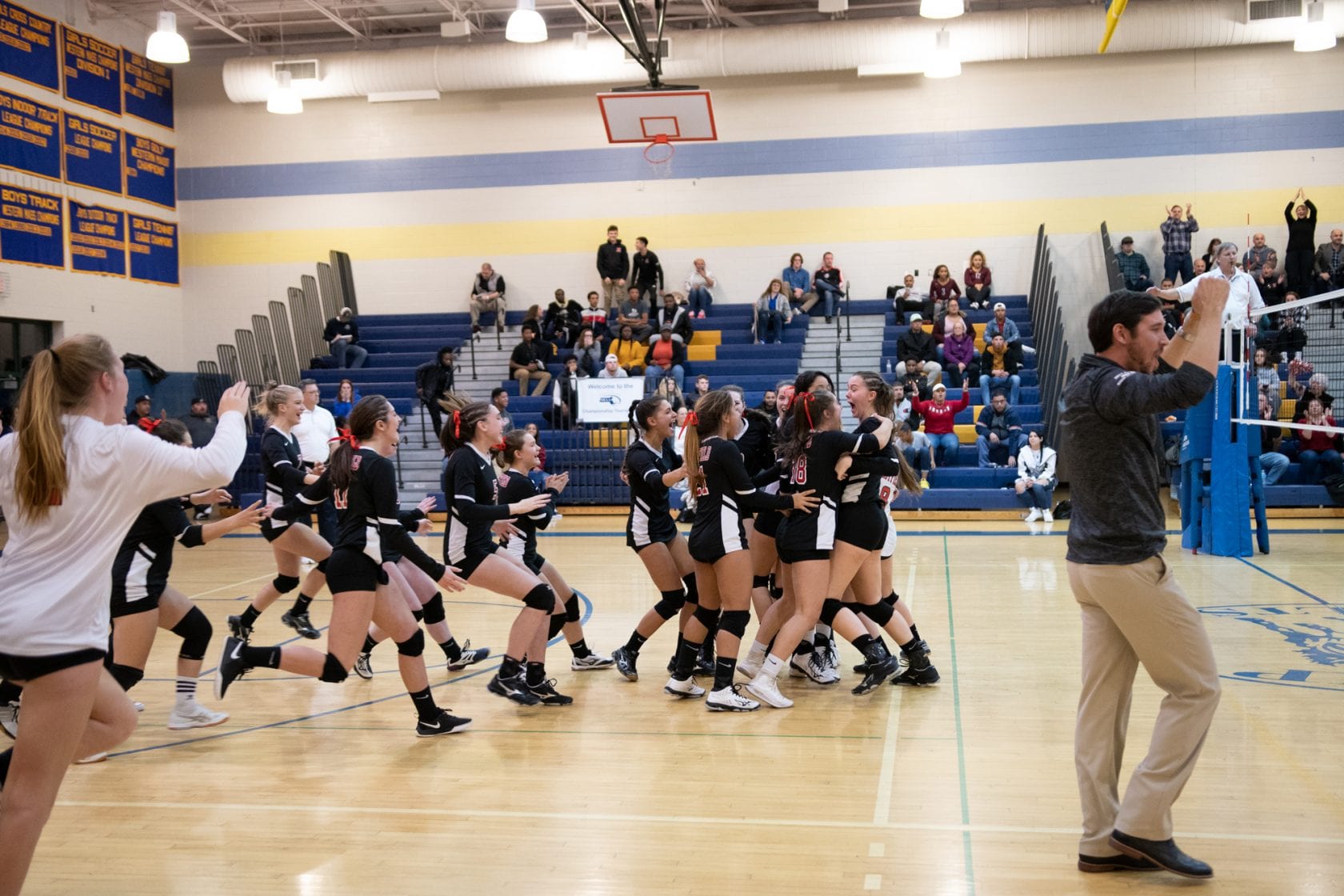 CHICOPEE – For the first time in forever, the Westfield High School girls volleyball team is playing for all the marbles.
No. 1 Westfield avenged a regular season loss to Central, upending fourth-seeded Central in a West Division 2 semifinal Thursday night at Chicopee Comprehensive High School. The Bombers rallied from a first set loss to down the Golden Eagles, 23-25, 27-25, 25-17, 25-19.
“Year One to Year Three to be making a trip to the Western Mass finals is quite the testament (to this team),” said Westfield third-year head coach Tyler Wingate. “It’s all about them – the growth over that time, the continual belief in the things I’m asking them to do, but most importantly their belief in each other.” 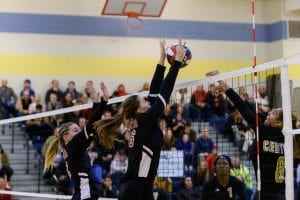 Westfield’s Madison Robitaille is in prefect position for the stuff on a Central shot during a West Division 2 girls volleyball semifinal at Chicopee Comprehensive High School. (Photo by Bill Deren)

Westfield senior Tetyana Shvyryd, who delivered 13 kills and 21 digs, agreed.
“It’s one of the best things I think that could happen to this team,” Shvyryd said. “They haven’t gotten this opportunity yet. I think this a good opportunity for all of us to just play our hardest and put our hearts on the floor, hit everything we can and just do it.”
That “just do it” moment will come Saturday against No. 2 Minnechaug in the championship at West Springfield High School. The finals match begins at 2:30 p.m.
Westfield’s glorious run against Central began with a thrilling two-point victory in an epic second set.
Westfield rallied from one-point down 10 times in the frame to tie it. The two teams combined for 16 ties in the second game alone.
“It was our determination to get to Western Mass.,” Shvyryd said, referring to her team’s relentless resolve.
Westfield dominated the third game, deconstructing Central at nearly every turn. The Bombers put together a stunning 7-1 lead, led by as many as 12 points, 19-7, and displayed a suffocating team-oriented attack that confounded the Golden Eagles.
Central closed the gap to within six points twice, but could not do it a third time and fell.
The final set featured a wave of big plays from Westfield.
Westfield senior Tetyana Shvyryd delivered a wicked kill shot to knot the game at 7-all. The Bombers converged for a resounding block in the midst of a rally a short time later that left Central’s lanky Alecia Maxwell pirouetting in a daze as the ball plunked to the ground right in front of the net.
“Those are the little sparks that ignite the flame,” Shvyryd said. “We are encouraged by those moments. I think that’s just one of the things that everybody gets so excited about – like a kill, or like something unbelievable.”
The big moments kept coming like a chain reaction.
Viktoria Pavlyuk (7 kills) landed a kill … Irelis Rodriguez (11 kills, 10 digs) collected an ace … and the dominoes fell.
“With the ability to attack the entirety of the net, it requires the other team to make a split-second decision on where it’s going to go,” coach Wingate said. “I think Brigid (Moriarty) was excellent tonight in distributing the ball.”
Moriarty finished with 30 assists.
Said Wingate: “We got contributions across the board.” 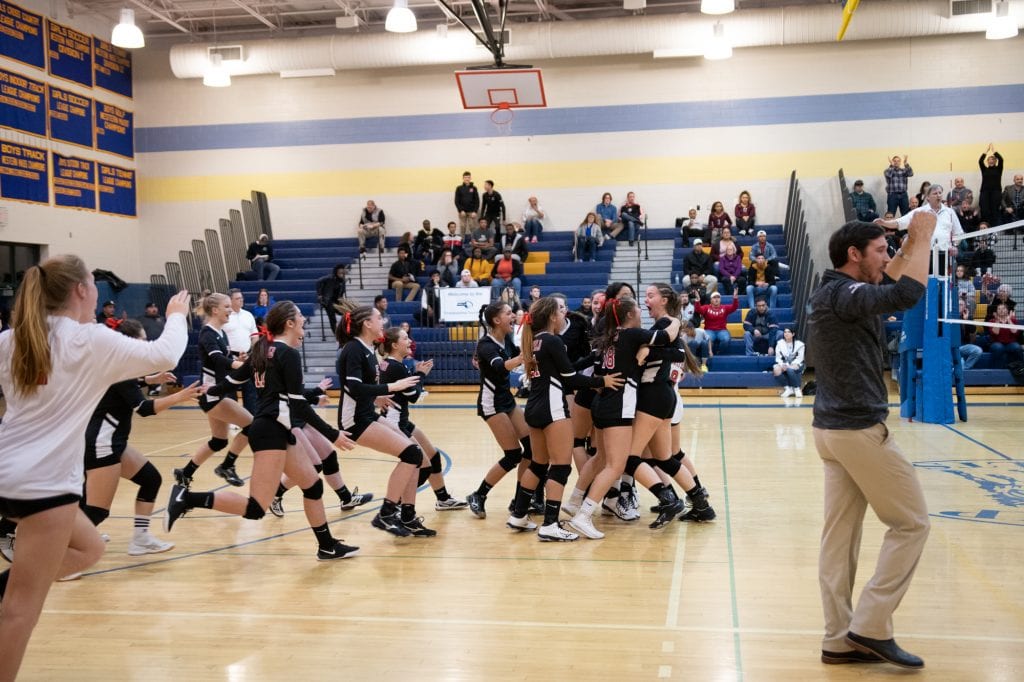 Westfield girls volleyball coach Tyler Wingate raises his fists in celebration as the Bombers storm the court to celebrate a semifinal victory and trip to the West Division 2 championship game following a 3-1 win over Central Thursday night at Chicopee Comprehensive High School. (Photo by Bill Deren)