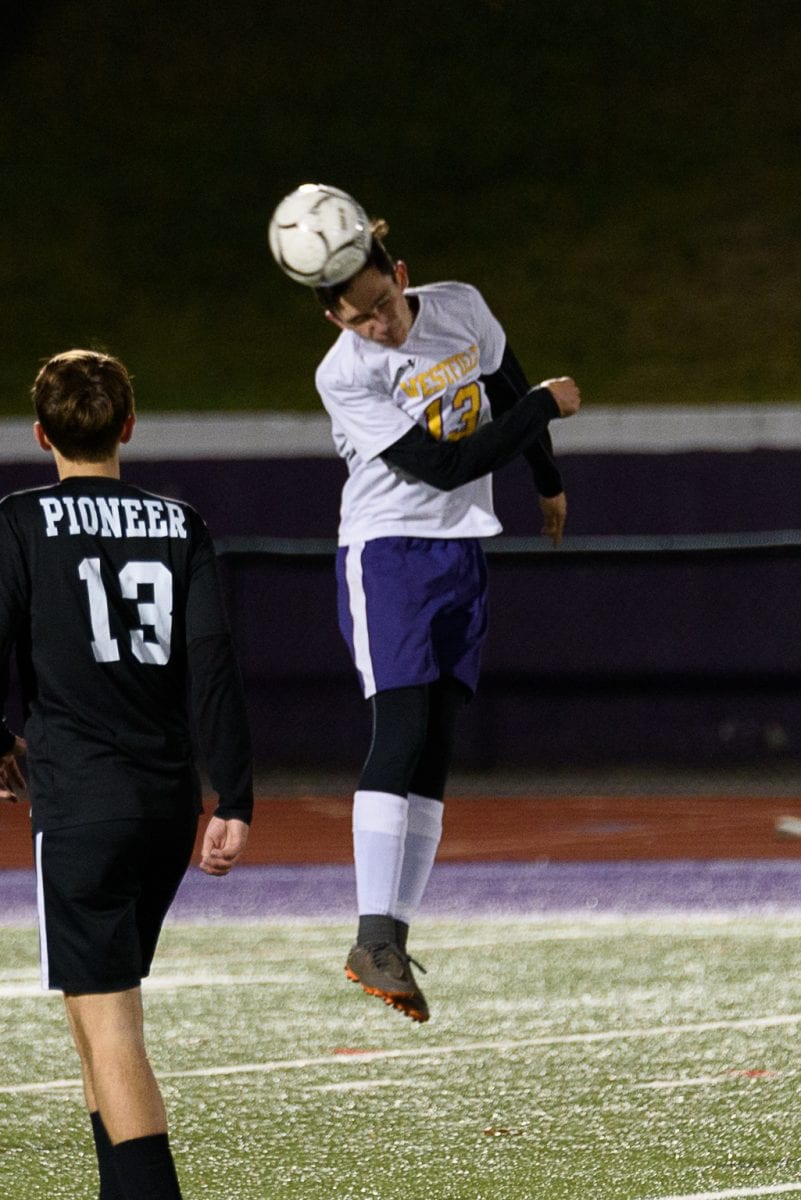 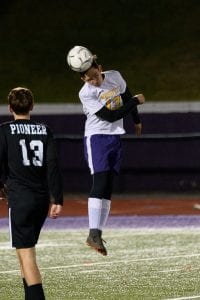 HOLYOKE – They have the look of a team of destiny.
For the good part of the last decade, the Westfield Tech boys soccer team has made one amazing run after another through the regular season, and on into the Massachusetts Vocational Athletic Directors Association’s tournament, typically ending with hardware of some sort, whether it be a championship trophy or at the very least, a runner-up medal.
The only problem being that they exude so much energy and emotion that they have a hard time recapturing that magic again just a few short hours later for the Western Massachusetts tournament.
Not anymore.
No. 3 Westfield Technical Academy played through blood, sweat, and tears and came out the other side with a thrilling 1-0 win over No. 2 Pioneer Valley Regional on penalty kicks in the West Division 4 semifinals Thursday night at Holyoke High’s Roberts Field.
“I told the guys … they will go down as one of the best teams ever,” Westfield Tech coach Kyle Dulude said.
Westfield Tech sophomore goalkeeper Dave Antonovschi made several big-time saves to record the shutout.
“Dave was definitely the game’s MVP,” coach Dulude said. “He came up with some of the best saves I have ever seen at any level.”
Westfield Tech also logged a few goal line clears, including two key ones from Dan Kontsimal.
Dulude credited seniors Kirill Ohkrimenko, Vitaliy Borodin, Michael Minchala, Josh Bush, and Frank Florek for their strong efforts.

Westfield Tech moves on to face top-seeded Lenox in the championship game Saturday at Westfield State University at 1:15 p.m. The Tigers lost to the Millionaires in overtime, 2-1, three years ago when the seniors were just freshmen.