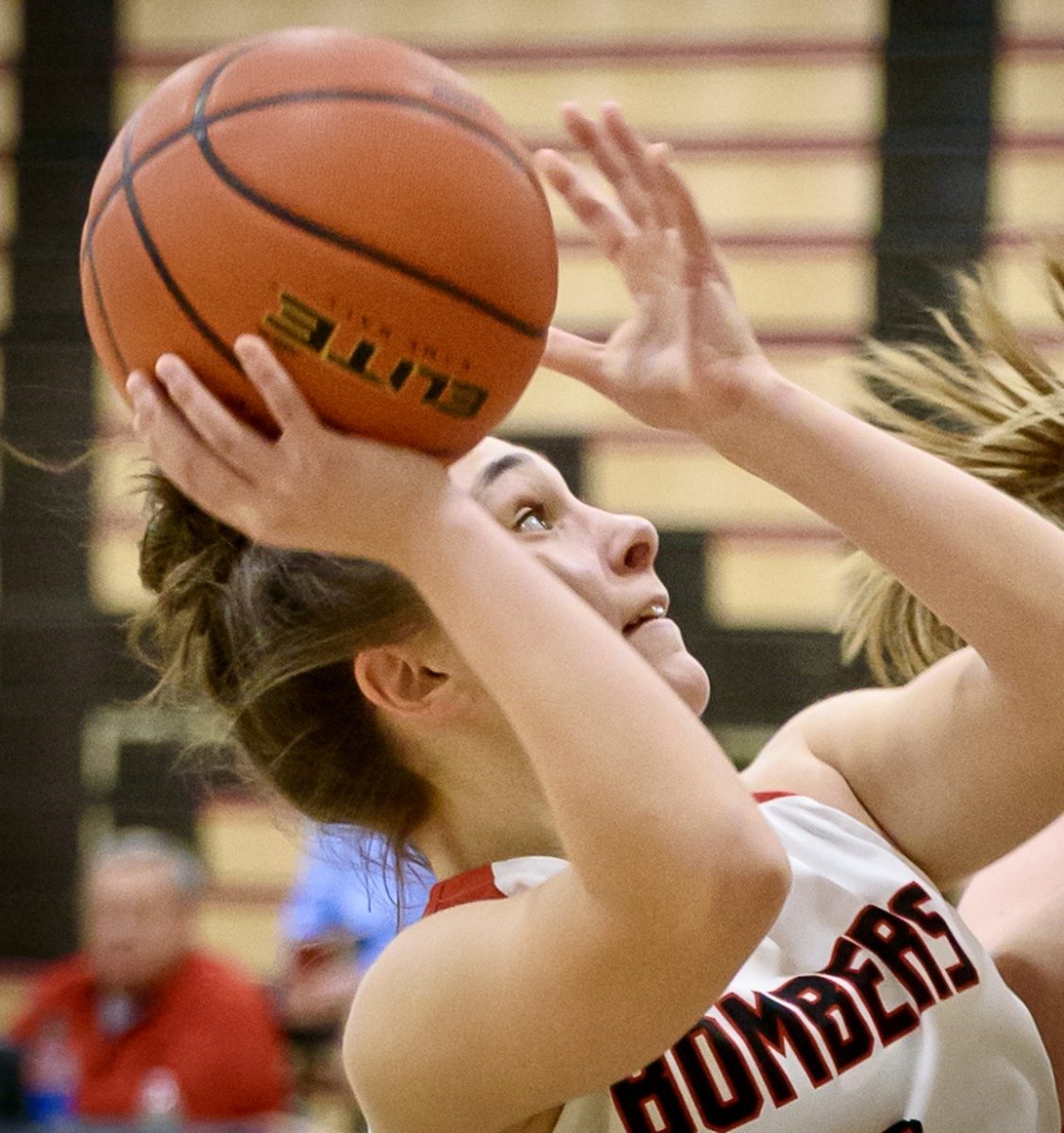 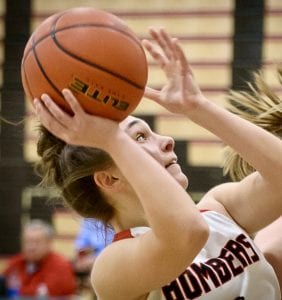 WESTFIELD – It was better late than never for the Westfield High School girls basketball team in their latest effort.
Westfield outscored Chicopee Comp 17-2 in the fourth quarter to turn back the Colts 53-34 Tuesday night.
Westfield led by just two points entering the final quarter, until Bombers coach Dylan Willey instituted a full-court man-to-man press.
“We ramped up the pressure,” coach Willey said. “I thought as a whole, our team defense was good. It led to us playing a bit more aggressively on the offensive end.”
Olivia Hadla came alive for Westfield, scoring 13 points in the fourth quarter to finish with 24. She made five 3-pointers, all in the second half.
Morgan Fillion provided solid minutes for Westfield in the second half, especially in the fourth quarter with several key rebounds.
“She’s been getting better and better,” coach Willey said of Fillion. “It started in practice. She gave us great energy in that fourth quarter. Tonight her plus-minus was through the roof.”
Fillion also had an exciting take-down block.
Westfield definitely picked up the pace of play as the game progressed. The Bombers scored just six points in the first quarter and 12 in the second quarter before netting 16 in the third quarter and 17 in the final eight minutes.
“(The win is) nice but we’ve got to get over these slow starts,” Willey said, pointing toward finals week as the potential culprit. “Mental fatigue? Maybe. I was very happy with how everyone handled today’s game. It wasn’t pretty but we stuck with it.”
Juliana Beaulieu set the pace for Chicopee Comp, and finished with a team-high 12 points.

BOYS BASKETBALL
Long ball sinks Saints
Smith Vocational 46, St. Mary’s 44
St. Mary’s controlled the pace of play throughout all four quarters and led for nearly the entire game, but Smith Vocational made two big 3-pointers at the end to escape the Whip City victorious.
St. Mary’s missed a game-winning three in the waning seconds.
“It was the best game we played in a long time,” said St. Mary’s boys basketball head coach Joe Molta, whose Saints were coming off a solid stretch in a recent game against Pathfinder. “It was really a great effort from the kids.”
St. Mary’s nearly produced four double-digit efforts in the scoring column.
Jack Lamirande led the way for the Saints with 13 points. Mike Pepe and Nick Montenero each had 11, and Brady Collins finished with nine.

Saints turn back Smith
St. Mary’s 45, Smith Vocational 30
St. Mary’s opened the game with a 10-0 run and never looked back. Emma Goodreau and Jessica Crosby led the Saints with 15 and 14 points, respectively.

WRESTLING
Rams fall to Red Raiders
Hampshire 51, Southwick 24
Southwick’s Ryan Laferriere (126 pounds) won by pin in 19 seconds, Logan Dubois (132) won by pin in 57 seconds, Ben Cleland won by pin in 1:45, and Ryan Musanbai (285) won by forfeit.
Southwick 170-pound senior Dakota Wood failed to register another victory, but still stands at 17-5 overall this season.
With Western Mass. championships right around the corner, Southwick (12-3-1) will be sharpening its focus in the coming weeks.
“We would like to get five to six wrestlers to place at WMass,” said Southwick wrestling coach Dave Whalley, whose team stands a reasonable chance of placing top five overall.