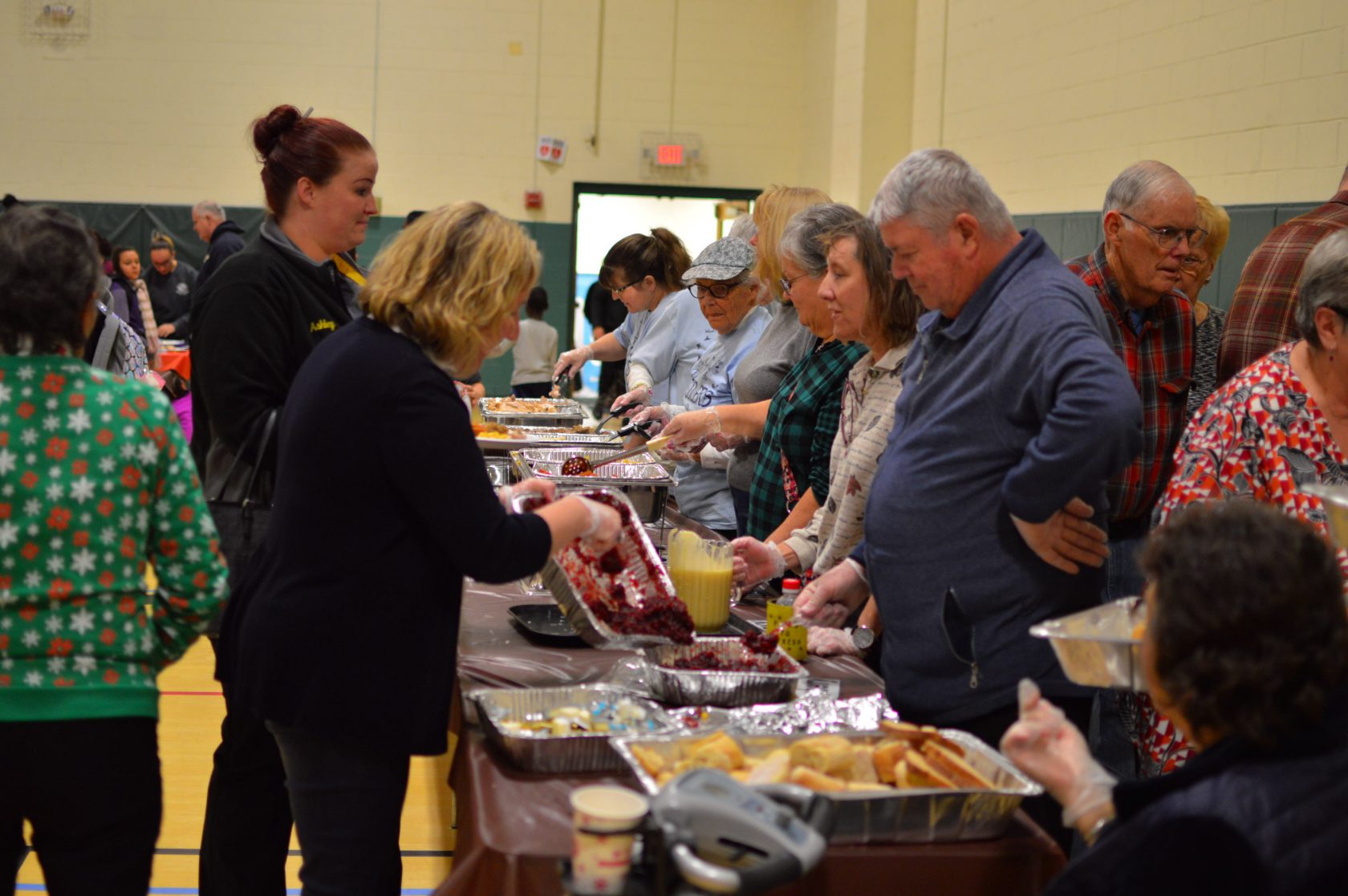 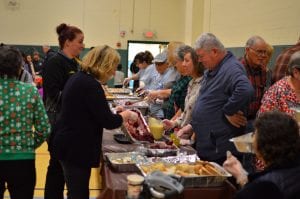 WESTFIELD- The Boys and Girls Club of Greater Westfield hosted its 28th annual Thanksgiving Dinner for club members and families Nov. 21 in the club’s gymnasium.

The dinner consisted of donated foods from various people and organizations in the community. Volunteers from the Boys and Girls Club staff and members of the community served the food.

“In the first 40 minutes we had about 400 people,” said Bill Parks, director of the Greater Westfield Boys and Girls Club. “In total we can probably expect 500.” 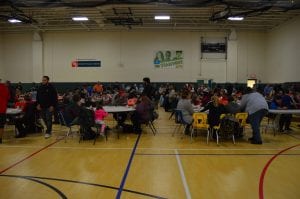 Within 40 minutes of the beginning of the dinner, over 400 people had gone through the line for their meal. Parks said that he expects about 500 people total. (Photo by Peter Currier)

As they have for the past several years, much of the food was prepared at Tekoa Country Club by its owner Dan Burack. The potatoes and carrots, of which there were likely more than 100 pounds, were donated by Ray’s Family Farm in Southwick. Ray’s Family Farm has been donating food to the  Boys and Girls Club for the event since it started 28 years ago.

“This is a really nice family event,” said Parks, “Some of the people that came to this as kids are now volunteering and serving the food as adults.”