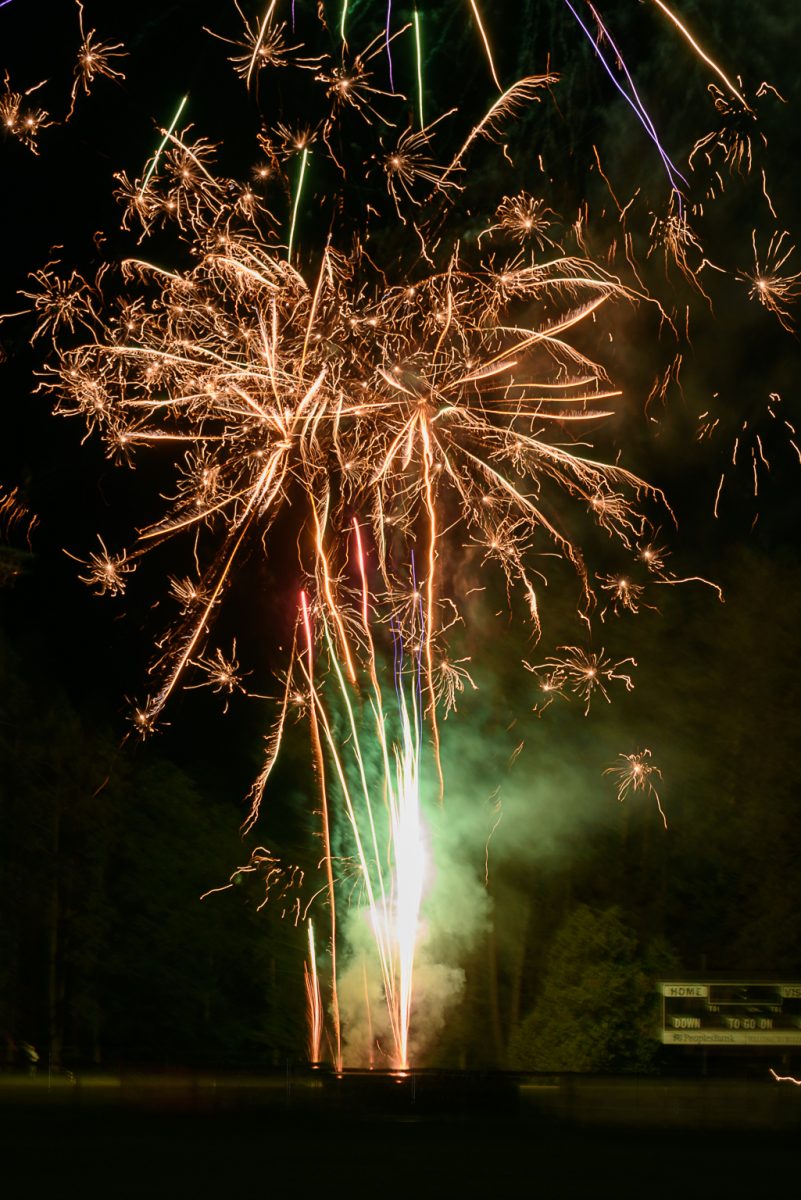 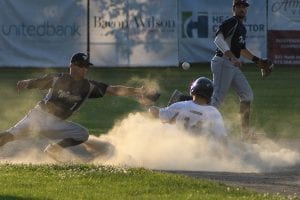 Westfield Starfires’ Danny Crossen (14) makes it to second in a cloud of dust. (Photo by Marc St. Onge)

WESTFIELD – Sunday night’s matchup on Bullens Field between the Westfield Starfires and the Worcester Bravehearts ended in a loss for the home team with a final score of 9–6.
It was the Starfires game to lose though.
The first run of the game came in the second inning in favor of the Starfires after a handful of singles from Christian Walsh, Thomas Joyce and Elijah Dale to put runners on base. Dale’s hit would push Walsh across home plate.
Westfield held the lead through six innings, scoring two runs in the fifth and one in the sixth while Worcester had one lone run on the board thus far. 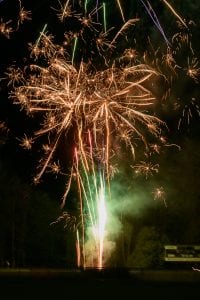 While fans were treated to a special fireworks display following Sunday’s game, it was a seventh-inning explosion that ignited Worcester’s comeback. The Bravehearts scored five runs in the inning off of three hits and three walks. With a score of 6–4 heading into the eighth, it began to look bleak for the Starfires.
Worcester scored another run in the eighth to add to the total, leaving the Starfires to chase a three-run deficit. Westfield made a solid attempt to take the lead back, scoring two runs to put themselves only one run down. Two singles from Sean Moorhouse and Dolan Ocasal helped make those runs possible.
Despite the Starfires efforts, the Bravehearts were able to hold onto the lead and the game finished with a score of 9–6.
The Starfires have two more home games this week before facing a long span of road games in the next couple of weeks. They hope to snag a couple wins and bring the magic back to Bullens Field. – Courtesy of Audrey Gamble/Westfield Starfires