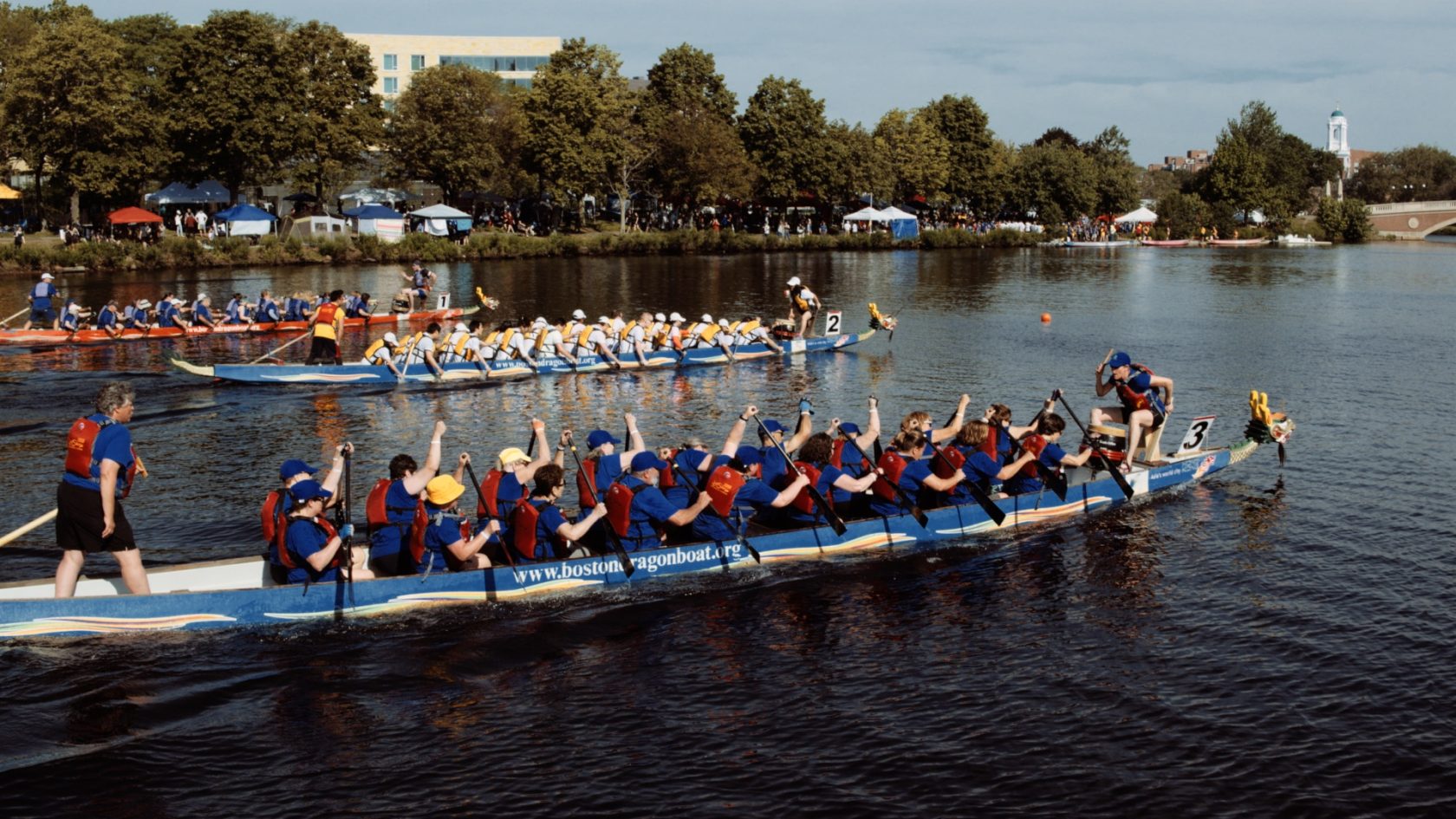 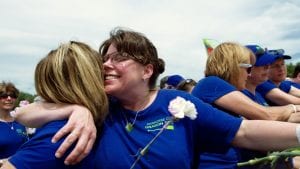 WESTFIELD – After finishing her breast cancer treatments five years ago, Lisa Butler of Westfield was not sure what to do next.  “I came out of survival mode and I felt really lost,” Butler said.

A friend of hers told her about the Paradise City Dragons, a Dragon Boat team in Northampton made up of breast cancer survivors, all cancer survivors and supporters. Butler went to a learn to paddle class, and became instantly hooked on it.

Now a short film about the Paradise City Dragon Boat, “Paddle Together,”  is being presented nationwide in the 2020 PBS Short Film Festival, and Butler is hoping that people will watch it and vote for it through Friday, July 24 to win the “Most Popular” award. A panel of eight jury members will also select their favorite film of the festival among the 25 short-form independent films entered for the Juried Prize.

Dragon boating is an ancient water sport started in China, and is the fastest growing water sport in the world, according to Butler. Dragon boats are fiberglass canoes, powered by 20 paddlers with a steersperson in back and a drummer in the front of the boat beating a cadence for the crew. It is proven rehabilitation and therapy for breast cancer survivors,  improving balance, fitness, flexibility, and coordination, and it sharpens mental focus, because you have to paddle in sync. 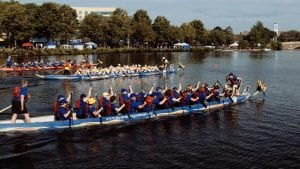 The Paradise City Dragons, a 501(c)3 non-profit established in 2016 by coach Betsy Powell of Northampton, practices on the Connecticut River, launching from the Northampton community boathouse off of Damon Road.  The team competes in Dragon Board festivals anywhere from Vermont to New Jersey. Butler said there is always a category for breast cancer survivors. They currently have two boats and about 40 team members of women and men. No experience is necessary to join. www.paradisedragons.org

Butler, who is also a member of the executive board of directors,  said she makes the commute from Westfield twice a week “to be a part of this amazing team.  Twice a week, May to October on the river, rain or shine. When it gets cold out, we move indoors and work on cardiovascular strength. Our coach refers to us as athletes,” Butler said.

Butler, who said she was “never a water person at all,” is also co-manager of a startup team, a composite team from three different teams in Mass., who plan to participate in the International Breast Cancer Paddlers Commission (IBCPC) festival in New Zealand in 2022.

The film’s creator, Small Forces of Chicago, brought “Paddle Together” to the festival in the culture category. Butler said the crew came out and filmed us at their practice site and traveled with them to the Boston Hong Kong Dragon Boat Festival in Boston. “We won the Bronze metal that year. Their short film highlights how breast cancer survivors find support and friendship,” she said

There are four ways to cast a vote for “Paddle Together,” and viewers can do all four. Voting ends on Friday, July 24.

· Go to https://www.pbs.org/filmfestival/films/paddle-together and click on the “Heart” button.

· Go to the PBS Short Film Festival Facebook page and click on either the thumbs-up icon or the heart icon.

· Watch the film at pbs.org.

“My hope is people will watch our short 5 minute film “Paddle Together”. I hope people especially breast cancer survivors will understand how dragon boating can bring back cancer survivors to physical activity while finding support. Going through a devastating cancer diagnosis is very difficult. It’s nice to be on this journey with people that understand you in a way that your family and friends just don’t get. I hope the film inspires breast cancer survivors to see what is possible. I hope they will vote for our film!!,” Butler said.