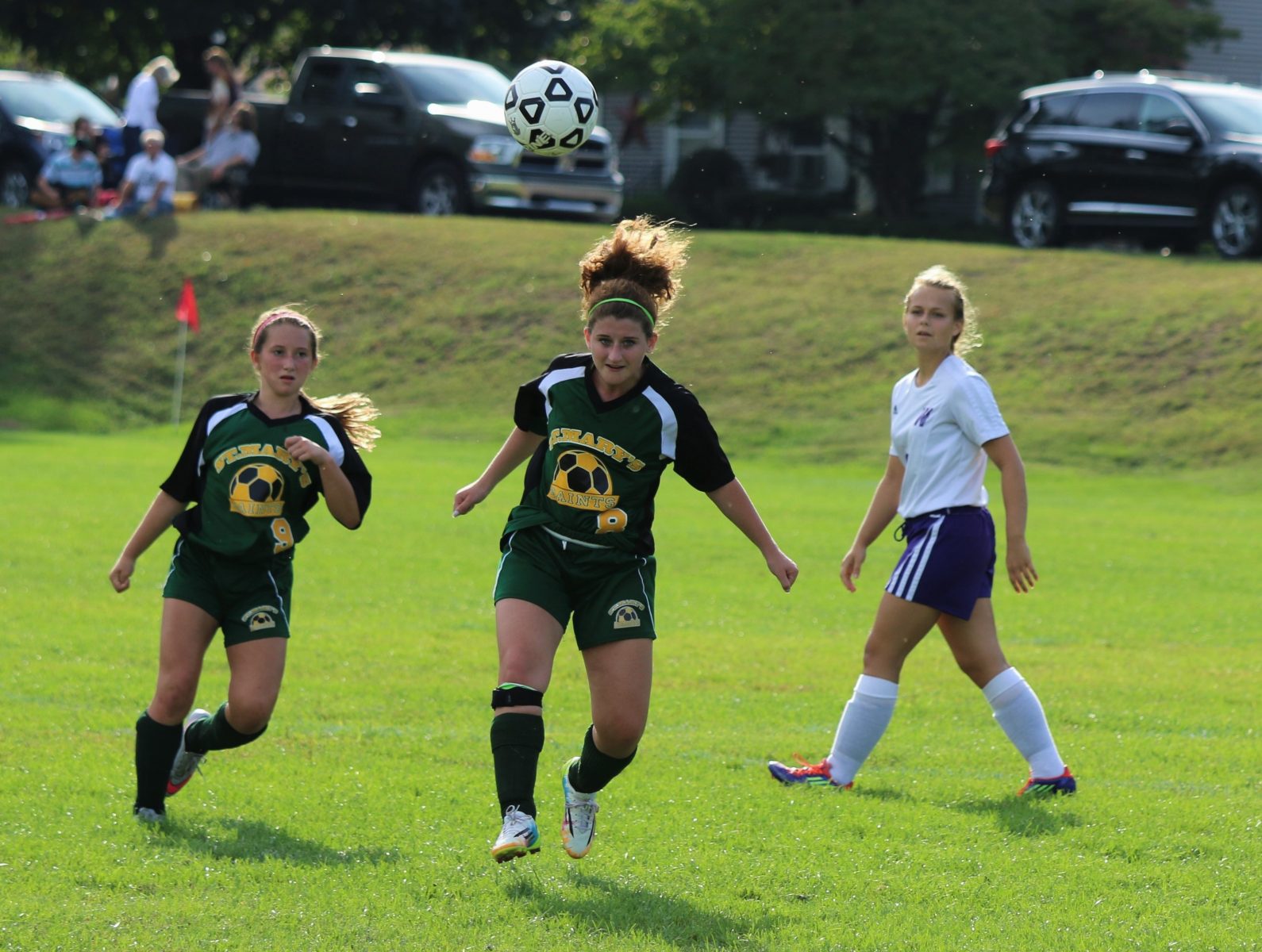 WESTFIELD – Westfield Tech stormed back from a 1-0 halftime deficit, scoring four goals – Sydnie Brock recorded a hat trick – in the second half to rally past St. Mary 4-1 in a high school girls’ soccer game Tuesday at Jachym Field.
Allie Goodreau scored a first-half goal off a penalty kick for St. Mary.
Westfield Tech came roaring back in the second half. Captain Sydnie Brock scored in the first minute of the half with an assist from captain Emily White. They connected again nine minutes later. Brock scored yet once more on a pass from Liza Lapko, and Liliya Stepanchuk tallied an insurance goal. Captain Heather Lannon assisted.
Westfield Tech goalie Diana Solokhina made three saves in net for the victory.
“This was a tough loss for the Lady Saints today,” St. Mary coach Andy Lussier said. “The score does not reflect the level of strong play the girls had today, and I’m not really sure that we should have lost this game.” 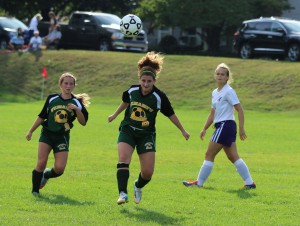 “(We) kept up the pressure with several scoring opportunities … but we just could not find the net,” Lussier added. “Westfield Technical Academy came back into the second half with some aggressive play and tied things up just a few minutes into the second half. From there it was some great back and forth through the half, and Westfield Technical Academy split our defense a few times to create their scoring opportunities.”
Lussier credited Saints’ goalie Aisling Butler (6 saves) with a solid effort in net. “(She) made some great saves in goal tonight though the one-on-ones eventually got the best of us.”
“The girls really did play very well tonight,” Lussier continued. “We just had some bad luck and a hard time finding the back of the net. It’s tough when you put almost 20 shots on goal and don’t get any bounce your way. We’ll have some things to sort out at practice the rest of the week.”

Bombers knot Lancers
Westfield 1, Longmeadow 1
Westfield and Longmeadow scored one goal apiece in the second half of a tie. Kaela Mochak scored in the 47th minute for Westfield. Alanna Barzola assisted on the play.
Francesca D’Agostino tied the game seven minutes later, and that is how it remained.
Westfield goalie Lindsay Cousins finished with 11 saves.

Falcons clip WHS on tiebreaker
Minnechaug 167, Westfield 167
Westfield lost on a fifth score tiebreaker, falling at Wilbraham Country Club by the slimmest of margins. Jack Hogan shot an even par 36.

GIRLS’ CROSS COUNTRY
Hurricanes sweep past Bombers
Amherst 17, Westfield 38
The hilly course, high humidity, and perennial powerhouse Amherst proved too much for Westfield (1-2) to overcome on the road Tuesday.
“That’s the way it goes when you are in the toughest division in the valley, and Amherst is always pretty tough, taking second in Western Mass., behind Hampshire for many years,” Westfield coach Mike Rowbotham said. “Despite the loss and unremarkable times today, we continue to train well … I’m optimistic for the rest of the regular season and I especially like the outlook for our postseason meets.
Amherst’s Sophia Jacobs-Townsley, Zada Forde, and Augusta Fricke claimed the top three spots. Westfield’s Sophie Gronbeck placed fourth with Mia McDonald, Mary Philpott, Ciara Hinck, and Libby Irwin rounding out the scoring positions.
Westfield returns to Stanley Park Tuesday for its final home meet against Ludlow.