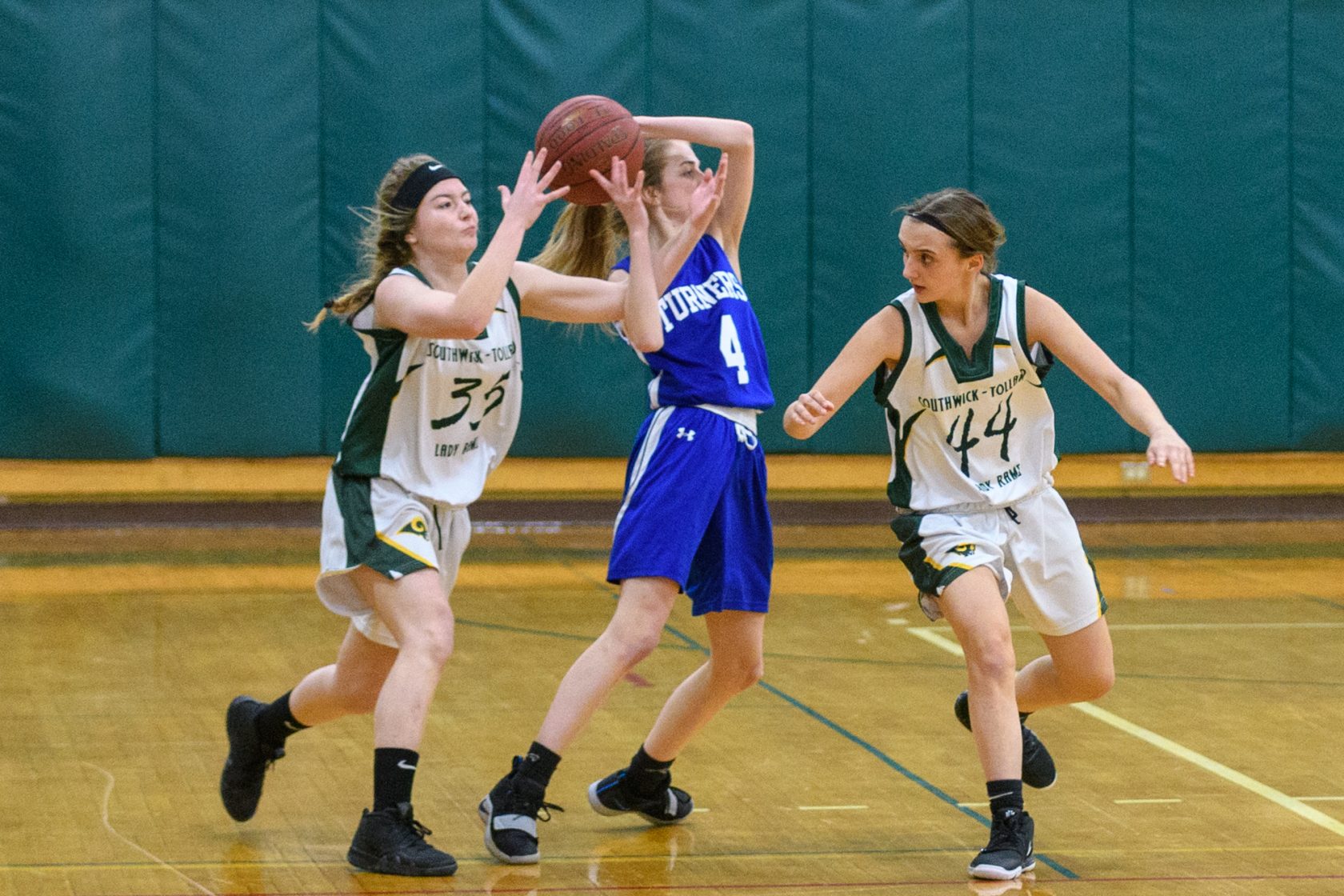 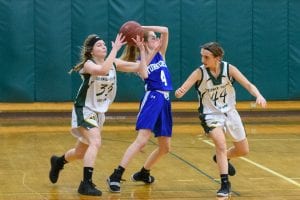 While the Turners player was focused on Morgan Grill (44), Hannah Burke (35) comes from behind and strips the ball Monday night at Southwick High School. (Photo by Bill Deren)

SOUTHWICK – While it was another hard day on the courts for several local high school basketball teams, one squad managed to come away with a win in large part to a history-making moment for one ball player.
Southwick’s Hannah Burke scored a career high 19 points to fuel a 53-35 drubbing of visiting Turners Falls Monday night.
Kathleen Shea and Maura Wurster finished with 10 apiece for Southwick, which evened its mark of 7-7. The Rams will look to next the step above .500 when they travel to Pioneer Thursday. Tip-off is at 7 p.m.
In JV action, Southwick doubled up Turners, 40-21. Michelle St. Jacques and and Sophia Andrade led the Rams with 11 and 10 points, respectively.

BOYS BASKETBALL
Lamirande, Collins pace Saints
Mohawk 65, St. Mary 37
Mohawk outscored St. Mary 43-15 in the second half to pull away. Both teams had battled to a 22-22 tie at the halftime break.
Jack Lamirande and Brady Collins scored 15 points apiece to lead St. Mary.
“We ran out gas,” St. Mary High School boys basketball head coach Joe Molta said. “We kept playing. We just didn’t have the horses to finish it.”