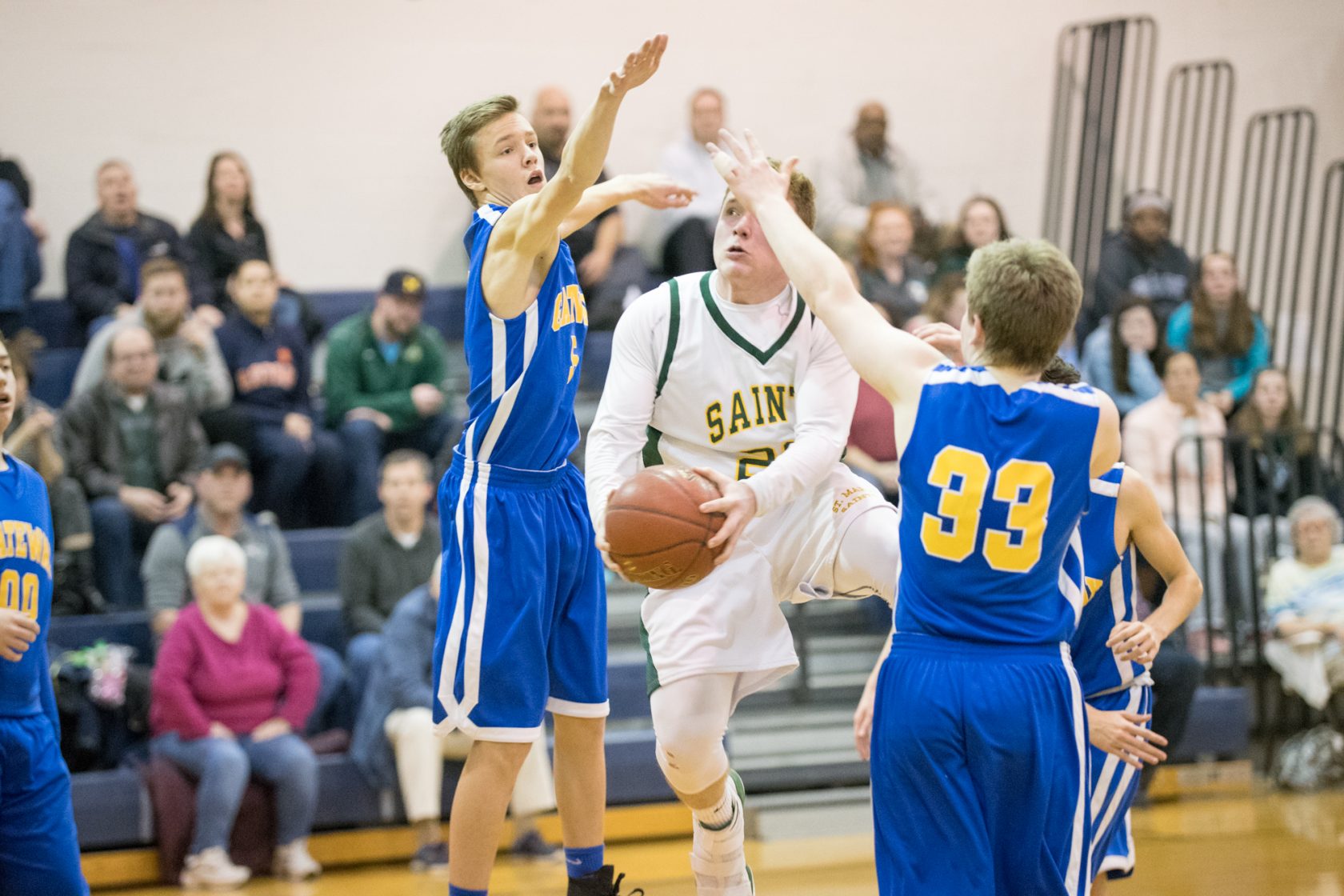 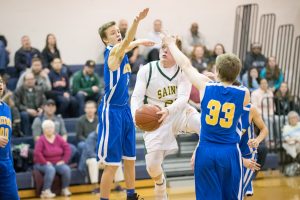 St. Mary’s Jake Butler is all concentration as he makes an underhand scoop shot for two points Wednesday against Gateway at Westfield Middle School South. (Photo by Bill Deren)

WESTFIELD – The Gateway Regional High School boys basketball team closed out its regular season with an inspired effort against St. Mary’s Wednesday at Westfield Middle School South.
Gateway’s Nathaniel Bushor sparked his team with a 15-point effort, but St. Mary’s Jake Butler exploded for 27 points as the Saints topped the Gators in a back-and-forth affair 46-41.
There were seven lead changes.
“(Gateway) wanted it more,” said Butler, who now needs just two points to reach 1,000 for his career. “We were a little bit lackadaisical.”
It was a nip-and-tuck first quarter with little separation between St. Mary and Gateway. Both teams combined for just 13 points in the second quarter.
In the third, Bushor took over, draining consecutive 3-pointers to help Gateway gain control of the game. The Gators entered the final quarter with a 3-point lead, 30-27.
Jared Russin (8 points) opened the quarter for St. Mary’s with a 3-pointer. Saints’ Andrew Florek (5) followed with a hook shot to tie the game 32-all.
Then Butler did it, netting 13 points over the final four minutes – hitting a jumper, stealing the ball and converting a lay-up, converting two free throws, going coast-to-coast on another fast-break lay-up, and making four more shots from the foul line to seal it.