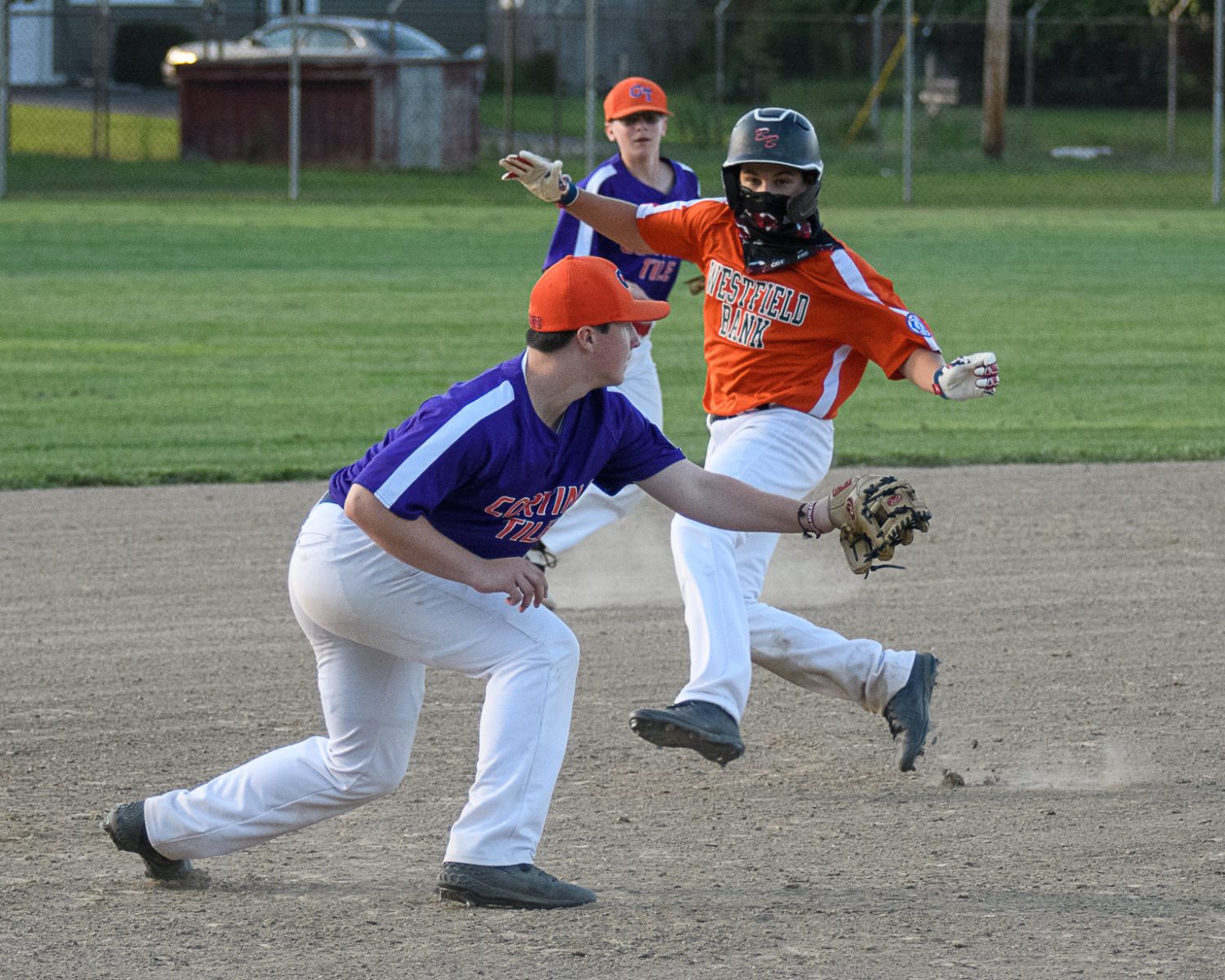 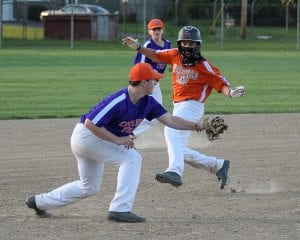 WESTFIELD – The Greater Westfield Babe Ruth Baseball Dan Welch City Cup tournament opened and the first “W” goes to … Westfield Bank.
Jacob Mello and Shea Byrnes hit consecutive two-run singles in the fifth inning to help fourth-seeded Westfield Bank cash in a 6-3 win over No. 5 Cortina Tile in the Cup opener Tuesday at Bullens Field.
Although Westfield Bank doubled up Cortina Tile in the end, it was a tight-knit contest throughout.
Cortina Tile lead-off batter Walter Ninotti was hit by the first pitch of the game. He stole a base and scored on an errant throw toward the bag. Josh Mayo drew a two-out walk and scored on a towering Emmett Garfield double to left center field.
Westfield Bank immediately chopped the lead in half in the bottom half of the first inning. Dacota Durkee walked and eventually came around to score on a two-out line drive single that Mello drove up the middle of the infield.
Westfield Bank threatened to tie or possibly even take the lead when three free passes loaded the bases in the bottom of the fourth, but Garfield came on in relief to force a quick fly out near the third base bag to end the inning.
Cortina Tile squandered a chance to score some runs as well. After back-to-back one-out walks in the top half of the fifth – one each from Westfield Bank starting pitcher Deven Werbiskis and the bullpen, Raymond Vergara came on in relief to force a ground out and strikeout to get his team out of a jam.
Werbiskis pitched 4 1/3 innings of of one-hit ball, striking out seven batters, walking three, and hitting one by pitch. He left his team in good position.
A Cole Page single and two hit batsmen (Werbiskis, Durkee) loaded the bases for Westfield Bank in the fifth inning. An infield error knotted the game at 2-all. Mello drilled a two-run single down the third base line for a 4-2 lead. Byrnes hit a two-run single to right field, giving WestBank a four-run advantage.
Cortina Tile put forth one last run.
In the seventh, Ninotti singled with two outs. Consecutive walks loaded the bases. A bases-loaded walk from Mayo led to a run, but reliever Durkee struck out the next batter to end the game.
Westfield Bank advances to take on top-seeded ITI Thursday at Bullens Field at 8 p.m.

No. 3 Advance MFG 14, No. 6 Berkshire Insurance Group 2 (6 inn.)
Jayden Rodriguez slammed a bases-clearing, two-run double; Brayden Burgielewicz doubled, tripled and knocked in a run; and the defending champions, Advance MFG won a mercy-shortened Cup game on the opening night of the Dan Welch City Cup tournament.
Rodriguez’s extra base hit with the bases loaded in the third inning actually resulted in four runs as some wildness from the BIG defense allowed two more runs to score on the play, an epic “slam” of sorts.
Tyler Sampson and Ethan Johnson also doubled for Advance.
Advance MFG will next take on No. 2 Batter’s Box Thursday at Bullens Field at 5:15 p.m.