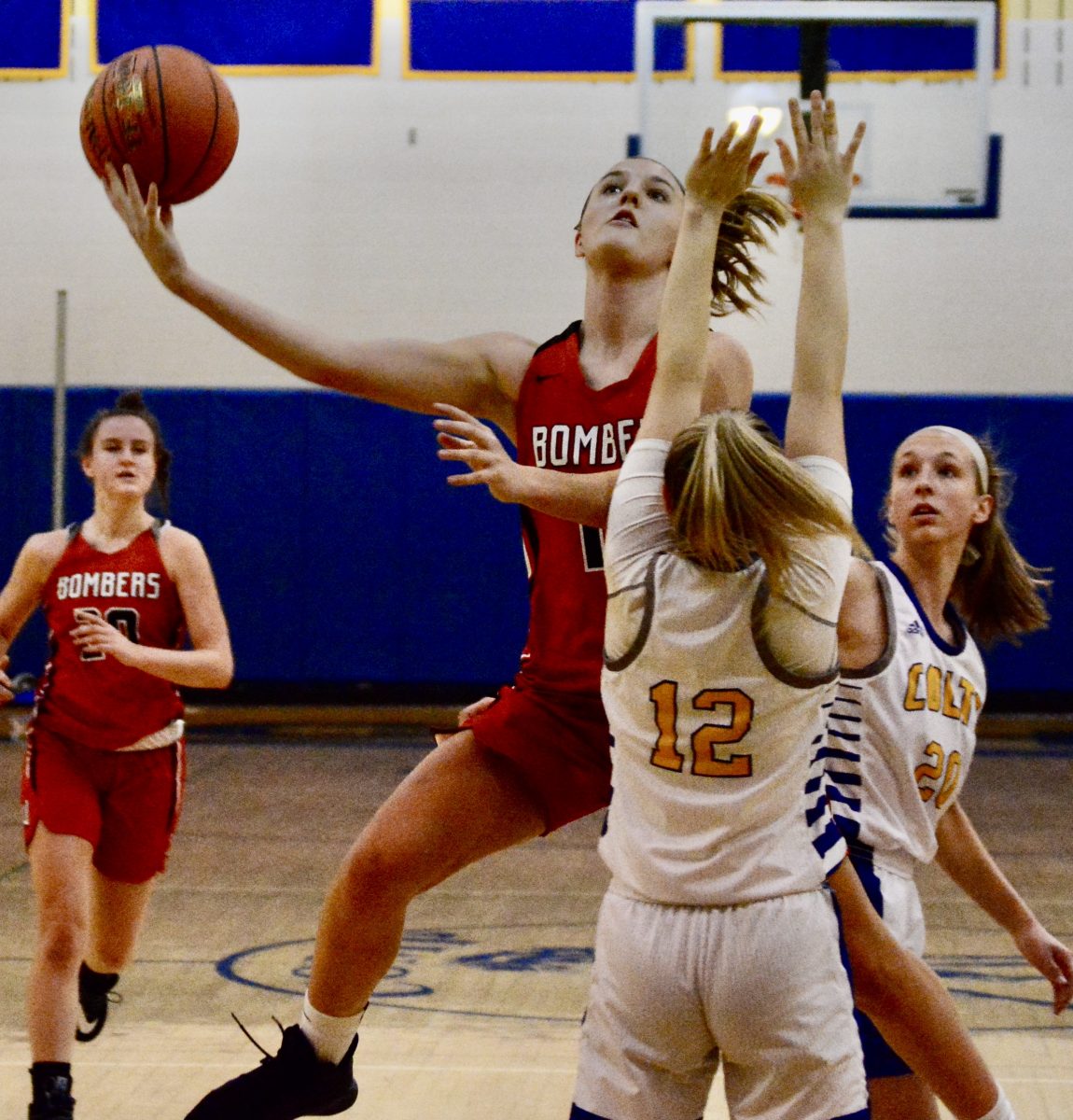 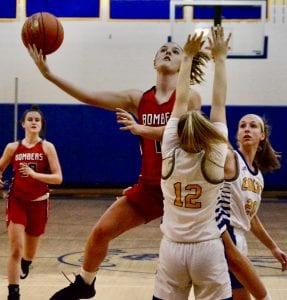 CHICOPEE – For the first time in recent memory, the Westfield High School girls basketball team is tournament-bound.
Westfield punched its ticket to the postseason with a 54-28 win over host Chicopee Comprehensive Tuesday night. It was the 10th win of the season for the Bombers (10-8).
“It’s been building even in previous years,” Westfield girls basketball head coach Dylan Willey said. “This group is one of the better ones. All of the ups and downs were a pre-test for the real exam.”
Westfield junior Chandler Pedolzky earned extra credit, scoring a game-high and season-high 24 points.
“I’m super excited,” Pedolzky said, regarding her team’s first playoff berth. “Sometimes it didn’t show in the games we were playing, but it’s finally starting to click for us.”
On Tuesday night, everything came together over the game’s final three quarters. Both teams played to a 12-12 tie through the first eight minutes of the contest. Westfield built a 26-18 lead at the half.
In the third quarter, Pedolzky single-handedly knocked the competition out of contention by hitting consecutive 3-pointers, and then stealing the ball near mid-court and laying the ball up to complete a 10-0 run. The Bombers led 34-19 with 4:55 remaining in the quarter.
“Being more a soccer player,” Pedolzky said, “I’m always saying ‘what can I do next.’ Normally I’m not much of a shooter, but I kept saying ‘why not.’”
Once Pedolzky secured a double-digit lead for Westfield, the Bombers maintained a sizable advantage for the remainder of the game.
Early in the fourth quarter, Saige Smith banked a three off the backboard and nailed a two to put Westfield up 42-23.
Chicopee Comp soon cut its deficit to 15. Pedolzky responded with a 2-point bucket, another 3-pointer, and stole the ball and laid it in for a 49-27 lead. With 3:03 left, the team’s 1,000 point scorer, Olivia Hadla drained a three.
Hadla and Smith each finished with nine points.
“I’m happy for the team,” Pedolzky said. “I’m excited for our coaches and players.”
For Pedolzky, it is an extension of the success enjoyed this past fall when the girls soccer team won a Western Mass championship crown.
“It’s been a special year for a lot of our sports teams,” Pedolzky said. “Hopefully, we can make it happen with basketball.”
Westfield still has two regular season contests remaining – at East Longmeadow (Feb. 14) and at Minnechaug (Feb. 19) – before the postseason begins.
Said coach Willey: “Hopefully, we will give them a run for their money.”