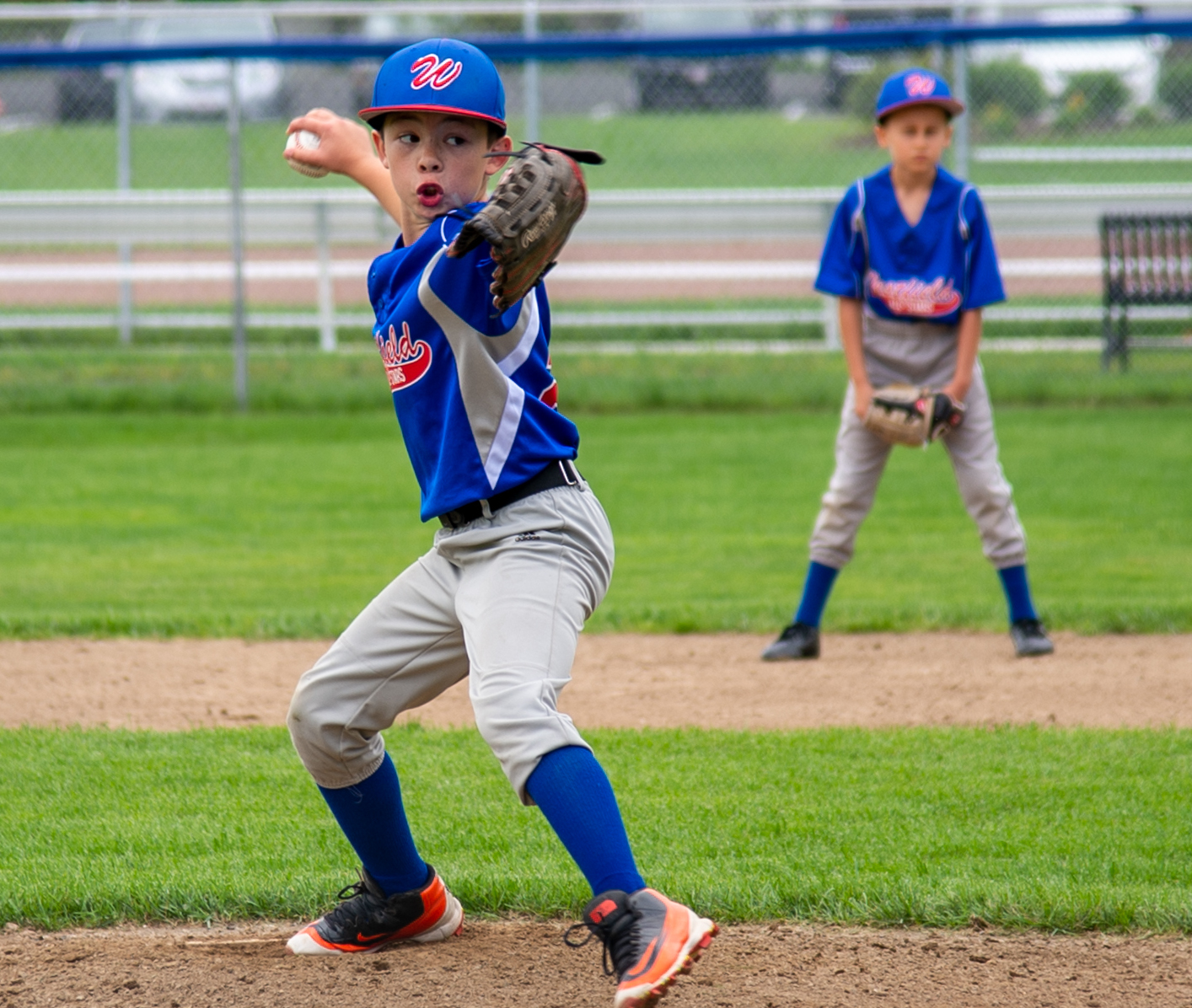 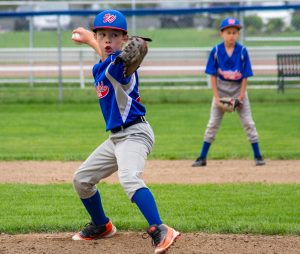 Taking the mound for Westfield in their semifinal game against Southampton, Clayton Cigal (23). (BILL DEREN PHOTO)

UPDATED 7/11
WESTFIELD – Westfield pitchers Clayton Cigal and Dustin Piper tossed a combined two-hitter as the hometown city’s Little League Baseball 8-10-Year-Old All-Stars advanced to the district championship with a 6-1 win over Southampton Saturday at Ralph E. Sanville Memorial Field on Cross Street.
Cigal struck out six batters and Piper recorded five Ks.
Despite issuing six walks and being charged with Southampton’s only run, Cigal was a major force on the mound.
Cigal got into a major jam in the second inning, walking three straight batters to load the bases before jumpstarting an incredible series of defensive plays. With the bases juiced and no outs, Cigal threw a wild pitch. Catcher Austin Sadowski raced to the backstop, tracked down the ball and fired it to Cigal at home plate to tag out the Southampton base runner. Meanwhile, Southampton’s other base runners attempted to move up on the basepaths, but Cigal turned and fired to third base. Westfield’s third baseman, Andrew Almeida applied the tag for the inning’s second out. Cigal struck out the next batter to end the threat.
Cigal kept going strong as the game progressed.
Despite walking two straight batters to begin the third, Cigal retired the next three batters – – the final two by strikeout.
Logan Bard got things started for Westfield’s offense, logging the team’s first hit in the third. Two consecutive walks – – one each from Jacob Elmer and Dylan Rozell – – loaded the bases. A well-hit sac-fly to right field scored a run.
After giving up a tying run in the top of the fourth, Westfield quickly regained the lead in the bottom half of the inning. Consecutive walks from Jackson Barnes and Matty Schortmann, a run scoring error on a ball put in play by Elmer, a Rozell RBI hit, wild pitches, and a stolen base resulted in a 5-1 score.
Cigal manufactured an insurance run for Westfield in the fifth inning, drawing a walk, stealing second base, and advancing to third and scoring on consecutive wild pitches.
The district championship Sunday at Strople Field in Longmeadow was postponed due to rain. 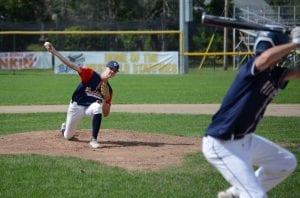 BABE RUTH BASEBALL 14-YEAR-OLD ALL-STARS
WMASS CHAMPIONSHIP (Best-of-3)
Game 2 – Pittsfield 12, Westfield 2 (6 inn.)
Pittsfield eliminated the Whip City’s 14-Year-Old All-Stars from the Babe Ruth Baseball postseason tournament.
Things unraveled for Westfield in the top of the fourth inning when Pittsfield batted around, scoring five runs. Errors and wild pitches plagued the hometown team.
Pittsfield increased its lead to eight in the fifth and led 12-0 after 5 ½ innings.
Westfield scored two runs in the bottom of the sixth when the opposition’s bullpen got a bit wild. Paul Lawry had Westfield’s lone hit – – a first-inning double off Pittsfield pitcher Anthony Friere.
In their tournament opener, Westfield pitcher Ethan Johnson suffered some bad luck. Despite pitching a no-hitter, Johnson and the Whip City’s 14-Year-Old All-Stars lost 1-0. Pittsfield scored the game’s only run on a first-inning error. Johnson finished with 9 Ks.

BABE RUTH BASEBALL 15-YEAR-OLD ALL-STARS
WMASS CHAMPIONSHIP (Best-of-3)
Westfield’s 15’s will resume its first game of the tournament Tuesday night at 6 at Bullens Field with Pittsfield leading 2-0 after 4 ½ innings. Game 2 will be played immediately after the completion of Game 1. If the series is tied at 1-1, a third and final game will be played Wed., July 14 in Pittsfield at 5:30 p.m.