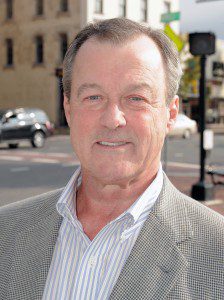 Ward 5 Councilor Robert A. Paul, Sr. will be retiring in January.(WNG File Photo)

WESTFIELD – Ward 5 Councilor Robert A. Paul, Sr. has announced his retirement from the City Council effective Jan. 5, 2019, as submitted by City Clerk Karen M. Fanion for Thursday’s meeting. Also submitted is the name of Leslie D. Lefebvre as the next highest vote getter for the Ward 5 seat.
When reached for comment, Paul said, “Basically it was a family decision, with where we are in our lives, things we have going on with our family,“ saying that he and his wife want to focus on their children and grandchildren.
“It was a difficult decision. I believe our Mayor and the city – all of the offices, whether DPW, Water, Gas and Electric, have really come together, and made a lot of great progress in how we run our complex infrastructure,” he said. Paul noted that the Governor has made visits to Westfield and the schools, acknowledging the accomplishments.
Paul also said he was fortunate to spend some years on the Gas and Electric board partnering with them, and serving with some “really terrific councilors.” He also mentioned his neighbor, Bill Chiba, who made sure he knew the history of what was going on in the city.
“I saw my job as an advocate for Ward 5. Everything I did was for the betterment for Ward 5,” Paul said, adding that, “I’ll be around town.”
City Council president John J. Beltrandi, III said the Council is losing “a great asset to Ward 5 and the city.” He said Paul has been a “champion” for his ward, spending a lot of time and energy on infrastructure projects, including sewer and streets.
“I’ll miss him. Bob is a friend. He’s somebody you can talk to and get a straight answer from. To say the least, he’s kind of a no-nonsense guy,” Beltrandi said. He added that Paul has a great business and financial mind, and contributed greatly to the city in these areas over his tenure.
Beltrandi said that he and Paul met with Lefebvre on Monday, and “got him up to speed.” He said they went over process, and introduced him to people in City Hall.
LeFebvre said he’s excited, calling it “a dream come true.” He ran against Paul in the November, 2017 election, getting 549 votes. “I lived in Westfield all my life, and in my residence since 1974. I wanted to do more in the community and try public office,” he said on Wednesday.
LeFebvre has worked over 35 years in the Aerospace Industry as a project engineer; 25 for Hamilton Standard, and 15 for CDI Aerospace. He now serves as a senior project engineer for Belcan. He said he is familiar with running projects in a timely manner within costs.
“My main goal is to serve the citizens of Ward 5 in a timely manner on any issues and concerns they have,” LeFebvre said. He said he will focus on improving infrastructure and business in his ward, but that he is always available to work on any concern that residents might have. 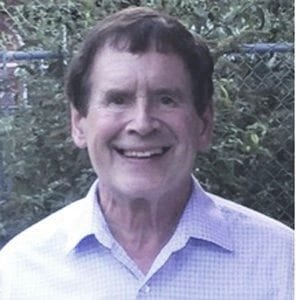 Leslie D. LeFebvre will take over the Ward 5 seat in January. (Photo submitted)

LeFebvre acknowledged that Westfield has a lot of issues, especially water and sewer, and believes he will be able to bring his experience to help move projects along. He said he plans to attend Thursday’s meeting.
The Ad-Hoc Treasurer/Collector Screening Committee will also recommend Matthew Barnes, MA, CPA for the City of Westfield Treasurer/Collector. Barnes currently serves as a member of the Water Commission. “The process worked,” commented Beltrandi, saying he’ll be good fit for the position.
Also on the agenda from the Mayor’s office is a request for immediate acceptance of a grant of $12,000 from the Executive Office of Public Safety to the Westfield Police Department for traffic enforcement and equipment, and a gift donation to the Westfield Historical Commission from Robert Madison on behalf of the Southwick Historical Society for two street plaques marking the Westfield Canal.
An appropriation of $188,700 for the city’s 20% share of grants from MassDOT/Aeronautics Division to the Airport Department for plow blades, construction of a new airport ramp, and a self-fueling Av-Gas system will also be considered, as will a $75,000 grant from the Community Preservation Commission -Affordable Housing account to Powdermill Village.
An application for a Special Permit for a wholesale car dealership at 66F South Broad Street will be referred for a public hearing.
Reports will also be heard from the Finance Committee, Legislative & Ordinance, and Zoning, Planning and Development committees.