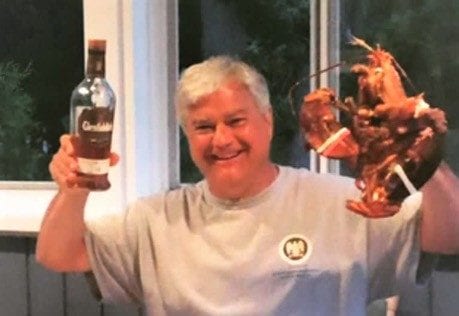 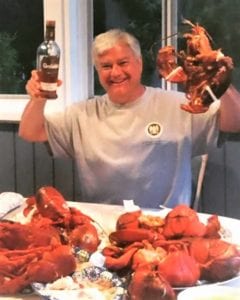 David Broderick, a Westfield native and resident of West Springfield, was among the passengers killed in a B-17 bomber crash at Bradley Airport Oct. 2.

WESTFIELD – City native David Broderick was among the victims of the World War II-era B-17 bomber crash at Bradley Airport Oct. 2.

Broderick, 56, was a WW II buff who had taken the opportunity to fly in the retired, civilian-registered plane associated with the Collings Foundation, an educational group that brought its Wings of Freedom vintage aircraft display to the airport.

According to the Associated Press, the vintage bomber — also known as a Flying Fortress, one of the most celebrated Allied warplanes of WW II – was used to take history buffs and aircraft enthusiasts on short flights, during which they could get up and walk around the loud and windy interior.

A member of Broderick’s family said he loved WW II, history and aircraft and had previously taken his two adult sons on a trip to Normandy, France to explore its historic features.

A devoted husband and father, Broderick worked for Hamilton Sundstrand and Collins Aerospace. He loved spending time with his family, especially his sons, and enjoyed eating steamers and lobster on Cape Cod.

Broderick, who lived in West Springfield, leaves his wife Dianne and their sons Joshua and his fiancée Stacey Gurz, of Connecticut, and Christopher, of Westfield. He also leaves his parents, George and Shirley Holt of Westfield, his sister Darlene Klaubert and her husband Russell, of Westfield, his grandmother Georgette Russell of Westfield, as well as several aunts and uncles, nieces and nephews. He was predeceased by his brother, Paul Broderick, in 2018.

The plane had 13 people on board, including 10 passengers. At press time seven people had died and others were being treated for injuries. Associated Press reports that after taking off, the plane’s pilot requested it return for a landing almost immediately and crashed into a de-icing building while attempting to land.

Among the victims were pilot Ernest McCauley, 75, of Long Beach, California, and co-pilot Michael Foster, 71, of Jacksonville, Florida. The other passengers killed in the flight were James Roberts, 48, of Ludlow; Robert Rubner, 64, of Tolland, Conn.; Gary Mazzone, 60, of East Windsor, Conn. and Robert Riddell of East Granby, Conn.