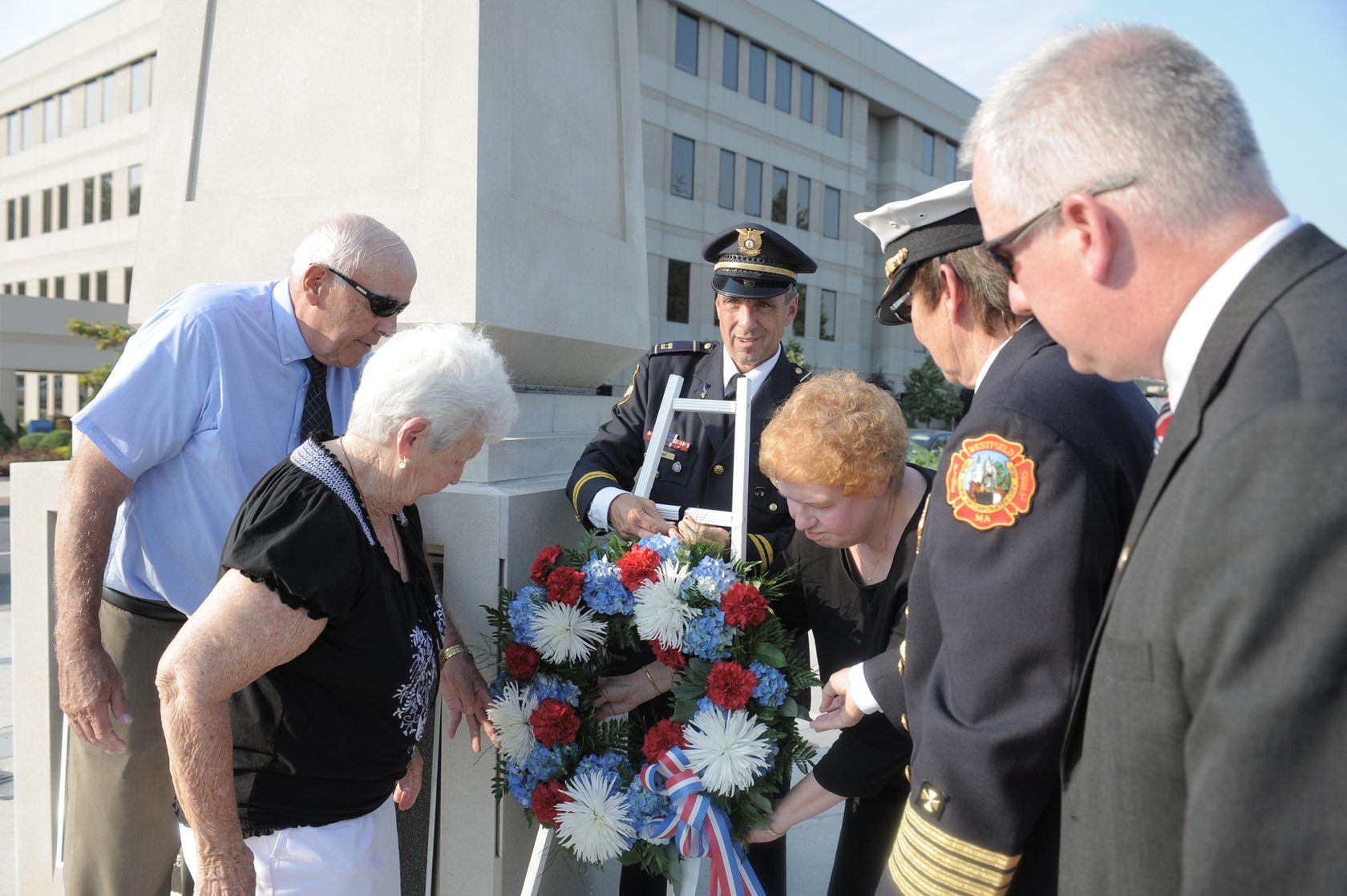 WESTFIELD/SOUTHWICK – The 19th anniversary of the Sept. 11, 2001 attacks will be remembered this Friday, with social distancing in place in Westfield and Southwick. 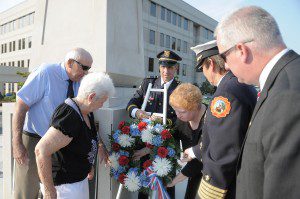 Two observations will be hosted in Westfield Friday, and one in Southwick.

In Southwick, the ceremony will begin at 9:50 a.m. at Whalley Park.

At 9:45 a.m. a remembrance to honor fallen firefighters will be at Westfield Fire Headquarters on South Broad Street.

At 11 a.m., Mayor Donald F. Humason Jr. will be joined by families of the Westfield natives who fell victim to the attacks with a wreath laying at the 9/11 Monument, located at the head of North Elm Street, across from the Westwood Building at 94 North Elm St. 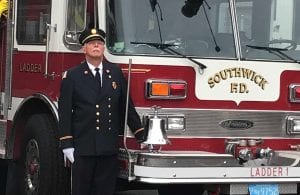 Southwick Fire Lt. Paul Johnson tolls the bell in honor of those firefighters who lost their lives Sept. 11, 2001 in a past 9/11 remembrance ceremony. (THE WESTFIELD NEWS PHOTO)

Westfield Fire Chief Patrick Egloff said participants and spectators are required to wear masks and during the ceremony at Fire Headquarters, those observing the ceremony should stand across the street.

“We will have a microphone so people will be able to hear,” he said.

Egloff said even during a pandemic, 9/11 must be remembered.

“You can’t forget,” he said, “we had 343 firefighters that lost their lives. It was absolutely a national tragedy and I never want to forget.”