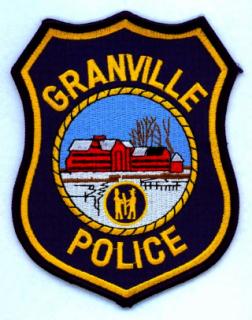 GRANVILLE – The Granville Police Association, Southwick-Tolland-Granville School District, family, friends and the wider community have come together to help the Giroux family in Granville who lost their home and belongings in a fire on Oct. 30.
Granville Police Chief Rick Rindels said the police department, located in Town Hall at 707 Main Road has set up a drop off for donations in the lobby, which is open 24/7. He said the public has been really receptive and has dropped off many donations already.
On Friday, Rindels said they had received quite a bit of clothing donations. “The most logical, at this point, would be gift cards, cash or check donations to help the family relocate,” he said.
The school district is supporting the family by supporting the efforts of the Granville Police Department, and sharing the information about donations to the school-wide community. According to the district administrative assistant, they have a close partnership with Granville Police, and thought that would be the best way to get everyone going in the same direction.
The Giroux family has a son in second grade, and a daughter in sixth grade in the district.
Family members also set up a GoFundMe page for the Giroux’, which raised $3,000 the first day, towards a goal of $5,000.
According to the message on GoFundMe, everyone escaped unscathed, but the family lost “just about everything to fire, smoke and/or water damage.” They said once they find a new place to live they will have to refurnish the living room, kitchen/dining room, and all the bedrooms, and said any and all support is greatly appreciated.
The family also expressed appreciation for the “outpouring amount of support and love we have all already received from family, friends, neighbors and the community as a whole.”
Chief Rindels said the status of the house is questionable, but it looks like a total loss. The fire appears to have been electrical, and may have been caused by a cell phone that got hot when it was charging, according to Rindels.