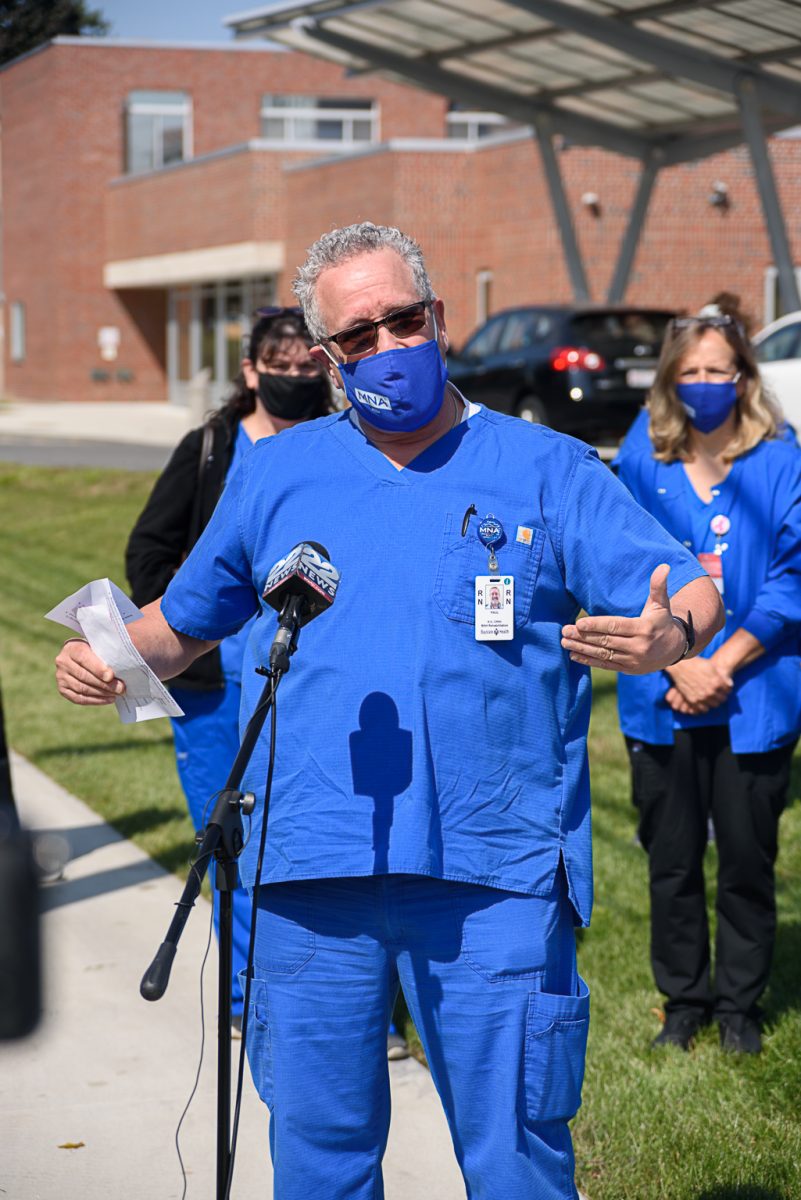 WESTFIELD- Local community leaders and members of the Massachusetts Nurses Association (MNA) hosted an online public forum Tuesday to discuss the results of a recent survey in which community members overwhelmingly disapproved of recent and future cuts to Baystate Noble Hospital (BNH). 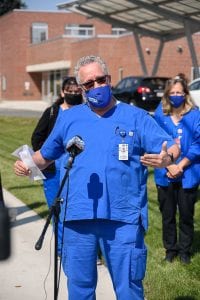 The main focus of the forum was the planned closure of the Fowler Mental Health Unit at BNH. In a recent survey, 90 percent of respondents said they were in favor of keeping the Fowler Unit open as well as reopening the intensive care unit that was closed last year. Baystate Health this summer announced a partnership with Kindred Behavioral Health to build a 120-bed regional behavioral health facility, possibly in Holyoke, that would replace smaller units in area hospitals.

Former City Councilor Babinski said Baystate Noble’s location in Westfield was important because the hospital serves not just the City of Westfield, but several of the outlying communities as well.

Also present at the forum was Westfield Fire Capt. and Fire Union President Keith Supinski. He said that the recent changes to BNH have made it difficult for emergency responders to quickly figure out whether a patient is supposed to be transported to either BNH or Baystate Medical Center, 30 minutes away in Springfield.

“It puts a big burden on Westfield firefighters,” said Supinski, “On a busy day it becomes an express train going back and forth.”

Mary Martin, an RN in the BNH Emergency Department, said that the cuts to the medical floor have led to increased wait times for people who need the emergency department.

Holyoke Mayor Alex Morse talked about his family’s experience with BNH and the Fowler Wing. Morse’s mother had been admitted to the Fowler Unit on multiple occasions, and he said that the close location of BNH made it easier for him to visit with his mother and really help her out while she was admitted.

“There are bigger inpatient psychiatric settings, but Fowler is more intimate and it allows you to get to know the nurses better,” said Morse, “It wasn’t as daunting of a prospect to go to Fowler every day.”

Morse also took the time to advocate for a Medicare for All single-payer healthcare system, which he said would prevent situations where one may be unable to afford life saving care because of their insurance.

Lauren Woodard, the program coordinator at the Forum House in Westfield said that the closure of the Fowler Wing would be “absolutely devastating.”

“For many people maybe it’s a question of ‘I need to drive another half hour’, but for a majority of our members, it is a decision of ‘how could I possibly access these services because I don’t have a car’,” she said.

Rachel Desmond, a community member, was invited to speak about her experience with recovery in the Fowler Unit.

“The Fowler Unit at Noble Hospital was really a vital stepping stone in my recovery. I had the worst episode of my life back in 2017 and became homeless after,” said Desmond.

She said she went to the Fowler Unit, and that the kindness displayed to her by the employees there helped her on her path to recovery. The social workers at the unit knew she had nowhere to go when her stay was over, so they got her a bed at one of the local homeless shelters.

“I’ve stayed in many psychiatric units in the area and the Fowler Unit by far was my favorite and best experience,” said Desmond.

BNH President Ron Bryant was invited to attend the forum to discuss the grievances held by community members, but he declined. In an open letter, Bryant cited ongoing contract negotiations with the MNA as a reason for not attending, as he does not feel it would be appropriate to discuss them in a public setting while the negotiations are ongoing.

He also said the MNA was engaging in a “consistently confrontational and divisive approach” and that the MNA survey relied on fearmongering and vague accusations.

Dubin announced during the forum that the MNA would be holding a picket line on Oct. 21 at noon in front of BNH to put pressure on Baystate Health to offer the MNA a better contract.