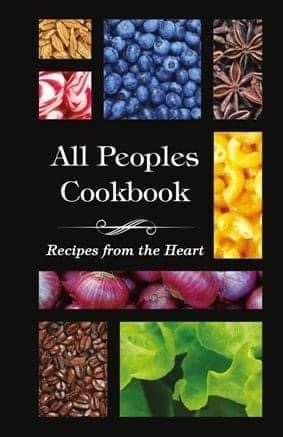 SOUTHWICK-The recipes in the new All Peoples Cookbook, a fundraiser of the Southwick Community Episcopal Church, are heart-centered, according to Rainbow Shaer who spearheaded the effort last year.

“The cookbook recipes are from people’s hearts,” said Shaer, who reached out to parishioners early during the pandemic to see if there was interest in working on the cookbook.

Shaer said she had first proposed the idea five years ago but the timing wasn’t right.

“As the pandemic continued we formed a committee,” said Shaer, noting volunteers Sheila McCarthy, Elaine Stearley and Barbara Bigda-Wesniak were eager to share their recipes and time to the project. 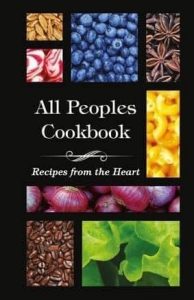 Parishioners from the Southwick Community Episcopal Church are selling a legacy cookbook as a fundraiser. (SUBMITTED PHOTO)

While the committee handled the logistics of organizing the cookbook as well as contributing their own recipes, everyone from the church was also welcome to share their favorite recipe for possible inclusion in the endeavor.

“We followed a template from the Morris Publishing Company, based in Nebraska,” said Shaer, noting the goal of the cookbook was to keep the price affordable.

The cookbook features sections including appetizers and beverages, soups and salads, vegetables and side dishes, main dishes, breads and rolls, desserts, and cookies and candy.

“We also have a This ’n That category that is a catch-all for some recipes,” said Shaer.

Shaer said what sets this cookbook apart is the prayer that went into the planning of the endeavor.

“When we started working with the publishers we started with prayer,” said Shaer, adding, “Food is medicine; it’s a God thing.”

The 231-page cookbook has a special recipe at the end titled “A Recipe for Inner Peace.”

“A Recipe for Inner Peace is Psalm 46:10 – ‘Be still and know that I am God,’” said Shaer, noting the publishing representative she was working with read it and said to Shaer that the psalm calmed her down after a hectic day at the office.

Shaer said the committee chose the cover artwork because of the “interesting colors.”

“The All Peoples Cookbook represents all people,” said Shaer. “The cookbook is filled with great quotes and features including pantry basics and staples, as well as scriptures for all people.”

The women did a first printing of 300 and half of their inventory is already gone.

“When the books arrived Feb. 1 I did a traditional Native American blessing first over the books, followed by a religious blessing,” said Shaer, noting because of the COVID-19 pandemic, the committee members have been meticulous in ensuring the cookbooks were handled as little as possible.

“It’s all blessed with God in it,” she said.

The limited edition cookbook, priced at $12, is available by contacting Shaer via email to [email protected] or by calling the church at (413) 569-9650. The church is located at 660 College Highway. Cookbooks can also be mailed with a small postage fee involved.

“The cookbooks have been blessed and would make a nice gift for anyone, including a grandchild or grandchildren,” said Shaer. “When the books first arrived we were so excited. We washed our hands constantly, working from morning until early evening that first day to put each one in a clear, pristine archival quality bag.”