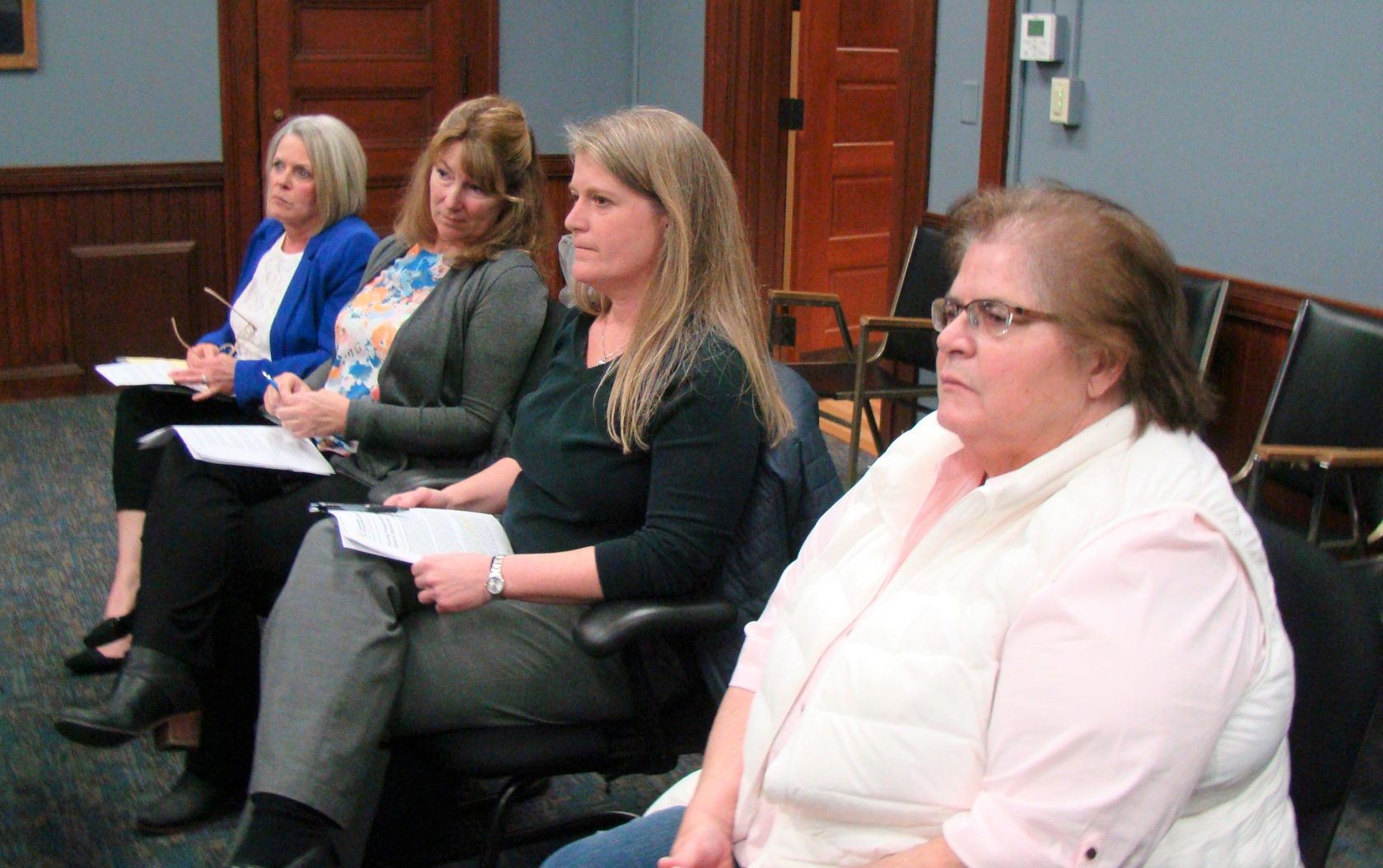 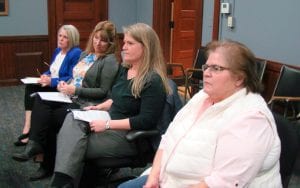 WESTFIELD – The Community Preservation Committee (CPC) continued its discussion regarding the deed restrictions attached to Community Preservation Act (CPA) grants at its April 8 meeting. Representatives from the Westfield Athenaeum and the YMCA of Greater Westfield, both of whom have outstanding deed restrictions, came to question the permanent time frame on the restrictions.
The deed restrictions have been a source of contention recently between applicants and the committee. At its meeting on Oct. 11, the CPC voted unanimously to hold 80% of the funds until the deed restrictions are completed.
The questions have come up in part due to the committee’s willingness to consider a 30-year local restriction from Stanley Park for renovation of several of the Colonial Village buildings. This consideration came after the park’s board members balked at the permanent restriction on the buildings, arguing that the private park was already a permanent park. Ultimately, the board of Stanley Park withdrew its application, choosing to raise the funds privately.
At Thursday’s meeting, Jayne Mulligan spoke on behalf of the Westfield Athenaeum, which received $850,000 three years ago, and has yet to turn in its deed restriction.
Mulligan said they had sent in the deed restriction to the state several months ago, but it was rejected. She said they resent it two weeks ago, adding they were lucky to have a lawyer on the board, Tracie Kester, to do the work. Mulligan said they put in their restriction for 35 years, and would like the local board to accept it. “If it can be accepted on a local level, can we do that and take the state out of it,” Mulligan asked.
CPC member Cynthia Gaylord, who represents the Historic Commission, asked why the initial application was rejected by the state.
Mulligan said they wanted more pictures, and from different angles. “Why does it have to go to the state, instead of locally?” she asked.
City Planner Jay Vinskey said the deed restriction must go to the state to make it permanent. He said there is one person in the state that reviews all of the projects. “The most you can enforce locally is 30 years. You did sign a grant agreement for $850,000 with a permanent restriction,” he said.
“You gave us $850,000 three years ago, we raised another $800,000 on our own. This is just one more hurdle,” Mulligan said, adding, “We did sign the agreement. At the time, we thought that was our only option,” Mulligan said. 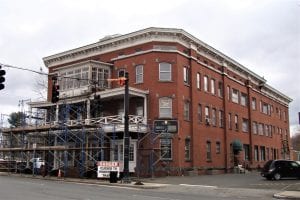 Scaffolding is up on the porch facade of the Hotel Bismarck, which was expected to begin renovations on Monday. (Photo by Amy Porter)

Vinskey said the Hotel Bismarck, which received $250,000 in 2016 to reconstruct the exterior porches on its Main Street façade, recently completed its deed restriction. He said the scaffolding is up, and reconstruction of the porches was slated to begin on Monday.
Mulligan raised the CPC’s willingness to do a local grant for Stanley Park. Vinskey said while that project didn’t happen, they did agree to a local restriction of 30 years for the historic Stowe House, which received a $6,000 grant to restore its chimneys. Vinskey said the committee also has not received that deed restriction as yet.
CPC At-large member William Porter called the Athenaeum renovation an “admirable project,” and said they did a fantastic job in matching the Community Preservation Act funds they were granted. “I see a trend starting to develop. We asked others in the past to do it. I would be reluctant to say we’re going to change the rules in the middle of the game. I would be reluctant to now say hold the line at the time (restriction),” Porter said. He said one option for grantees is to give the money back.
Also at the meeting to question the permanent deed restriction were the YMCA of Greater Westfield CEO Andrea Allard, Board President Lisa Oleksak-Sullivan and Vice President Deborah McCarthy.
Allard said the YMCA received a CPA grant for $93,900 for much-needed repairs to the slate roof of the historic Taylor Mansion. She said the total project came to $123,000.
Allard said they hired a lawyer to draft a local land-based deed restriction based on the grant they received and the scope of the work. “We were going to propose a restriction of 10 years, based on the life of the work,” Allard said, adding, “It was always our intent to maintain the Taylor mansion. Jane Gillette bought it, and donated it to the YMCA in 1938.”
“It’s been there 183 years, but the work will only last 10 years?” asked Porter.
Allard said the roof was not replaced but patched, and they could have gone a cheaper route in fixing it. “The YMCA is here to serve the needs of the community. Right now, it’s a day care,” said Allard.
“We’re very appreciative, but honestly, we didn’t understand the permanent restriction,” added McCarthy.
“If 30 years is your threshold, we’re not married to 10,” said Allard. She said the deed restriction is so restrictive, that it includes the grade of the parking lot and the entire building. She said it is hard to get the footprint just for the Taylor Mansion, which is adjacent to the YMCA. “It entails all these things we never considered,” she said.
Vinskey said the restriction should be just for the exterior of the Taylor Mansion, but Allard said when the lawyer wrote it, it was for the whole property including the parking lot.
“You’re making a public investment on a structure of historic significance. (You have to) weigh what that investment is,” Vinskey said to the committee, and reminded them that going forward, they are requiring the deed restriction before releasing grants.
Porter said he was not hearing a lot of support from the committee for anything less than in perpetuity.
“If we do authorize and pay for work that has a shelf life, should we put a permanent restriction on it? It’s a slippery slope,” said CPC Chairman Thomas E. Sharp, adding, “We’ve made a pledge to the taxpayer. If I were to make the exception, it might be for the library or the YMCA.”
CPC At-large member Joseph Muto acknowledged that the amount of money the YMCA received was significantly different than the library. He suggested putting a dollar limit on the permanent deed restriction, and said he felt comfortable with $100,000 as the limit. “It would probably be good for everyone to think about what dollar limit,” Muto said.
“The restriction they’re asking for, I don’t think is unreasonable. If we do it locally, it’s still 30 years,” said CPC member Daniel Kelly, representing the Housing Authority.
Sharp asked who would do the local grant restrictions if they agreed. Vinskey said the Law Department, who would probably consider the grants on a case by case basis. He said restriction-wise, they would be the same.
“I see two options – set a dollar amount, or continue the discussion,” said Sharp.
“I’m not confident about voting on it tonight,” said Gaylord, to which Sharp agreed.
“It’s in the grant agreement. Unless we have some guidance to change that, I would not telegraph the message,” said Porter.
Gaylord asked whether any other city put a cap on the permanent deed restrictions. “Are we the only one in Massachusetts? What have the others done?” she asked Vinskey.
“There is no requirement for a deed restriction; no requirement for a permanent deed restriction. It can be local or state, but has to be a public benefit,” said Vinskey.
“This all demonstrates when you yield once, everyone will ask you the same question,” Porter said, adding, “This is a grant. You’re getting this money at no cost.”
The discussion was tabled until the next quarterly meeting on July 11.