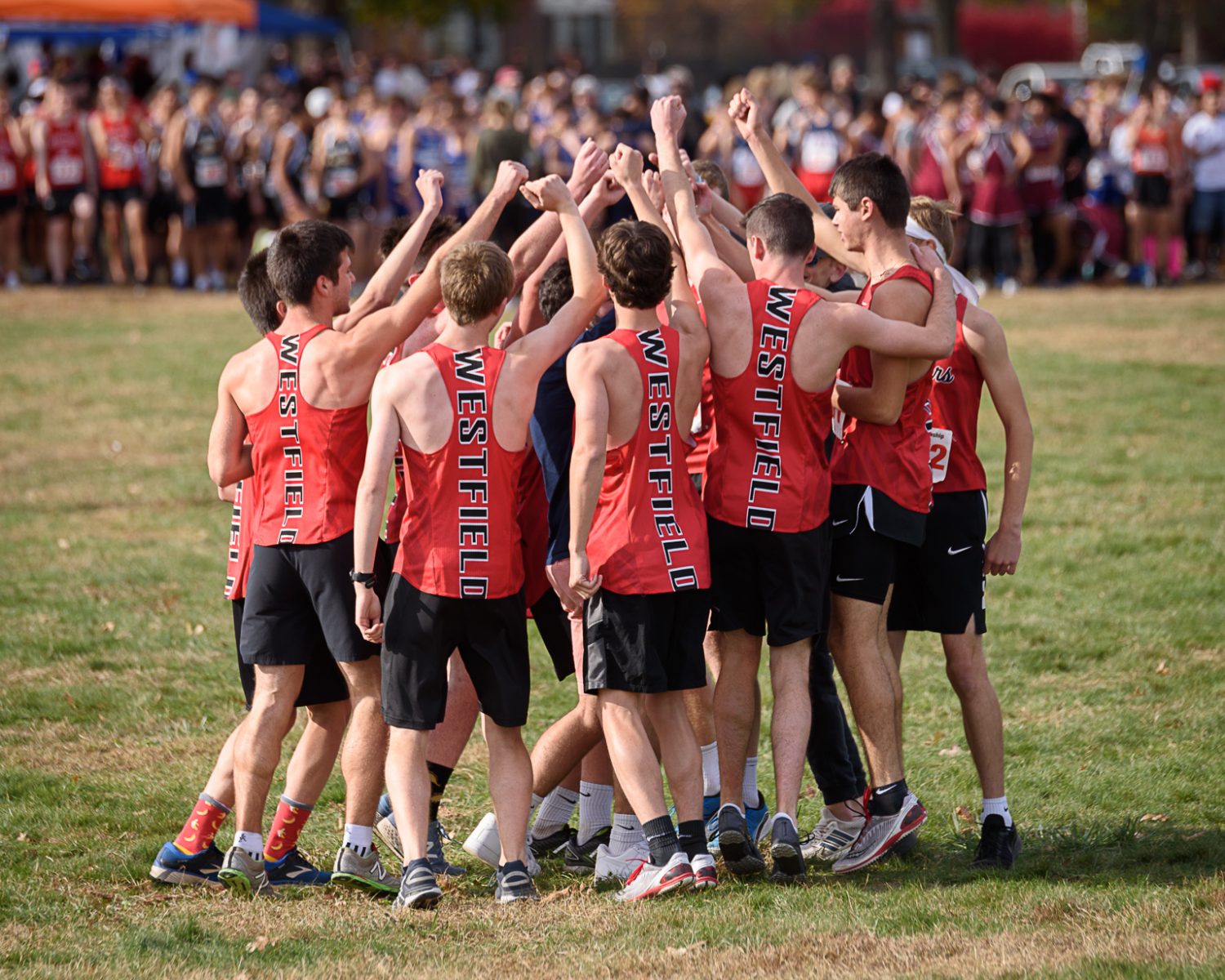 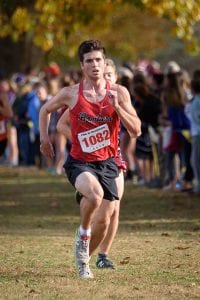 WESTFIELD – The Westfield High School cross country/track program might be running a constant uphill battle, but one dynamic Bombers’ duo has been soaring past the competition toward the finish line.
Westfield senior Kaleb Cree and sophomore Antonio Phaneuf cracked the top 15 at the Western Massachusetts boys cross country championships at frigid Northfield Mountain last month, finishing eighth and 15th, respectively, to earn a trip to the state championships. Cree finished the race in 5:39.2; Phaneuf recorded a time of 5:47.4.
“Every single run, every single workout, those two were pretty much neck-and-neck all season,” Westfield boys cross country head coach Charlie Newman said. “They did the maximum amount of work 100 percent every single day.”
It was the first time in five years that the Westfield boys cross country program sent two representatives to race at the all-state competition. 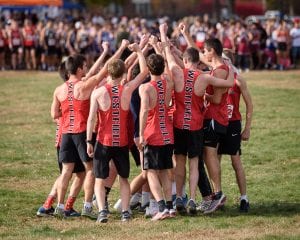 “We need to set a good bar so our program can keep getting better,” coach Newman said.
At the boys’ all-state race, Cree’s 5K time of 17:45 was good for 113th in a crowded field of the state’s top runners. Phaneuf was 143rd (18:07).
King Philip’s Mike Griffin won the race in 16:06. Northampton’s Tobias L’Esperance was sixth (16:28).
For several years now, Westfield has battled adverse conditions, moving from competition to competition without a true “home” to hone their sporting skills. While the Bombers’ cross country team races at Stanley Park, the school’s indoor and outdoor track team has been limited to practicing in the school’s hallways, and shuffled and shuttled to Westfield State University, and at Roots practice facilities of late.
Still, Westfield continues to find athletes who shine through naysayers prognostications of doom and gloom.
The competition better get used to seeing more of Phaneuf and Cree too with the indoor track season right around the corner. Phaneuf will compete in the mile, while Cree, who will attend Division 2’s Roberts-Wesleyan College next fall, will likely participate in the 2-mile, although his particular competing event was still up in the air as of press time.
The indoor track team – boys and girls – will open up the 2019-20 regular season Fri., Dec. 13 at 3:45 p.m. 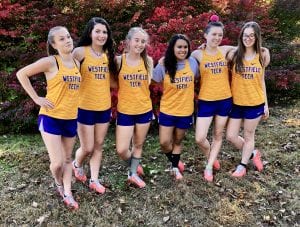 TIGERS’ GROWING ROAR: The Westfield Technical Academy boys cross country team placed 18th out of 23 teams at the Western Massachusetts Division 2 race to culminate the 2019 race season. Zach Cernak (20:45), Kirill Meinikov (21:43) and Evan Ploof (22:46) represented the Tigers’ cross country program.
“They were the leaders all year, and helped with the younger runners,” Westfield Technical Academy boys cross country head coach Ralph Figy said of his top three runners.
Five years ago, with the support of school administrators, coach Figy began the program with six runners. Today, they have 24.
“(My goal is) to continue to develop the program and make sure these kids have an enjoyable experience,” said Figy, who also served as an indoor or outdoor track coach with Westfield High School from 2004-2012. “They’re a great bunch of kids who worked hard. I’m looking forward to next year.”

RAMS’ SANCTUARY: As the underclassman on her cross country team, Southwick freshman Elleigh Sanctuary was just supposed to make some quiet contributions. But something happened along the way – the Rams’ top three runners entered the 2019 season injured or out for various other reasons.
Sanctuary was thrust into the spotlight, and emerged the team’s top runner. Southwick posted an 11-4 regular season record, and Sanctuary finished as an All-Western Mass and All-State selection, logging a 19th place finish at WMass.
Others stepped to the forefront too like freshman Kayla Crosier, junior Melanie Desroches, senior Henna Carr, and sophomore Ruby Francis.
“This was one of the most enjoyable groups I have ever coached,” Southwick third-year girls cross country head coach Stetson Arnold said. “I know it sounds cliche-ish, but they pulled for each other all along. They formed their own identity. They became their own team.”
Talented junior Hannah Giroux also returned from injury late in the season to provide some solid contributions.
Said Arnold: “They ran hard as individuals, piecing together the puzzle for our team.”
Arnold said if his team’s cross country runners continue to work hard in the coming months – several members of the team trained in the mountains of Granville during the summer months – the future for the program may be brighter than ever.